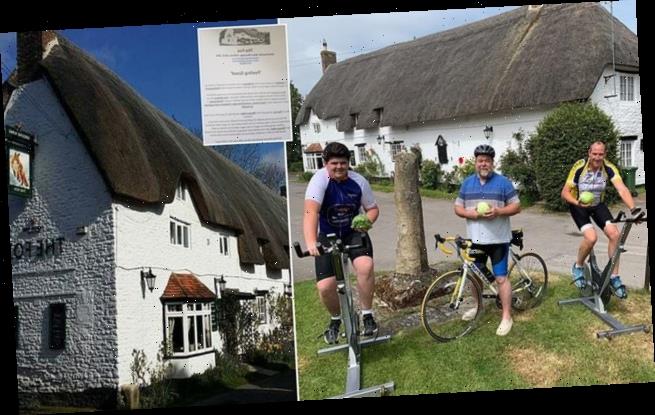 Fish and chips 'secret millionaire' offers £100 to locals who diet

A mystery good Samaritan who paid for 171 villagers to enjoy fish and chips every Friday over three months of lockdown, has now launched a very different initiative to help them lose weight.

The anonymous benefactor has been footing the bill for every villager in Denchworth, Oxfordshire, to enjoy fish and chips – normally £5 per head – cooked up by his local pub, The Fox, in Hyde Road, since March.

Not only have the residents enjoyed the free meal once a week, but it has also helped keep afloat the local 17th century pub, run by landlord Stephen Davidson, which like other establishments across the country was forced to close and now only offers takeaways and deliveries to the public. 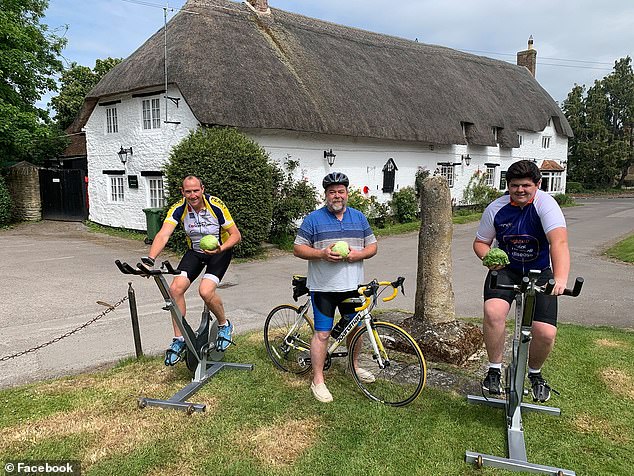 On their bikes: Residents in Denchworth, Oxfordshire are on a health kick after a mystery benefactor offered £100 to anyone who loses 10 per cent of their body weight in two months

In an effort to help his local area further, the  ‘mystery man’ – described as a ‘very wealthy in-betweener’ who splits his time between London and Denchworth – now wants to offer residents the incentive of £100 to anyone who loses 10 per cent of their body weight over the next two months.

While not a single case of Covid-19 has been reported in Denchworth, the good Samaritan is said to be motivated by recent data suggesting that obesity is a risk factor in a number of conditions – including high blood pressure, type 2 diabetes and heart disease – which account for three in four deaths caused by the virus.

And with one in three British adults now clinically obese, the UK has one of the highest rates in the world. 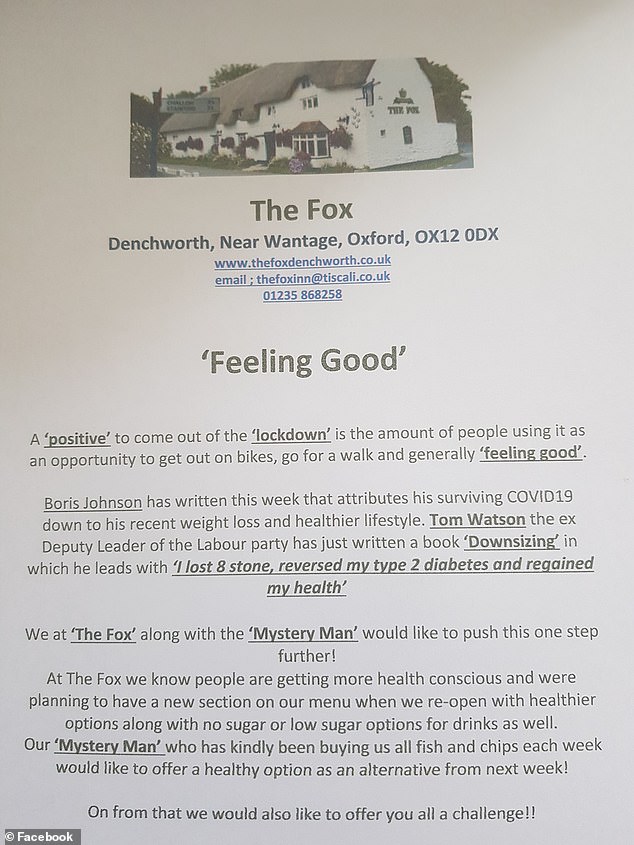 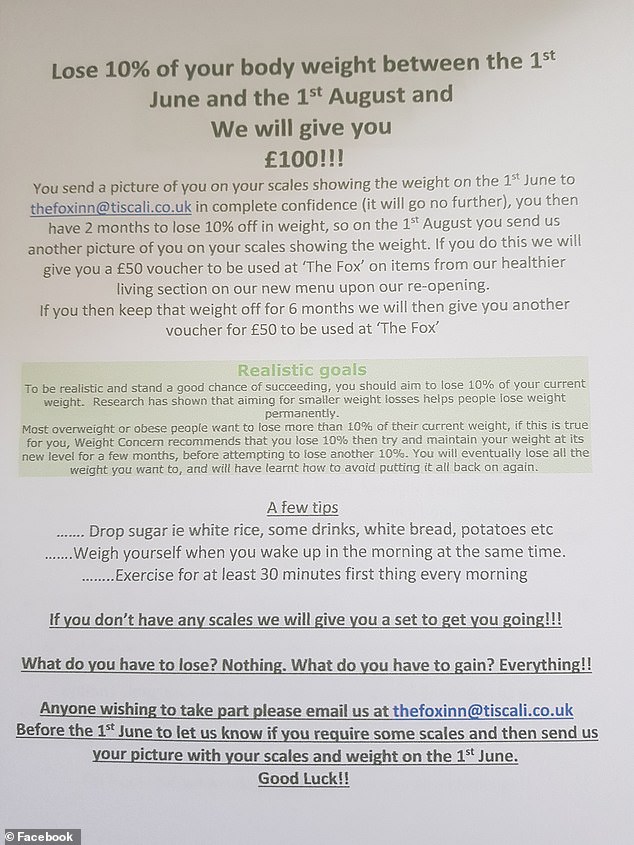 The details of the scheme, which was motivated by statistics on obesity and coronavirus

Earlier this month, NHS England published a breakdown of deaths by pre-existing conditions. Only five per cent of victims didn’t have an underlying issue.

High blood sugar levels can weaken the patient’s immune system defence, making it slower to respond to viruses such as coronavirus. 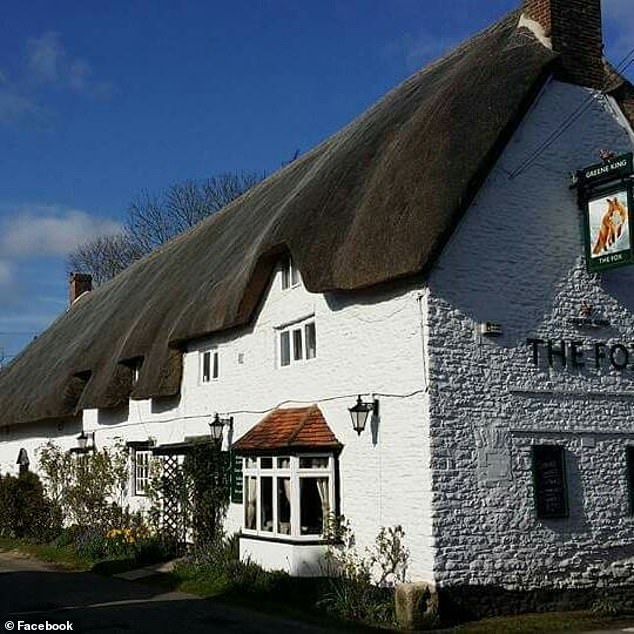 The 17th Centutry pub, The Fox Inn, has been delivering weekly fish and chips to the village

It’s also closely connected with obesity, which has been recognised as potential risk factors for suffering severe COVID-19 complications.

Even Prime Minister Boris Johnson has said that he plans to tackle the nation’s obesity problem after acknowledging his own touch-and-go battle with coronavirus was exacerbated by him being overweight.

His own weight was 17-and-a-half stone before he went into hospital, putting his BMI at 36 when his 5ft9in height is taken into account.

A BMI above 30 means a person is obese.

Having tracked the anonymous man this week, The Sunday Telegraph reports that he was partly inspired after he made a wager with an overweight builder to lose two stone – who did so successfully.

HOW TO CALCULATE YOUR BMI

Take your weight in kilograms.

Measure your height in metres and square it.

Divide your weight by your height squared.

He said: ‘The Prime Minister has taken on board it is right to be thinner in life. If the country was to copy that we could see people reducing their weight and their health becoming less of an issue.’

Around a dozen residents have signed up to the scheme and while the fish and chips will continue, the pub will also now deliver salads to help the residents along with their health kick.

Among those taking part is 70-year-old Christine Ashdown, who was motivated by others taking part. She said: ‘I like the incentive, because it’s not fun losing weight by yourself.’

Ben Heavers, who weighs 15 stone and is 6ft 2in tall, added: ‘I’ve been on a constant journey of weight loss.

‘It’s been really hard and mostly I’ve been doing it alone, but this is bringing the community together.’