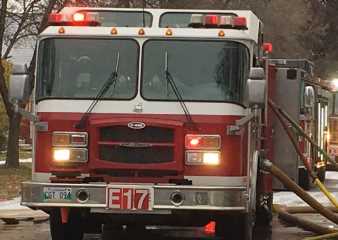 Residents of a 12-storey apartment building downtown were forced out of their homes by fire Wednesday night.

Winnipeg Fire Paramedic Service said a blaze in a suite in the 400 block of Edmonton Street led to other residents evacuating their own suites and taking shelter in the building’s common areas.

The fire was extinguished around 8:53 p.m., but extensive smoke had impacted several floors of the building.

Because the building had a number of occupants, extra emergency responders and equipment were on scene due to the high risk.

No injuries were reported, and most of the building residents were able to return to their suites after the building was properly ventilated.

The fire’s cause is still being investigated. No damage estimates are currently available.