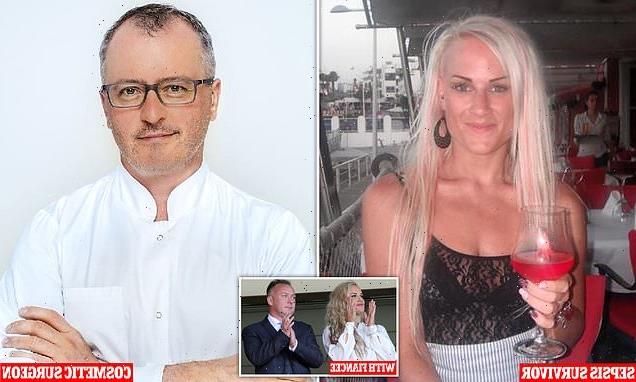 Fiancée of ex-Sunderland chairman who was left with sepsis after botched breast lift operation in Poland tells of her ‘nightmare’ ordeal that left her ‘close to death’ as she is awarded £150,000 payout

The nightclub dancer fiancée of Sunderland AFC’s former boss has spoken of her ‘nightmare’ ordeal after a judge awarded her £150,000 in compensation after her cut-price foreign boob job went wrong.

Laura Clarke, 36, told a court she was left ‘screaming’ in agony after blunders left her with potentially fatal infections when she flew to Wroclaw, Poland for a breast lift in 2015.

She had been saving for the operation for years, but ended up falling dangerously ill with sepsis and having to have life-saving surgery back in England after her treatment was botched.

Miss Clarke sued her surgeon Dr Adam Kalecinski and his company Noa Clinic Uslugi Medyczne for compensation, and has been awarded more than £150,000 by a High Court judge following a trial.

The mother-of-three, a stripper who appeared in a Netflix documentary after starting a relationship with then club boss Stewart Donald, said: ‘The last few years have been a nightmare.

‘I’ve undergone a lot of further operations, including skin grafting and revision surgery. The whole experience has been terribly upsetting. If I’d have known then what I do now I wouldn’t have booked the trip.’ 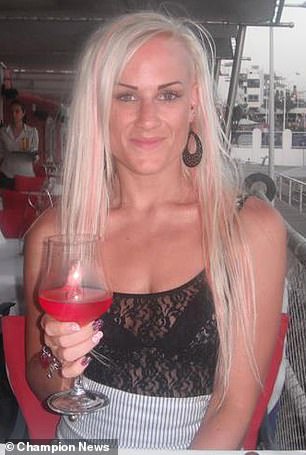 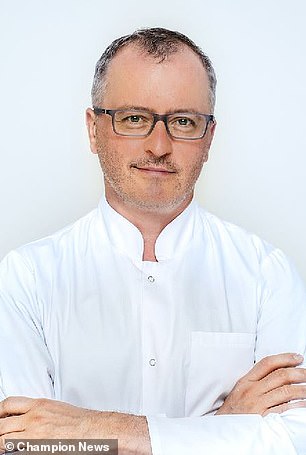 Laura Clarke sued her surgeon Dr Adam Kalecinski and his company Noa Clinic Uslugi Medyczne for compensation, and has been awarded more than £150,000 by a judge 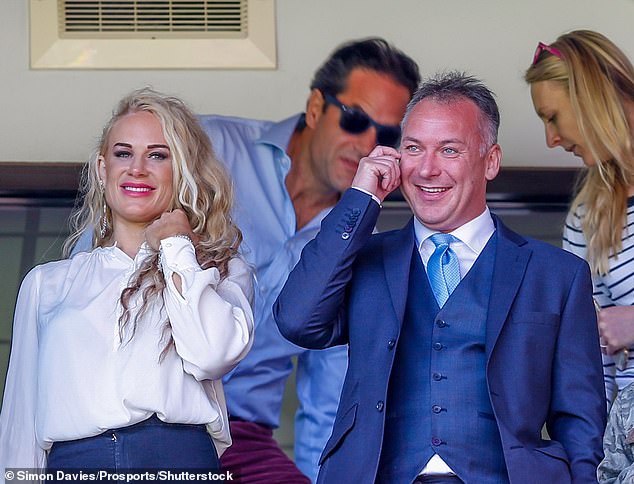 She continued: ‘The pain and discomfort I felt came on pretty soon after the surgery and continued to get worse.

‘By the following day, I was in agony and felt feverish.

‘I told the nurse who came to change my dressings how poorly I was feeling but she just said I was fine. My condition got worse, and I don’t really know how I got back on the flight home.

‘Fortunately, when I landed my family took me straight to hospital where I was diagnosed with sepsis. I can’t remember much about initially being in hospital as I was that poorly, but my family have said I was critically ill.

‘Everything seemed fine and I felt reassured by the fact that the doctors had worked in the UK and everything was communicated in English.

Miss Clarke, 36, told a court she was left ‘screaming’ in agony after blunders left her with potentially fatal infections when she flew to Wroclaw, Poland for a breast lift in 2015

‘She was close to death after developing her infection as a result of the substandard care she received abroad.

‘The last few years and trying to come to terms with both the physical and mental ordeal she’s been through has been incredibly difficult.

‘While Laura has overcome sepsis she’s required a number of revision surgeries to try and rectify the complications she’s been left with. While nothing can make up for what she’s been through we’re pleased to have secured the answers Laura deserved.

‘This court finding will hopefully provide some closure and allow Laura to move on from what happened to her the best she can.’

‘While on the face of it such trips looks appealing and websites look professional, there can often be a complex system behind such bookings and who may be responsible if something does go wrong.

‘There are always risks to consider in any type of surgical treatment, but there are particular risks involved in having a surgical procedure in a different country.

‘We’d encourage people to thoroughly research various options before committing to any procedure.

‘It’s vital people understand what redress they have if something goes wrong and that they know the details of insurers in place.’

Arguing that Dr Kalecinski and his clinic’s care of Miss Clarke was ‘negligent’, her barrister said: ‘The surgery, to put it neutrally, was not successful. 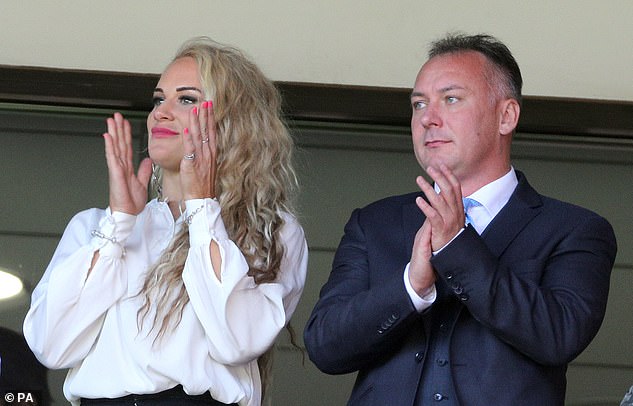 ‘Very shortly after the date on which the operation took place, she developed symptoms consistent with an infection or infections. In rapid course, they became severe and ultimately life-threatening, and caused her immense pain and discomfort.’

Miss Clarke, of Southampton, went on to sue Dr Kalecinski, his clinic and their insurer, but neither the doctor nor the clinic were represented at the trial.

Ruling that they were to blame, the judge said evidence put before the court during the trial from medical experts had described the pre-operative treatment as ‘inadequate’.

The evidence also suggested ‘systematic failing’ in post-operative care, with the level of care falling ‘well below an acceptable standard’ and resulting in serious injury to Miss Clarke.

‘In particular [breast surgery expert] Fulvio Urso-Baiarda Urso-Baiarda stated that the multiple infections could not be attributed to misfortune but on the balance of probabilities represented a problem in the process, and that the surgery was not properly conducted and the facilities where it was carried out were inadequate and/or contained inadequate decontamination measures,’ she continued.

‘The failure to treat her properly is described as increasing the likelihood of her suffering grave consequences, which included death.

‘He describes the failure adequately to manage her potentially life-threatening complications as falling ‘far below an acceptable standard’.

‘I have no hesitation in concluding that the case of negligence is made out against both [Dr Kalecinski and Noa]’.