Home » World News » Felixstowe is hit by MORE strikes: Workers to walk out for eight days 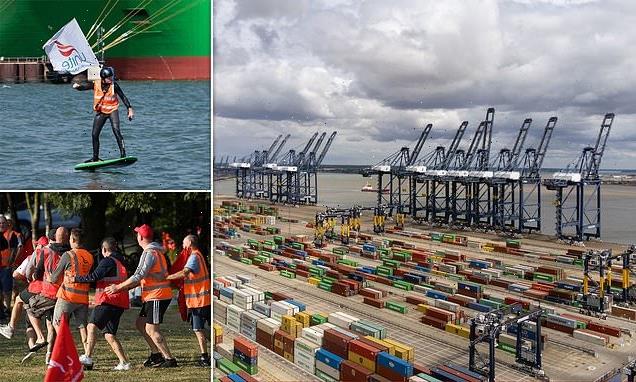 Felixstowe is hit by MORE strikes: Workers to walk out for eight days

Felixstowe is hit by MORE strikes: Workers will walk out for another eight days starting September 27 as union demands 10% pay increase – and port bosses say there is ‘no prospect of agreement being reached’

Workers at the country’s biggest container port are to stage another eight-day strike in a dispute calling for a ten per cent pay rise.

Members of the Unite union at Felixstowe – which handles 48 per cent of the country’s capacity – will walk out from 7am on September 27, following a similar stoppage last month.

It coincides with a two-week Unite strike by workers at the Port of Liverpool from September 19 to October 3.

The walkout comes amid soaring inflation, with fears it could cause shipping problems to Felixstowe and potential supermarket shortages over the Christmas period.

It also arrives as Britons face the biggest squeeze to their living standards in 60 years.

Simon Geale, of supply chain specialists Proxima, previously warned that the dispute at Felixstowe could cause ‘serious disruption’ if it continued into September. 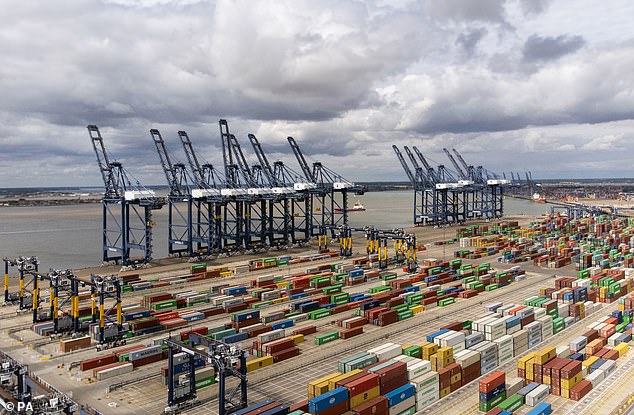 The Port of Felixstowe has been described as ‘critical’ and handles 48 per cent of the UK’s capacity. Unloading for Christmas usually starts in September 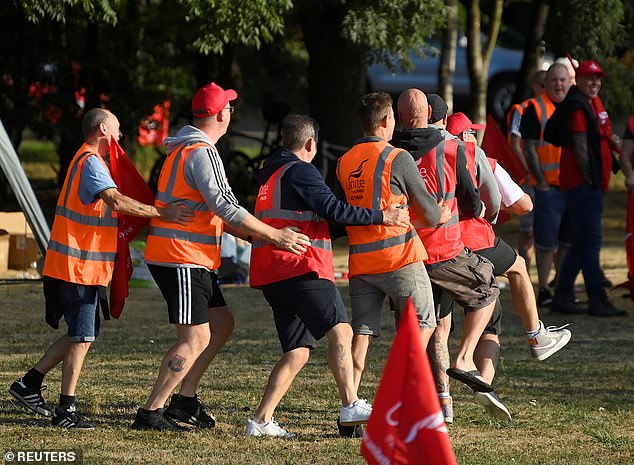 Dockers at the Port of Felixstowe (pictured) have vowed to strike for eight days from September 27 in a dispute over pay, after a similar walkout last month (Pictured: strikers dance while protesting near an entrance of Felixstowe on August 22)

Unite general secretary Sharon Graham defended industrial action and said Felixstowe and its owner, CK Hutchison, are ‘eye-wateringly wealthy’, adding: ‘Rather than offer a fair pay offer, they have instead attempted to impose a real-terms pay cut on their workers.

‘Since the beginning of this dispute Unite has given its total support to its members at Felixstowe and that will continue until this dispute is resolved.’

More than 1,900 workers walked out last month in the first strike to hit the Suffolk port since 1989.

Mr Geale told the Independent after the last strike: ‘The retailers in particular will be keeping an eye on this because the closer we get and the more we move into September, that’s when they start unloading for Christmas.

‘So a consequence could be that while the retailers have been trying to embed some predictability and encourage shoppers to buy early, they might not have the stock levels that they’d been planning to have.’

In a statement on its website, the port of Felixstowe said it has received notice from Unite of further strike action from September 27 to October 5.

‘We are very disappointed that Unite has announced this further strike action at this time,’ the statement said. 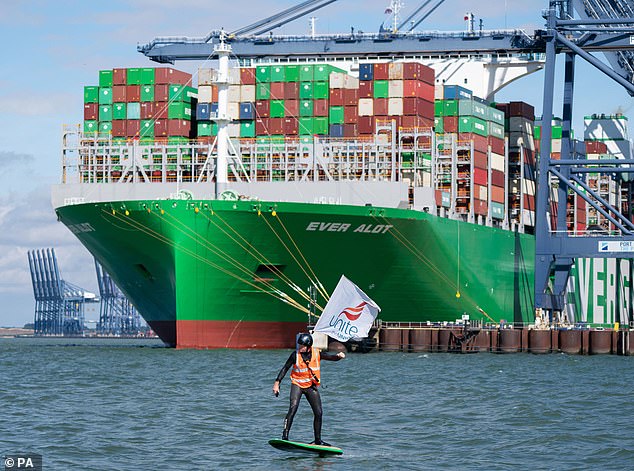 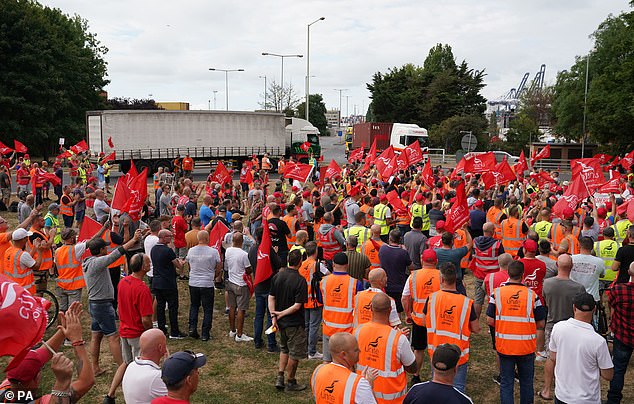 ‘The collective bargaining process has been exhausted and there is no prospect of agreement being reached with the union.

Unite said the 7 per cent pay deal has been ‘imposed’ on workers and is still angling for a ten per cent rise. It described the offer as a ‘sizeable pay cut’ because of the inflation rate, adding that its members had rejected it by 82 per cent.

‘Further strike action will inevitably lead to delays and disruption to the UK’s supply chain but this is entirely of the company’s own making,’ said Unite national officer for docks Bobby Morton, referring to port operator CK Hutchison.

With inflation having topped 10 per cent in July and projected by the Bank of England to exceed 13 per cent next month, Unite says the 7 per cent pay offer represents a ‘real terms pay cut.’

‘The collective bargaining process has been exhausted and there is no prospect of agreement being reached with the union,’ Felixstowe port said in a notice on its website. 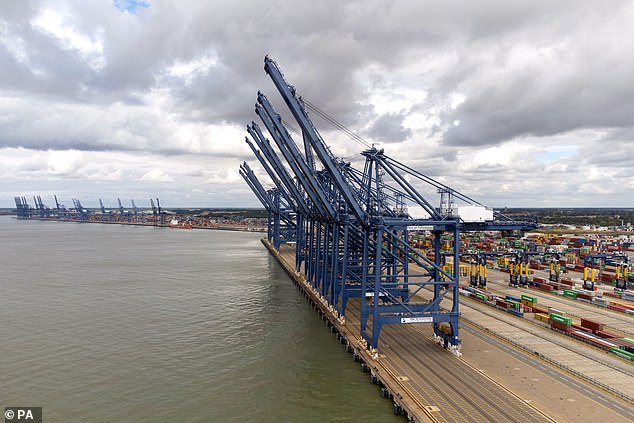 Elsewhere in Britain, more than 560 dockworkers at the Port of Liverpool, one of the country’s largest container docks, are set to go on strike from Sept. 19 to Oct. 3 over pay, Unite said earlier this month.

About 48 per cent of all containers brought into the UK are transported through the Felixstowe port, according to Unite, making it an important import hub for Britain.

Another strike at Felixstowe would be the latest in a wave of industrial unrest across Britain this summer that has affected a range of industries, from aviation and transport to nurses and lawyers.

However, unions including Unite have in recent days suspended plans for industrial action in light of Britain’s 10-day mourning period following the death of Queen Elizabeth last week.