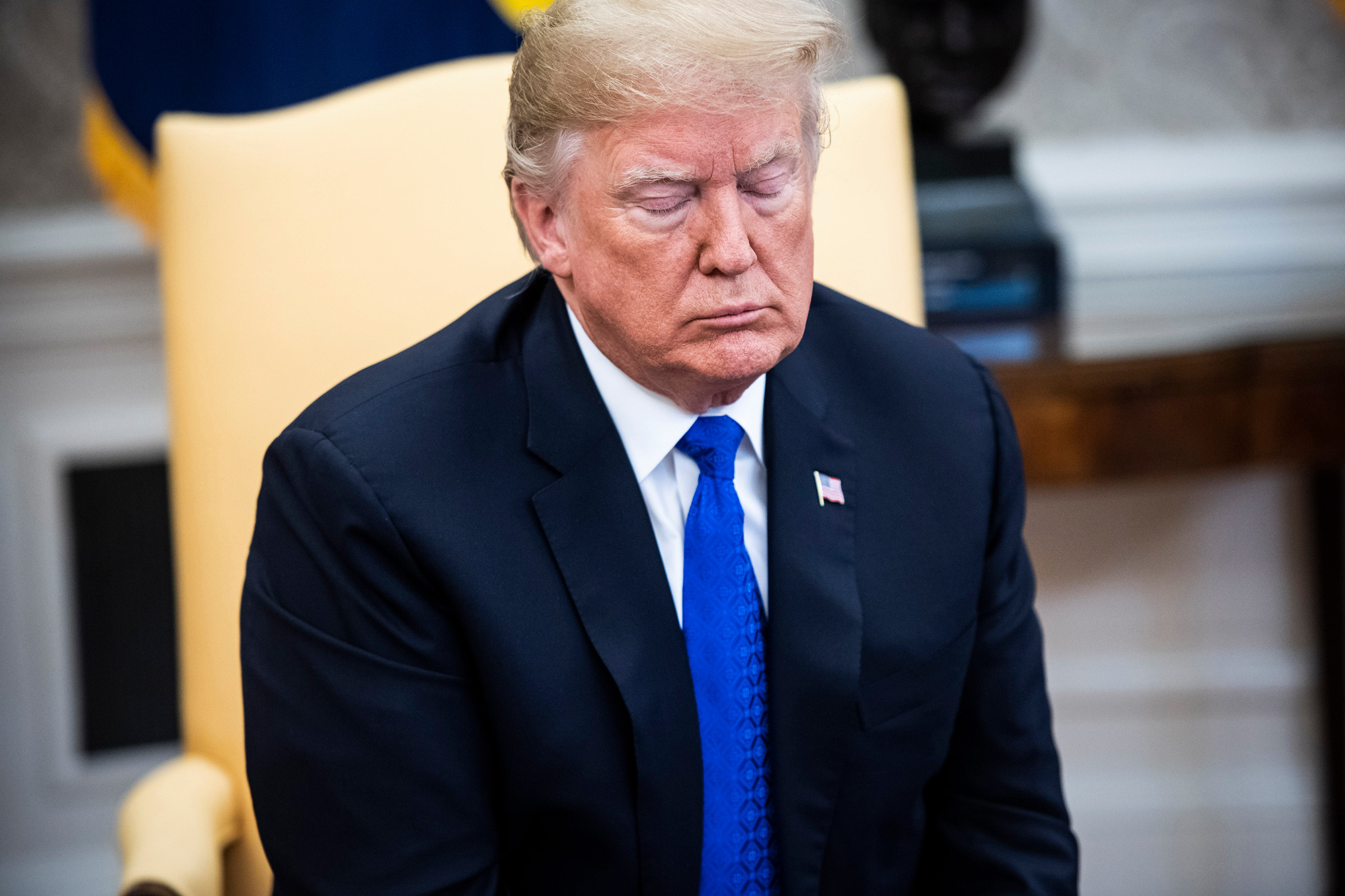 The Justice Department on Monday asked a federal appeals court to step in and stop a lawsuit accusing President Trump of violating anti-corruption provisions in the Constitution by raking in foreign cash at his DC hotel.

The department asked the Richmond, Virginia-based 4th Circuit federal appeals court to reverse federal Judge Peter Messitte’s rulings that let the Democratic attorneys general of Maryland and the District of Columbia move ahead with the lawsuit against Trump, including requests for tax returns and revenue statements the president wants kept hidden.

The department’s request was an aggressive legal move because federal appellate courts typically don’t weigh in on legal disputes until there is a judgment at a lower court level.

Trump’s legal team said this was a rare case in which emergency relief was necessary.

The two attorneys general on Dec. 4 issued subpoenas for financial records from Trump’s businesses, including his DC hotel, as part of their lawsuit that said his dealings with foreign governments have violated the Constitution’s so-called emoluments provisions.

“The complaint rests on a host of novel and fundamentally flawed constitutional premises, and litigating the claims would entail intrusive discovery into the President’s personal financial affairs and the official actions of his Administration,” Trump’s lawyers said in court papers.

Karl Racine, DC’s attorney general, said in a statement that Trump “is going to extraordinary lengths to try to stop us from gathering information about how he is illegally profiting from the presidency.”

But he said the 4th Circuit might grant the request because the case implicates the president and raises novel legal questions.

The lawsuit, filed in June 2017, said Trump failed to disentangle himself from his hotels and other businesses, making him vulnerable to inducements by foreign officials seeking to curry favor.

One of the Constitution’s emoluments provisions bars US officials from accepting gifts or other emoluments from foreign governments without congressional approval.

Messitte, presiding over the case in Maryland, has narrowed the lawsuit to claims involving Trump International Hotel in Washington and not Trump’s businesses beyond the US capital.

Messitte ruled in March that the two attorneys general had legal standing to pursue the case, and in July rejected what he called Trump’s “cramped” view that emoluments were limited essentially to outright bribes.

Those rulings allowed the case to enter the discovery phase, evidence-gathering that could force disclosure of Trump’s financial records.

Foreign governments and their lobbying groups, including Saudi Arabia,

Bahrain and Azerbaijan, have spent hundreds of thousands of dollars on rooms and to host events at the hotel.