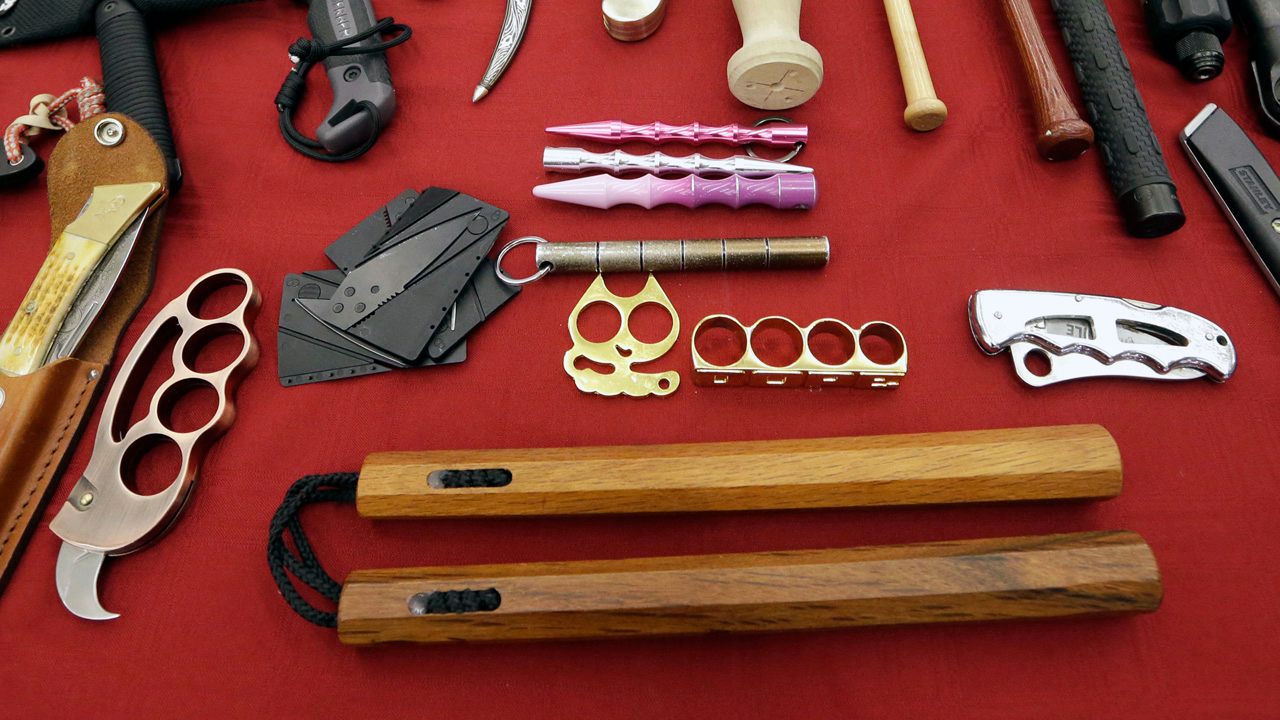 NEW YORK – A 1974 New York state ban on nunchucks that was put into place over fears that youth inspired by martial arts movies would create widespread mayhem is unconstitutional under the Second Amendment, a federal court has ruled.

Judge Pamela Chen issued her ruling Friday in a Brooklyn federal court on the martial arts weapon made famous by Bruce Lee.

The plaintiff, James Maloney, started his legal quest after being charged with possession of nunchucks in his home in 2000. He initially filed a complaint in 2003 and appealed all the way to the U.S. Supreme Court when the case went against him. The Supreme Court in 2010 remanded the case back down to be reconsidered in light of a Second Amendment decision it had made in another case, and Maloney filed an amended complaint later that year.

Maloney had been focused on getting the part of the law overturned that banned nunchucks, two rigid rods connected at one end by a chain or rope, even in private homes.

In her ruling, Chen said the court couldn't simply take that part out, and ruled that the state's law as it pertained to possessing nunchucks as well as to manufacturing, transporting or disposing of them was in violation of the Second Amendment.

The ruling went over the history of the ban, and said it "arose out of a concern that, as a result of the rising popularity `of` Kung Fu' movies and shows,' `various circles of the state's youth' — including` muggers and street gangs' — were `widely' using nunchaku to cause` many serious injuries."'

In an email to The Associated Press, Maloney said "perhaps the most amazing thing" was getting more relief than he had asked for.

Maloney, a professor at the State University of New York's Maritime College, said some of his motivation was outrage. "How could a state simply ban any and all possession of a weapon that had a long and proud history as a martial-arts weapon, with recreational, therapeutic and self-defense utility," he said.

Maloney also wanted to teach a form of martial art using nunchucks that he created, which he calls "Shafan Ha Lavan" to his sons, the ruling said.

The suit names the Nassau County district attorney as a defendant. The county's lawyer had no immediate comment.

We Have No Idea What's Going On in the Piercing Trailer, and That's Kind of the Best Part
World News