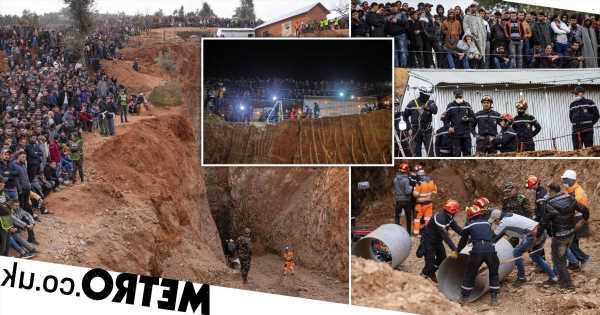 Fears it may be too late to save boy, 5, trapped 100ft down well 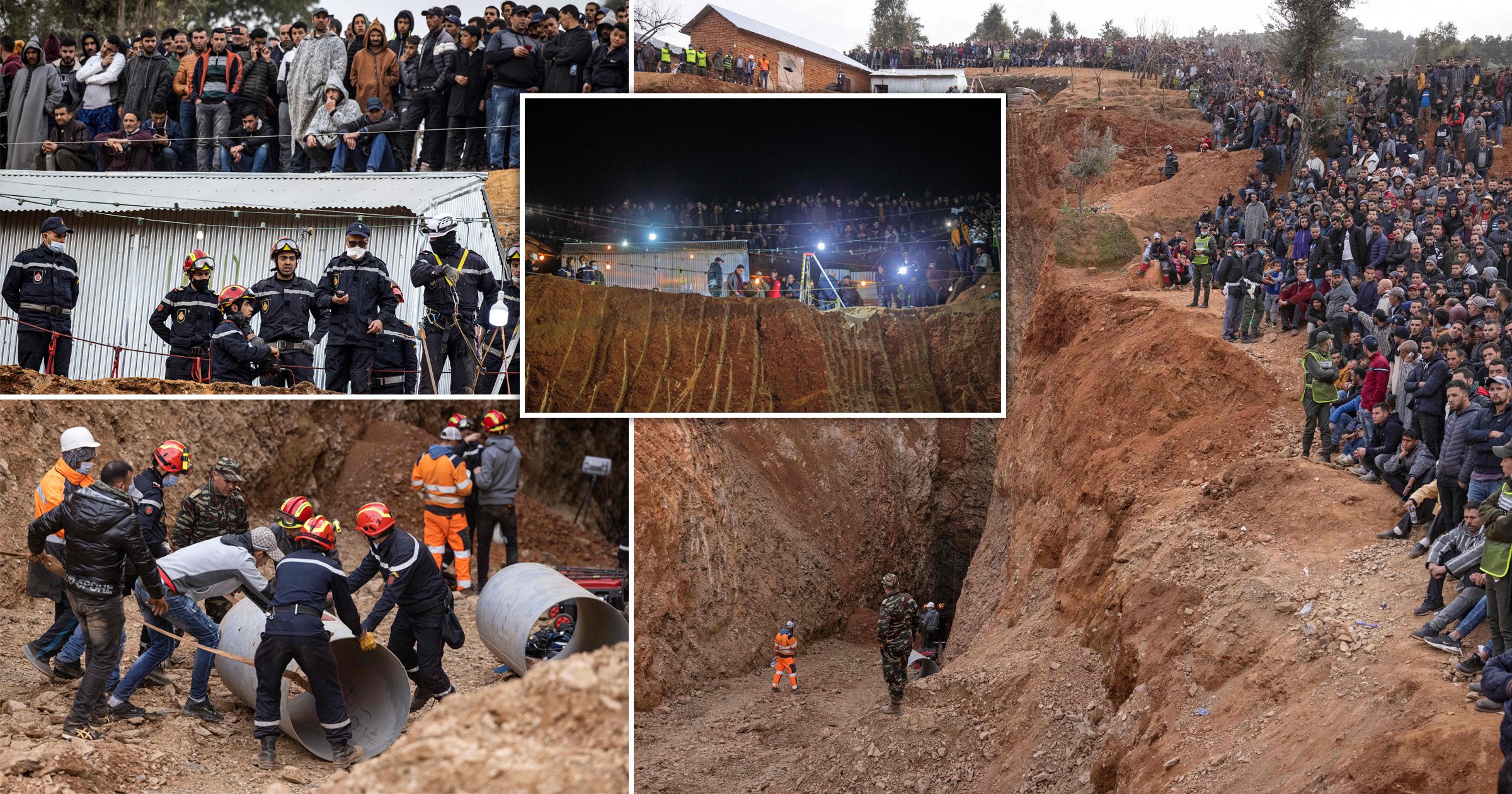 Desperate efforts to rescue a five-year-old boy trapped down a well in northern Morocco have stretched into a fourth day.

Rescuers have been frantically trying to dig down to the little boy, who fell into the 100ft-deep well in the village of Ighran, Chefchaouen province, on Tuesday.

They suspect they are just metres from him, but as the operation drags on there are growing fears it may be too late to save the youngster.

The rescue has gripped the nation and messages of support have flooded in from around the world after video footage earlier this week showed the boy, called Rayan, still alive.

But this morning, the head of the rescue committee, Abdelhadi Temrani, said: ‘It is not possible to determine the child’s condition at all at this time.

‘But we hope to God that the child is alive.’

For three days, rescuers used bulldozers to dig a parallel ditch to the well.

Yesterday they started excavating a horizontal tunnel to reach Rayan but their efforts have been hampered by unstable soil.

Morocco’s MAP news agency said that experts in topographical have been engineering called to help.

Speaking to local television 2M, Mr Temrani said rescuers had just two meters left to dig on Saturday to reach the hole where the boy is trapped.

‘The diggers encountered a hard rock on their way, and were therefore very careful to avoid any landslides or cracks,’ he said.

‘It took about five hours to get rid of the rock because the digging was slow and was done in a careful way to avoid creating cracks in the hole from below, which could threaten the life of the child as well as the rescue workers.’

The work has been especially difficult because of fears that the soil surrounding the well could collapse on Rayan.

Medical staff, including specialists in resuscitation, are on site to attend to Rayan once he is pulled out, with a helicopter on standby to transport him to the nearest hospital.

His distraught parents have been joined by hundreds of villagers who have gathered to watch the rescue operation.

Ighran is home to about 500 people and is dotted with deep wells.

Many of them are used for irrigating cannabis crops which is the main source of income for many in the poor, remote and arid Rif Mountains.

Most have protective covers and the exact circumstances of how Rayan fell in the well are unclear.

His father Khalid Agoram told a local broadcaster he had searched for his son for hours before discovering he had fallen into the well.

Nationwide, Moroccans have offered their sympathy to the youngster’s family through social media using the hashtag #SaveRayan.

You can now buy Valentine's Gonks for £6.99 from The Range – and shoppers are rushing to get hold of them