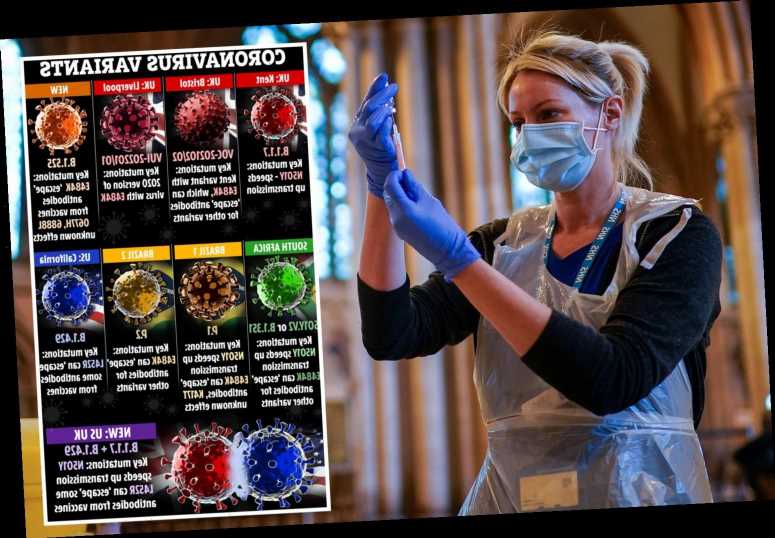 THE Brazilian variant of Coronavirus could force Britain to delay the lifting of lockdown and even "go backwards" by reimposing some restrictions, a top scientist warned today.

Professor Graham Medley, who sits on the Sage group that advises the Government, made the remarks as another top scientist warned the mutant strain may be able to "break through" previously acquired immunity. 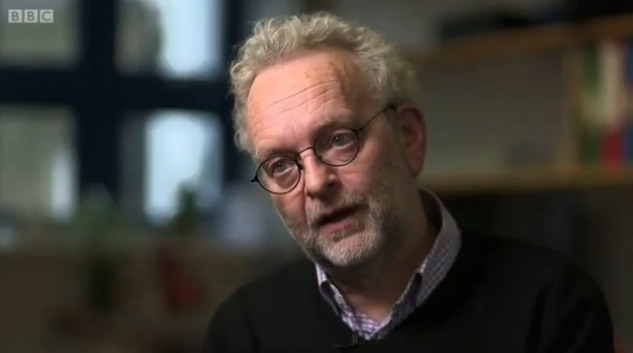 And he said the PM will have to balance the risk posed by the evolution of new variants with the need to reopen the economy and end damaging restrictions.

His warning comes after a nationwide search was launched for a mystery Covid patient who has tested positive for the Brazilian variant but didn't leave any contact details for tracing.

Prof Medley, from the London School of Hygiene and Tropical Medicine, told the BBC: "It is a variant of concern, but we are going to be faced with these in the next six months as we move towards relaxing measures.

"There are going to be challenges on the way and there is always a risk that we might have to go backwards, and that's what nobody wants to do is to actually open up and then have to close down again.

"So monitoring these variants, keeping an eye on in terms of what they actually do – so sequencing, for example, viruses in hospitals – I think is a crucial step to know whether or not this variant and other variants in the future, what impact they're actually having."

Boris Johnson set out preventing the spread of vaccine resistant variants as one of the four key tests for going ahead with his unlocking roadmap.

Each phase of the rollback can only happen if "the Government’s assessment of the risks is not fundamentally changed by new variants of concern".

Prof Medley warned it is "inevitable" new variants will emerge in the future and said ministers have to weigh that risk against the damage of lockdown.

"But they can decide the extent to which we have transmission crossing borders.

"It's a risk and the Government has to play off the risks of new variants arising somewhere else and then coming here against the harms caused by lockdown and restrictions." 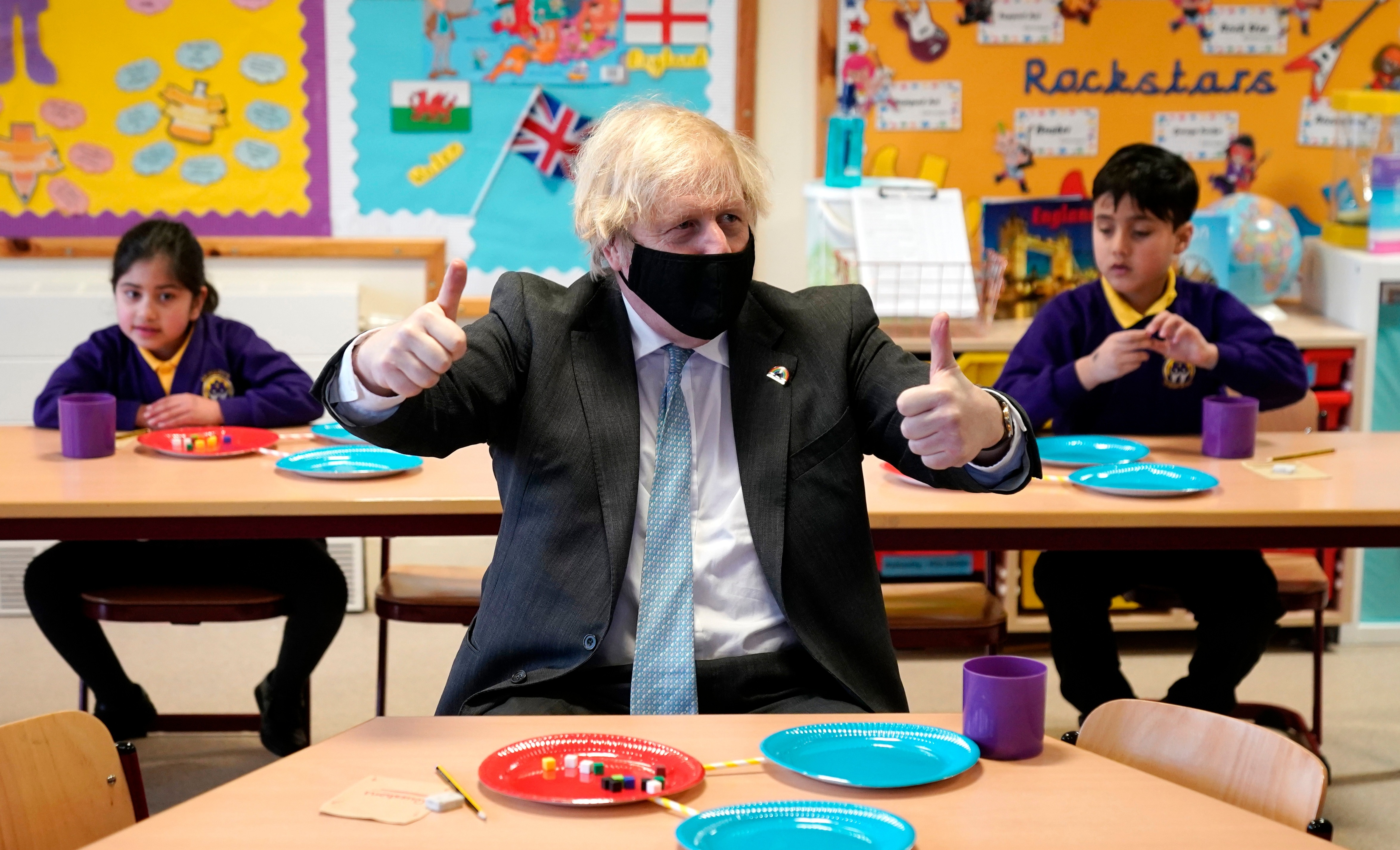 Asked if more travel would risk new variants coming into the country, he added: "It's inevitable, the risk is never zero.

"Places that have high levels of protection across borders are still having incursions of the virus still coming in.

"You've got to weigh that against what's happening within the country – at the moment we've got tens of thousands of people being infected every day.

"And so putting a lot of effort into preventing handfuls of infections from coming overseas has to be proportionate.

"It is a global problem and if we remain globally connected – which I think we must – then it is about the rate and the risk of this happening rather than whether it does or not."

His remarks come after another top expert warned the Brazilian variant might be "breaking through" antibodies built up by previous infection.

Danny Altmann, a professor of immunology at Imperial College, said people's attitude to its arrival in Britain should be "somewhat worried, but not total panic".

He said: "It's somewhat more worrying than the UK variant, the Kent variant, that we're used to talking about.

"It covers the double whammy, we think, of being more transmissible and somewhat better at evading neutralising antibodies."

Asked what effect it could have on the UK's vaccination programme, he replied: "I think about the effect that the Kent variant had on us.

"It just slowed everything up because suddenly things started to get a little bit worse again, and you know the end seemed a little bit further away.

"When I look at the data on how well this variant gets neutralised, it's not that all immunity is gone.

"It's that the vaccines look so much less potent, so there'll be more people who have low antibody responses where it can break through and get affected. It all comes back much harder."

He added: "We see these variants popping up variably all over the world, so we're just as liable to suffer from a homegrown one as an imported one.

"So we just need to be really on the case all the time."

Experts have also warned new variants could mean border controls have to get stricter not more relaxed this summer – putting holiday plans at risk.

It comes after a nationwide search was launched for a mystery person infected with the Brazilian variant of Coronavirus.

Vaccines minister Nadhim Zahawi branded the strain a "concern" because it may be more resistant to vaccines.

He said a massive effort is underway to find the missing Covid patient "as soon as possible" so measures can be taken to squash any outbreak.

He urged anyone who took a test across the country on February 12 or 13 to come forward by calling NHS 119 in England.

But he admitted the authorities know very little about the person, including where they took the test and whether they entered the country from abroad.

Public Health England are working with the Post Office to try and establish where the person's test kit was mailed from.

Two cases of the Brazilian variant have also been located in South Gloucestershire.

They were brought into the country by someone who arrived from Sao Paolo before hotel quarantine came into force.

But Mr Zahawi defended Britain's border measures, saying the fact that person had followed all the rules and isolated properly meant "there’s minimal reason to believe there may be further spread" of the virus.

He added that asymptomatic testing will still be rolled out across the area to make sure the variant hasn't transmitted to other households.