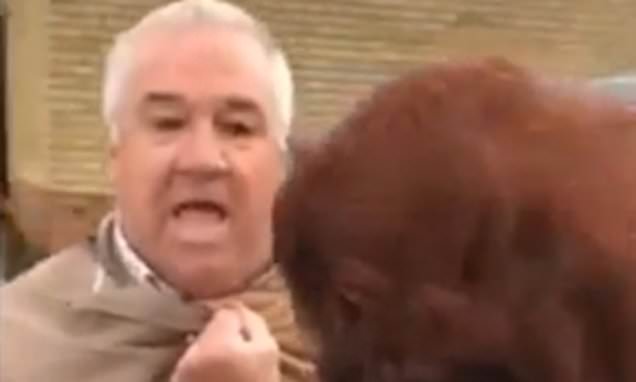 Father confronts driver who parked in a parent-and-child bay

Car park rage! Tempers fray as father confronts driver who has left his pick-up truck in a parent-and-child bay at supermarket

This is the shocking moment two drivers get into a heated and foul-mouthed argument after one confronts the other for parking in a parent-and-child bay.

The footage was recorded by the angry father at a supermarket car park in Ely, Cambridgeshire.

The man recording, identified only as Mr Barrett, challenges the other driver and demands to know why he has parked in a space reserved for families.

During a furious exchange, the other driver lunges at Mr Barrett, prompting him to get out of his car to face him down.

It is unknown if Mr Barrett’s children witnessed the confrontation.

The clip starts with Mr Barrett asking the driver why he has parked in ‘kid’s spaces’, telling him he shouldn’t have done so.

The driver shrugs his shoulders and says: ‘So what?’

Mr Barrett seems infuriated by the response and says that he has children and so wants to park in the space. 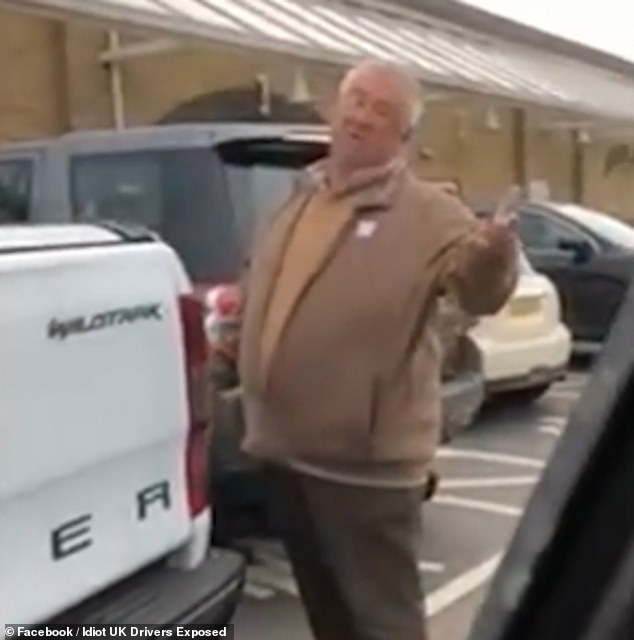 This driver shrugged his shoulders after being asked by the father, Mr Barrett, why he had parked in a parent-and-child spot 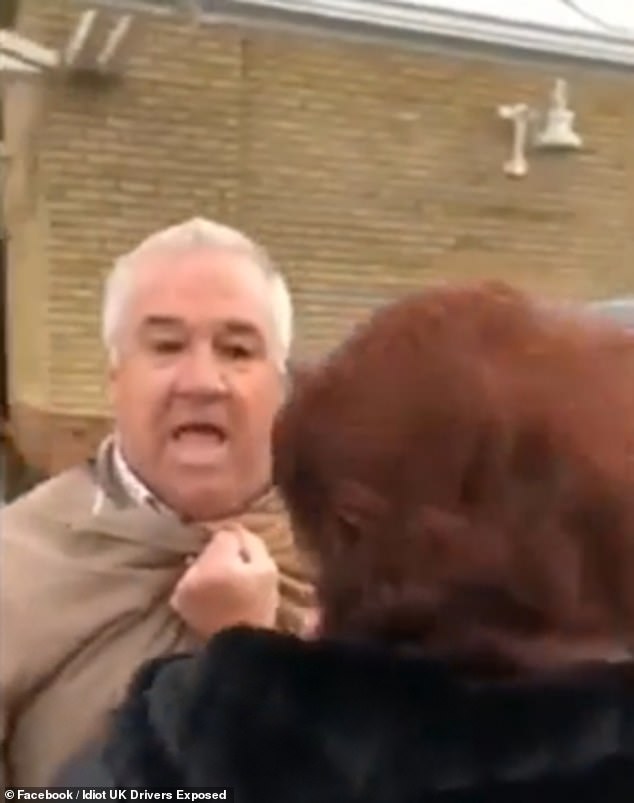 The driver later had to be held back by a woman who seemed to be his wife, after he lunged at Mr Barrett during the parking dispute

This prompts the other pick-up driver to challenge Mr Barrett and they get into a heated argument.

The driver says: ‘How would you like them glasses splattered all over your face?’

A woman, believed to be the driver’s wife, then appears and asks Mr Barrett to move out of the way so they can reverse their white Ford Ranger truck out of the space. 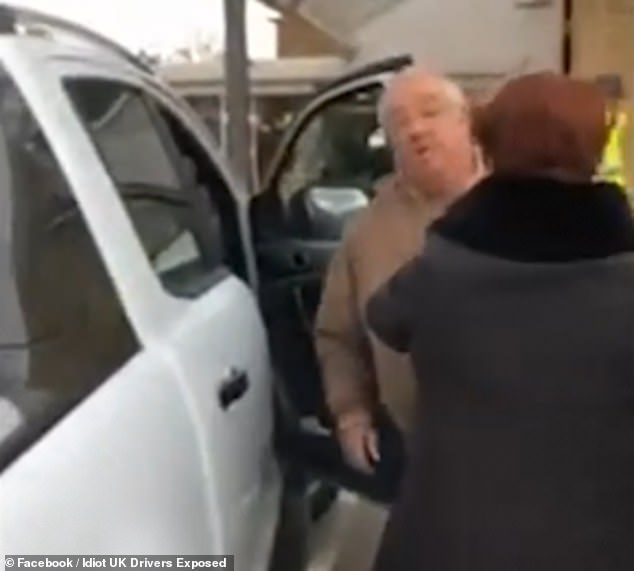 The two men continued shouting at each other, despite the other driver’s wife pulling him away. It is unclear if Mr Barrett, who is filming, had his children in the car with him

Mr Barrett says he will move when he is ready, leading the woman’s furious husband to lunge at him.

He is led away by his wife with Mr Barrett getting out of the car and saying: ‘If you try hitting me again I’ll call the police’

Eventually, the driver is led to his car by his wife while Mr Barrett continues to refuse to move.

A security guard is summoned with Mr Barrett finally agreeing to move out of the way of the Ford.

What time is Jamie and Jimmy's Friday Night Feast on Channel 4, who is tonight's celebrity guest and where is the Southend Pier cafe?
World News