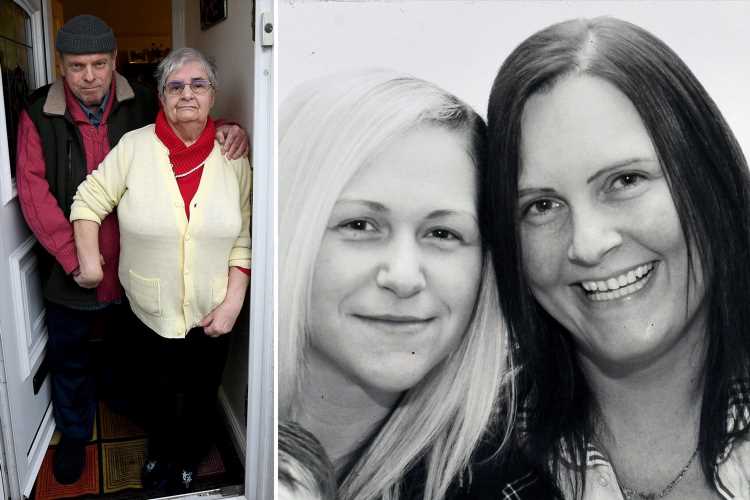 A COUPLE threatened with a baseball bat by their elderly neighbours over a snowball fight have revealed their kids have NIGHTMARES about next door.

Patricia and Grenville Moore, both 75, were fined and slapped with a restraining order after trying to attack neighbours Jade Edwards and partner Dawn Halliwell. 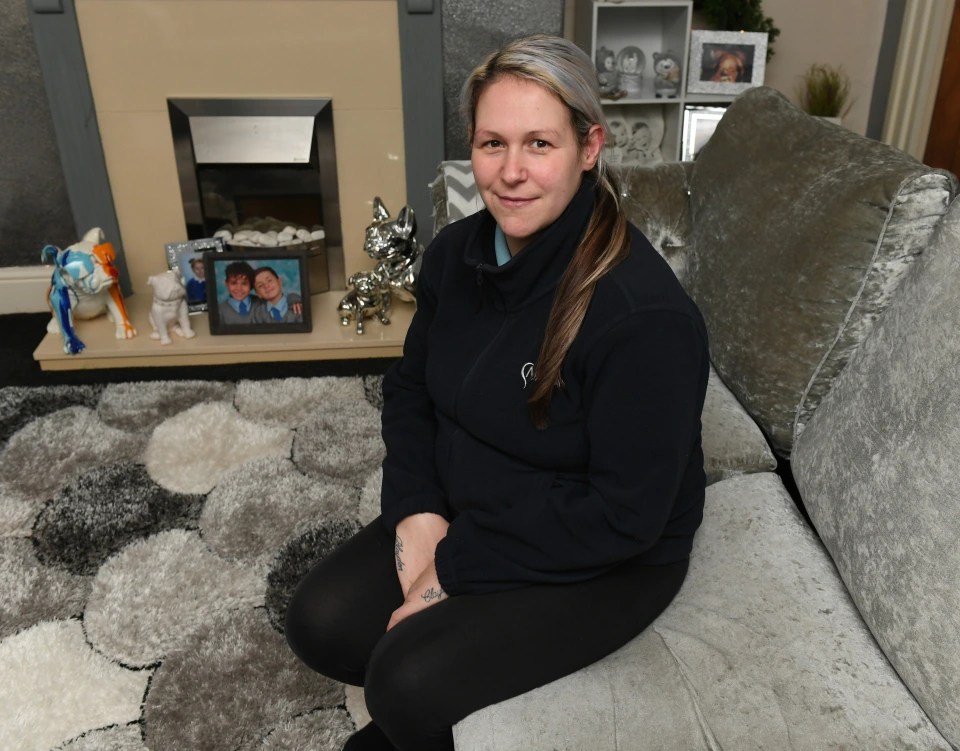 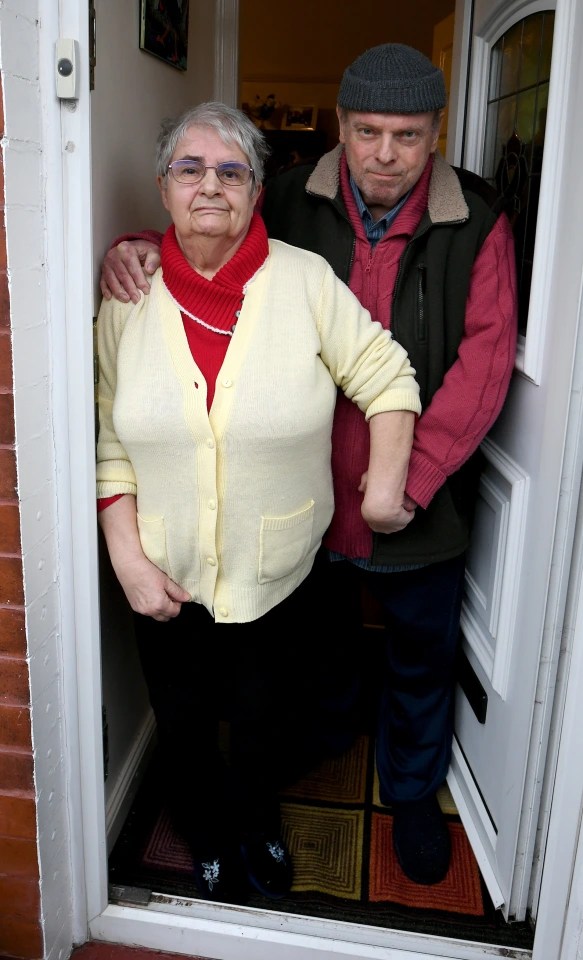 Mr Moore, a retired steel erector, swung the bat at Jade, 31, and her partner Dawn, 38 – with the OAP slapped with a fine and restraining order over the fight sparked when a snowball was thrown at the elderly couple's home last January.

The women had been locked in a bitter battle with the Moores for several years, with Bolton Magistrates' Court hearing how things had became "very, very strained" in the last couple of years with "antagonism on both sides".

Victim Jade has since claimed her children are plagued with nightmares- and the family might have to move out of their home in Bolton, Manchester, to avoid the "neighbours from hell".

Mum accused of killing son, 7, after boy found dead outside home in the cold

She told The Sun Online: "It is not us, it is them who are the nightmare neighbours.

"Our children are scared and have had nightmares."

Partner Ms Halliwell admitted a snowball had been thrown at the OAPs' house but said: "They are the ones causing the problems."

And she said the situation had got so bad the family were now considering moving away.

But Mrs Moore claimed the elderly couple had "had enough", claiming there had been loud parties at the house next door – something the family deny.

Mum-of-two Mrs Moore told Sun Online: "It has been a nightmare. They have made our lives hell with loud partying and things being thrown. We just had enough."

Opening up about the baseball bat attack, Mr Moore admitted: "Yes. What I did was wrong.

"I lost my temper and shouldn't have done what I did with the baseball bat but it was the last straw.

"We have called the police at least four times on them.

"There has been lots of noise and problems but we feel let down by the police.

"We have had enough but it is our home and we don't want to move."

Adam Whittaker, defending, stressed the Moores are of previous good character and have never been in trouble with the law before.

He told the court: "There were initial problems but over the last couple of years things have become very, very strained.

Mr Whittaker told the court there had been "antagonism on both sides".

He added: "Numerous correspondence has been sent to the police regarding anti-social behaviour, banging on party walls, loud music, drinking in the front garden and drinking in the street outside.

"You don't get a 75-year-old man of good character behaving like that without provocation."

The court heard the catalyst for the Moores' behaviour in January was a snowball thrown at their window and Mr Moore lost his temper.

Mr Whittaker stated that he was pushed over and struggled to get up and Ms Moore shouted because she was angry about what had happened to her husband.

Trouble then flared again in May after the kids were playing with wood in the street and Mr Moore objected to the mess they were making.

Mr Moore hurled abuse towards his neighbours before lobbing the pieces of wood onto their path.

In a video shown to the court, Ms Edwards can be heard telling Mr Moore she would clear up the mess when the children finished playing.

Magistrates were told that there has been no further trouble between the neighbours in the last seven months.

Chairman of the bench, Lindsay Charidemou, told the pensioners: "It is a shame when you have lived in your house for so long and then you have got neighbour disputes."

The Moores were sentenced to a conditional discharge for nine months and must each pay £75 in prosecution costs plus £22 towards running victim services.

A restraining order was made banning them from having any contact with Ms Halliwell or Ms Edwards. 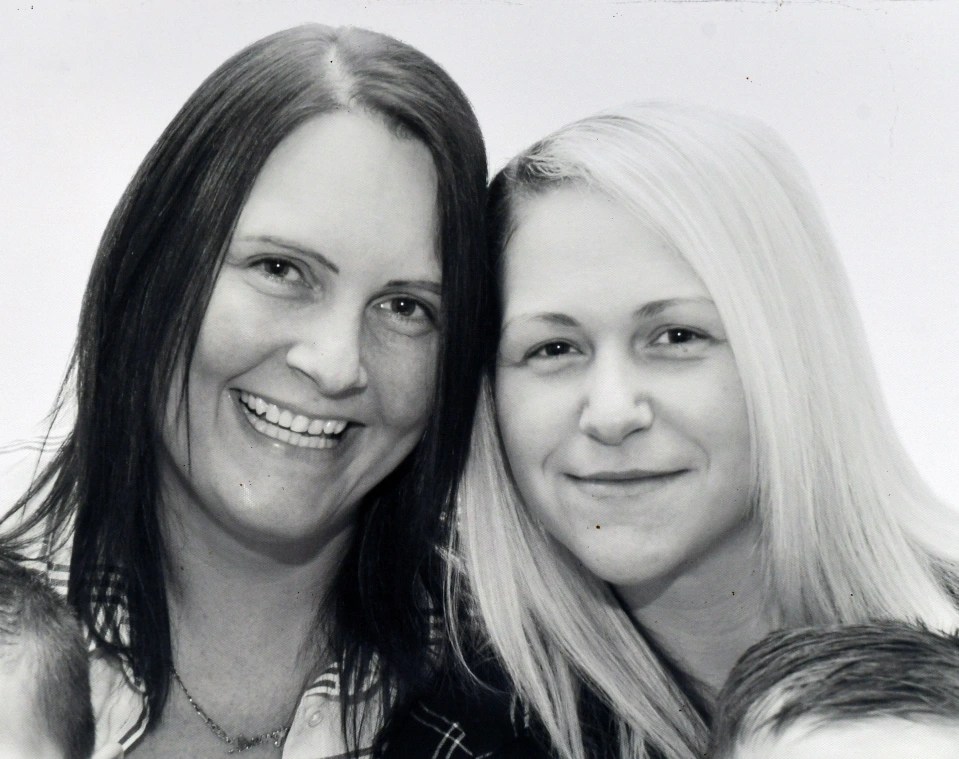 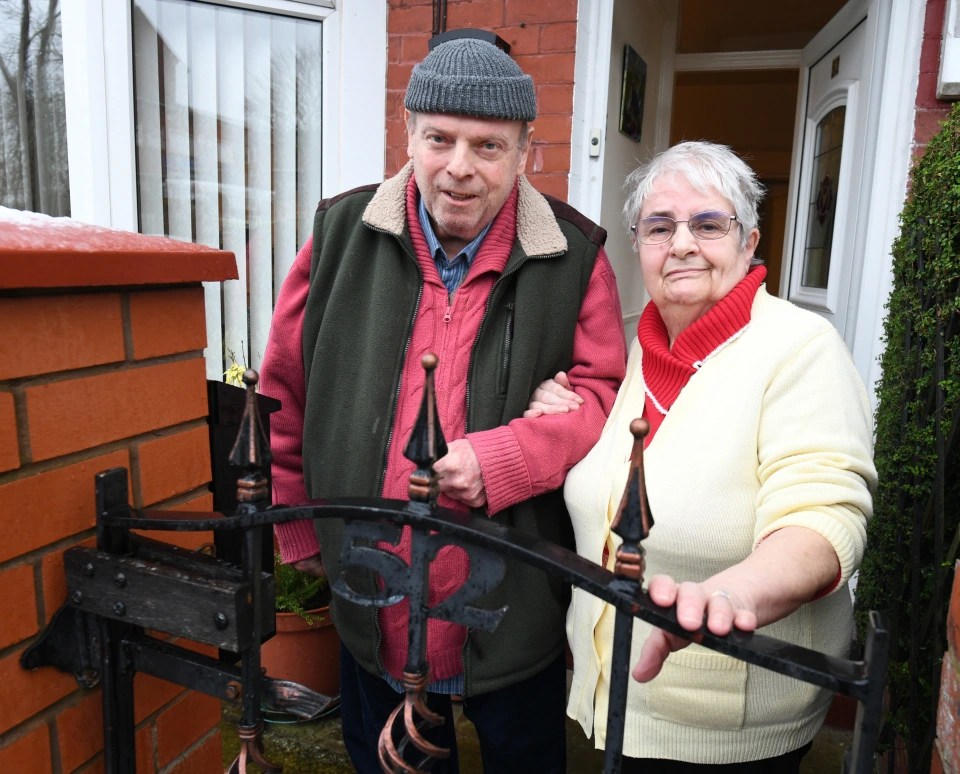