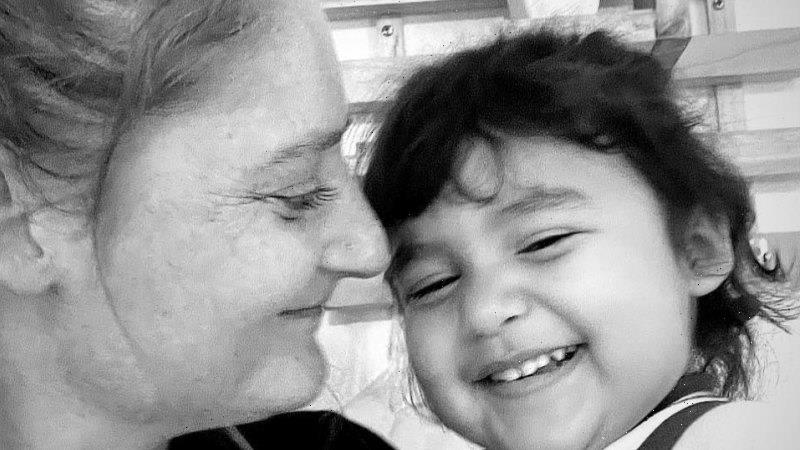 The family of a missing Queensland mother whose toddler was found alone barefoot on a Mexican street say they fear the worst, as she was due to return to Australia in weeks to release her brother’s ashes.

Australian authorities were on Thursday working with Mexican police to find 32-year-old Tahnee Shanks, originally from the Whitsundays, who was reported missing to Mackay police on Wednesday. 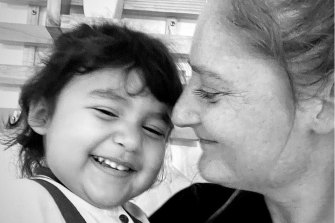 Tahnee Shanks was reported missing to Mackay police on Wednesday. Her two-year-old daughter was found walking alone in Cancun, Mexico.

Shanks and her husband Jorge Aguirre Estudillo disappeared in the popular tourist destination of Cancun and have not been heard from in days.

Shanks’ two-year-old daughter Adelynn was found alone on a city street by police, reportedly near the Chapel of San Archangel.

Shanks’ brother Dan said his sister would never leave her daughter behind.

“You wouldn’t have been able to drag her away from her daughter. She would have fought to the death, so that’s what’s got me so scared,” he said.

“It’s just horrifying. I’ve had to bury a brother three years ago and now we’ve got a sister… She was meant to be here in a month’s time and we were going to release my brother’s ashes at the old camping place we used to go as kids on Stradbroke Island.” 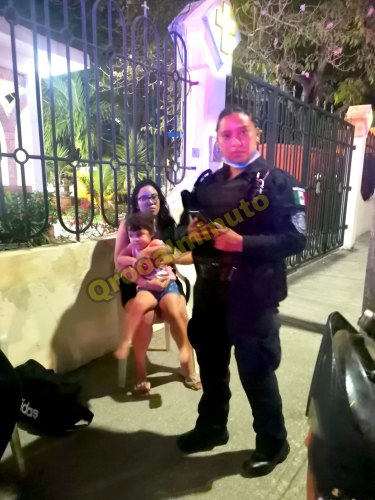 He said his sister’s disappearance was unusual, as she was always on social media and regularly spoke with the family over FaceTime.

The last time Mr Shanks spoke with his sister, she said she was unable to talk over video because of bad reception. 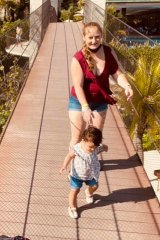 He said his sister constantly posted photos of her and Adelynn, and if she was not on social media, “something was wrong”.

“I heard from her on Sunday and she sent some photos to my wife of where they were staying, just some pictures of the lovely beach,” he said.

“I was a bit suspect on the messages and then all of a sudden they just stopped.

“Whereas I normally can’t shut her up. I’ve [usually] got to stop messaging her.

“So it just seemed a bit odd to me. That’s the last contact we had with her and it’s now Thursday.”

The family said they had heard from three witnesses in Cancun who said they saw who they believed was Estudillo, Adelynn’s father, outside the church where the toddler was found.

“The family said they also had reports from an eyewitness who said they saw who they believed was Shanks with three men and two women and appeared to be under the influence of drugs,” Mr Shanks said. 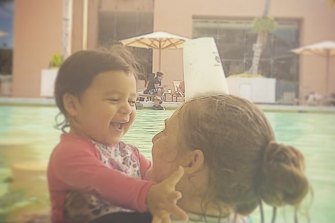 Tahnee Shanks was due to return to Australia to release her brother’s ashes.

Shanks was a regular traveller, and left Australia at the age of 18, according to her brother.

“This is not something that’s happened to an inexperienced person,” he said.

“For her not to show up, the police are trying to ping her last location of when her phone was last turned on.

“They’ve had police go to their place today, a whole heap of SWAT people, is what I’ve been told, kicked the door down and thoroughly searched the house and then go through any cameras that have got footage of the truck leaving at a certain time.

“They’ve got a police officer there in case he [Estudillo] returns.”

The family said they were working to get custody of Adelynn and would travel to Mexico soon to look for Shanks.

Shanks had recently gotten Adelynn’s Australian citizenship and the pair were due to fly back to Queensland on June 16.

A Queensland Police spokeswoman said they were working with other agencies on the investigation.

“QPS is liaising with the National Missing Persons Co-ordination Centre and Department of Foreign Affairs and Trade to communicate with Mexican authorities, and is providing support to Ms Shanks’ family.”

A DFAT spokesman said the department was providing consular assistance to Shanks’ family and, given privacy obligations, would not provide further comment.