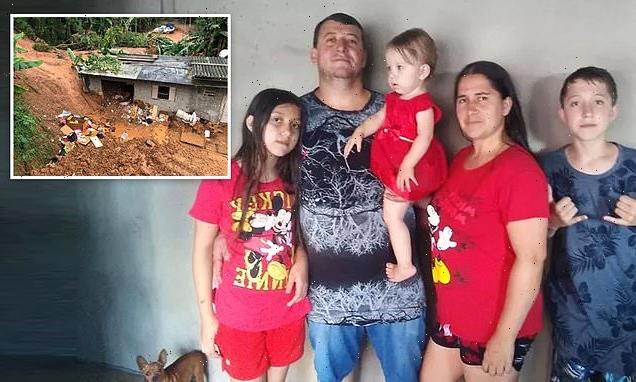 Parents and their three children, ages 12, 10, and one, are killed when mudslide crushes their home in Brazil after heavy rainfall

A family of five, including a one-year-old baby, have been killed after after their Brazilian home was crushed in a mudslide.

Ricardo dos Santos, 40; his wife, Tatiane, and their children Richard, 12; Nicole, 10, and Tayane, aged one, were found by rescue teams at their home in the southern Brazilian city of Várzea Paulista.

The family, who all shared one bedroom, were killed when heavy rains caused a landslide on the hill above them at around 6am Sunday.

Tatiane appears to have died with baby Tayane still in her arms.

Neighbors describe the horrifying moment they saw the mudslide barreling towards the dos Santos house with no time to warn them.

‘It was around 6 am. I had woken up, when out of nowhere the ravine descended from top to bottom. It was all very fast,’ Reinaldo Pereira, 42, told Brazilian news outlet G1. ‘There wasn’t even time to scream. Many residents saw it and didn’t know what to do for my friend.’

The dos Santos family had lived in the home for about six years.

‘I’ve known Ricardo for over 30 years,’ Pereira said. ‘We grew up together. I’ve lived in this neighborhood for 39 years. I was born here. I’ve never seen that happen. A tragedy.’

Photos show part of the single-story home disappearing under the mud.

About 40 members of the Fire Department, along with the São Paulo Civil Defense and military police, dug for around eight hours before they could finally retrieve the bodies later later on Sunday, hampered by the non-stop rain. 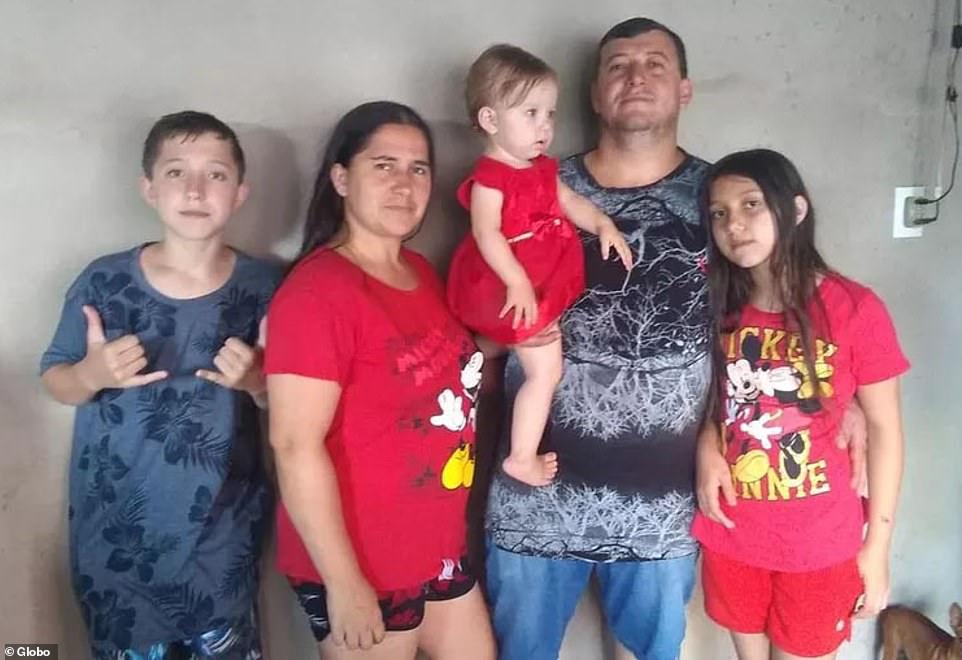 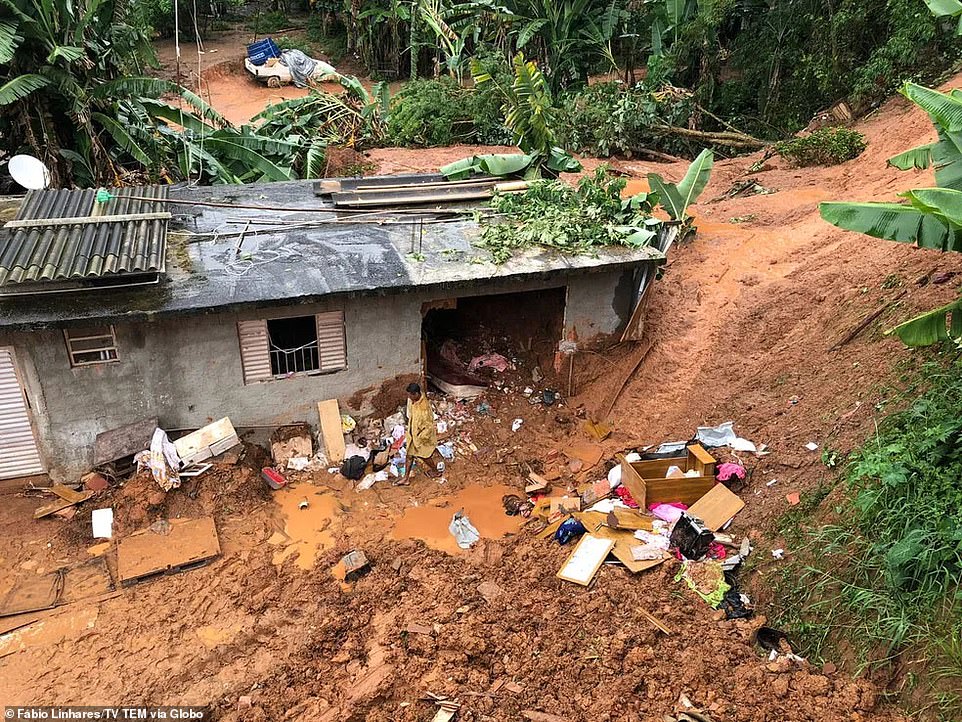 Authorities were able to locate the bodies of five family members in the bedroom of a house in Várzea Paulista, Brazil, on Sunday morning after the home was crushed by a landslide. Heavy rains since Friday produced landslides and flooding that killed 19 people in the southern state of São Paulo

Local officials said that half of the entire average rainfall for January, about four inches, fell in the space of 24 hours over the weekend, causing flooding and deadly landslides.

In all, São Paulo state authorities said 19 people, including seven children, were killed as a result of the extreme weather.

Neighbors of the dos Santos family have since been evacuated from their homes after Civil Defense and Geological Institute engineers found their homes were vulnerable to landslides.

São Paulo Governor João Doria flew over the flooded areas on Sunday and said he had authorized 15 million Real ($2.79 million) of emergency aid for the impacted cities. 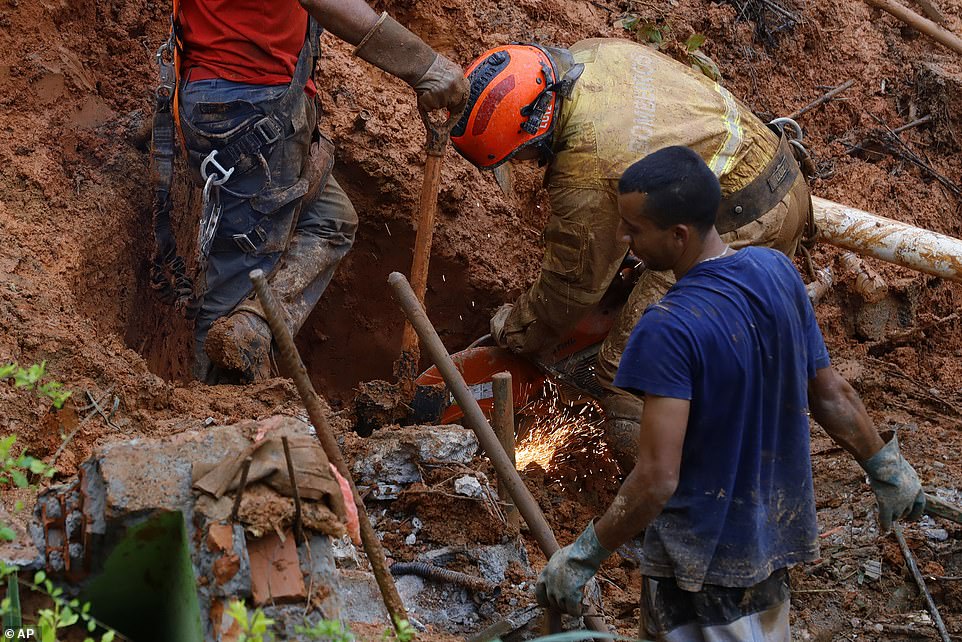 Firefighters search for people in the rubble of a residential area after heavy rains triggered a landslide in Franco da Rocha, a city in the southern Brazilian state of São Paulo, on Monday 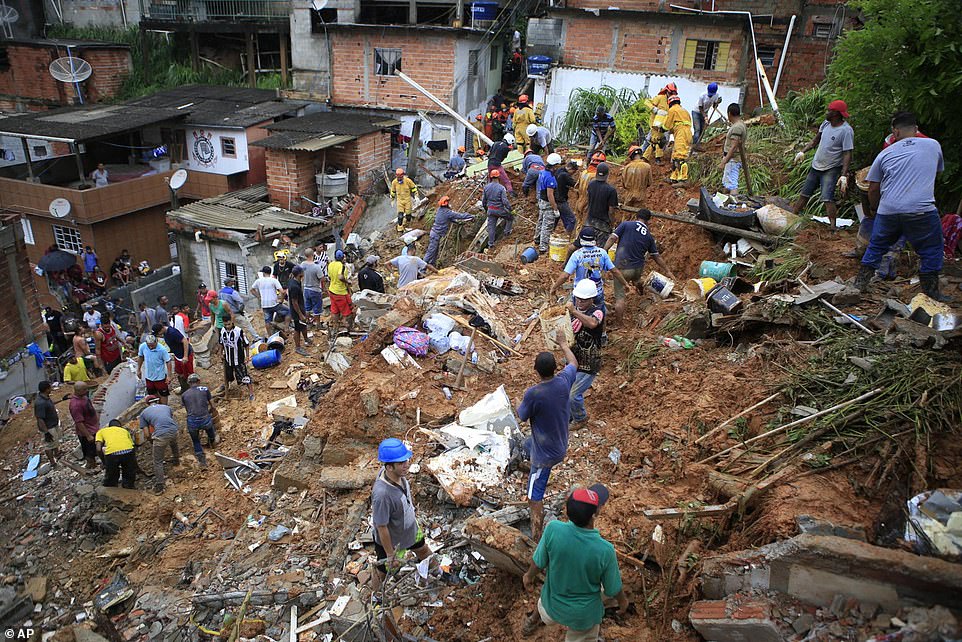 The federal government said in a statement from the Ministry of Regional Development that it is monitoring the situation.

Since December, heavy rains have triggered deadly floods in northeast Brazil, threatened to delay harvests and briefly forced the suspension of mining operations in the state of Minas Gerais. 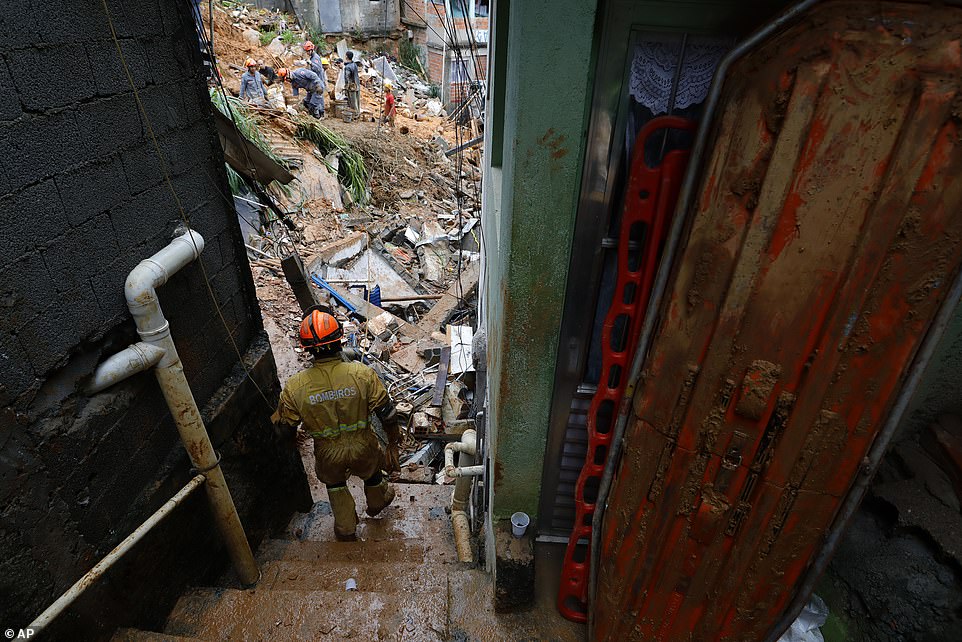 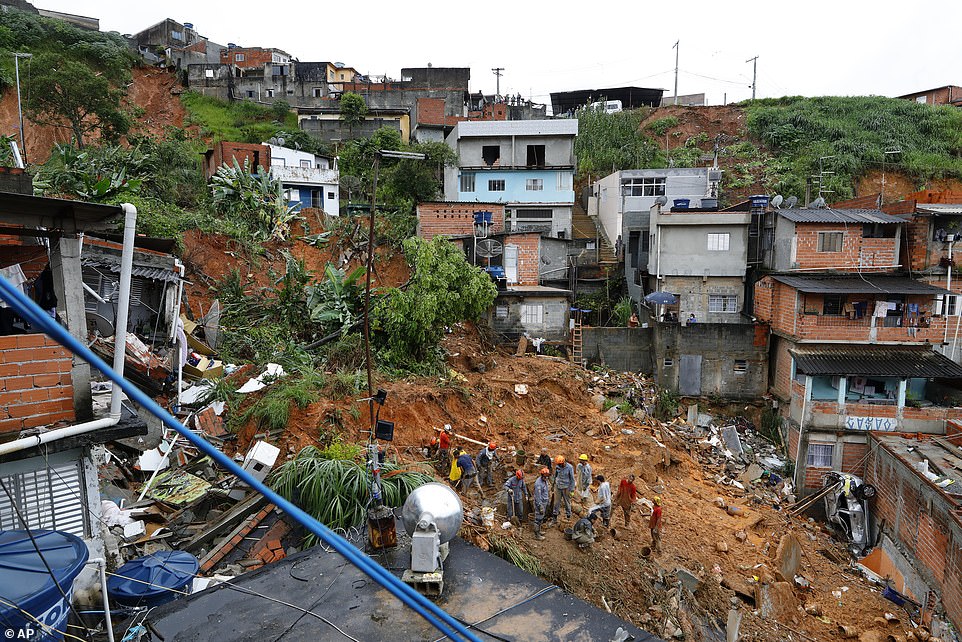