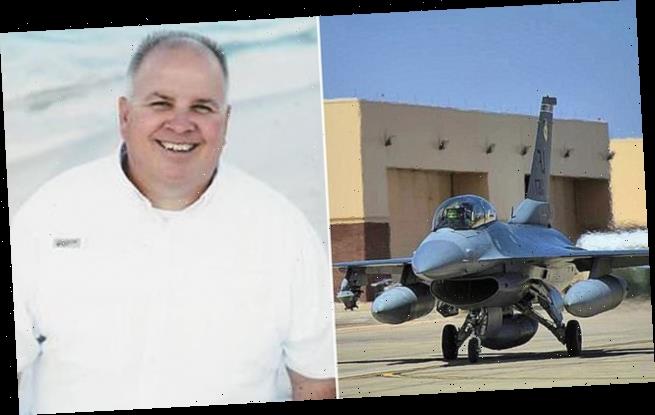 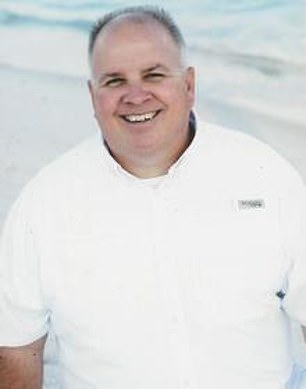 The family of a civilian contractor accidentally strafed and killed by a student F-16 pilot during a botched 2017 training has been awarded almost $25million in a wrongful death lawsuit.

On January 31, 2017, Charles Holbrook was in the observation area during a nighttime active weapons training exercise on Holloman Air Force Base, New Mexico, where he was visiting for work.

The 53-year-old was struck through the head by a 20mm round when the student pilot accidentally mistook his car for the target and fired on the instruction of his instructor, who also failed to recognize the mistake.

Holbrook, who was from Florida, was taken to Gerald Champion Regional Medical Center but died about an hour and a half later.

It was awarded by United States Magistrate Judge Stephan Vidmar during a telephone hearing on Wednesday.

‘Holbrook was killed when an F-16 student pilot mistook the line of rental cars for the similarly aligned target and was ordered to fire at the group, blowing up one of the rental cars and striking Holbrook in the head with a 20 mm round,’ court records state. 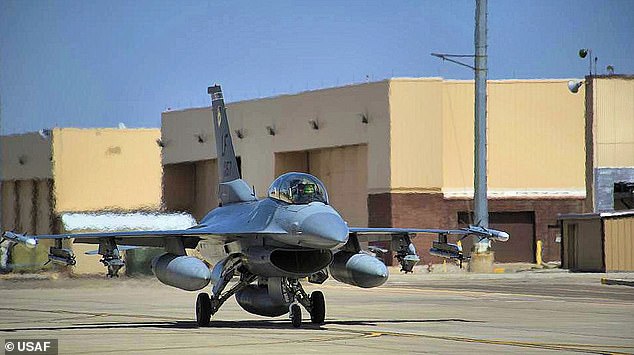 Charles Holbrook was in the observation area during a nighttime active weapons training exercise on Holloman Air Force Base, New Mexico, pictured, where he was visiting for work

Both the training pilot and the instructor from White Sands Missile Range were named as John Doe in the case, and the Air Force accepted responsibility for their actions.

‘The Defendant United States of America through the U.S. Air Force was responsible for the acts and omissions of their employees, agents, apparent agents and contractors, including Defendant John Does I and II, the JTAC personnel and those U.S. Air Force members responsible for training, supervising, directing and ensuring safety in the live fire nighttime run,’ the ruling said.

The training mission at the base was carried out at night and court records shows that mistakes had been made both by the student pilot and by the instructor in ensuring that they were aiming at the target and not the observation area when they fired.

Holbrook had traveled to the base to demonstrate a laser imaging device for the Dutch Air Force as part of his role at Sensors Unlimited, a division of United Technologies Aerospace Division.

The Air Force asked him to carry out the demonstration that night when two student F-16 pilots would by carrying out a training exercise on the range nearby.

‘This would be the first time the young pilots performed a nighttime live fire exercise,’ the records show.

The training was to be a ‘close air support scenario where F-16 fighter jets would attack with live ammunition an enemy position when “friendlies” were nearby’ in the observation area.

It was to include four aircraft – two students and two instructors – with ten people on the ground.

The trainee pilots and instructors went through a safety briefing before the training but those in the observation crew did not.

Holbrook was also not given any safety equipment before it began. 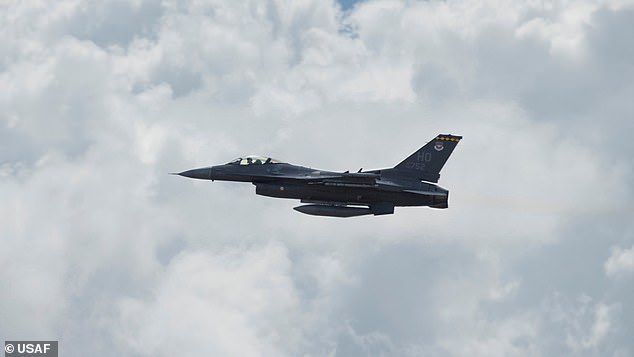 It was noted by the other instructor on the training mission believed that it had been especially complicated.

‘It would be the first time in his three years as an instructor at Holloman Air Force Base that they would run this nighttime close air support mission with two flights of two jets each; normally there would only be two jets in the air, not four,’ he said.

The observation area and the target both involved a line of vehicles parked on dirt oval with a road running north about a half mile apart.

‘From the air, at night, the observation point for the ground crew looked the same as the target,’ court records state.

A red strobe was set up at 6.59pm at the observation pint to distinguish it from the target but the student did not say that he saw it.

The student and instructor again failed to clarify minutes later when the trainee called out ‘capture target’ to indict they had spotted it.

‘He never described what he was targeting, and the (instructor pilot) never asked him to describe or verify that the (pilot) was tracking the correct target,’ the suit states.

The student began a final run at what he thought was the target at 7.18pm. 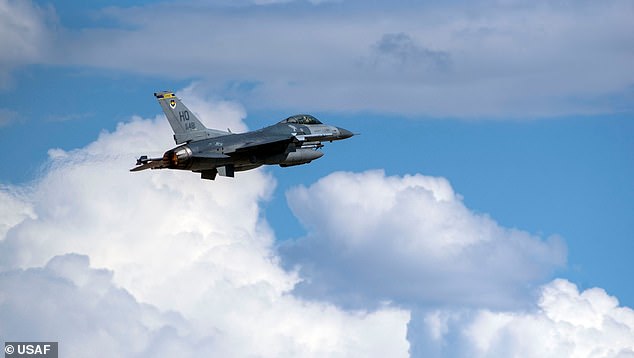 A US Air Force plane pictured at Holloman Air Force Base, New Mexico

The instructor used a laser at this point to highlight the correct target and the student said he was tracking it but did not describe what he saw or if he saw the laser.

As the student approached the observation point, he failed to recognize that he did no have the real target information on his display as it was out of range to the right.

‘The (student pilot) either did not recognize or misinterpreted the significant information in his heads-up display, i.e. that the steer point diamond and laser targeting reticle were absent from his display,’ court records state.

With student and instructor believing they were tracking the same correct target, the instruction was given to fire.

The student ‘squeezed the trigger while the nose of the aircraft was pointed at the (observation point) and sent 155 rounds of Vulcan cannon ammunition toward the ground crew, blowing up a rental car and striking Chuck Holbrook in the head with a 20 millimeter round’.

According to his obituary, Holbrook was a ‘friend-to-all’ and a highly-decorated United States Air Force Non-Commissioned Officer.

He also served as a Joint Terminal Attack Controller (JTAC) as part of a Tactical Air Controller Party (TACP).

He served in the United States Air Force for 22 years and 8 months and upon his retirement in 2005, found himself in the close air support arena as a civilian contractor.

Among his many awards and decorations was a Bronze Star and Defense Meritorious Service Medal.