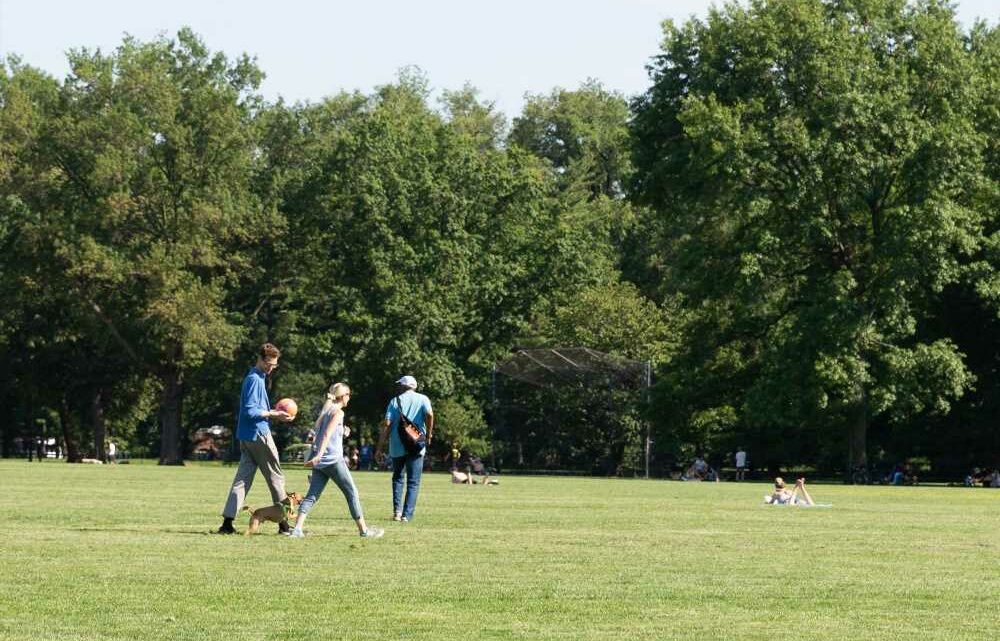 The 67-year-old woman and 62-year-old man were sitting on a bench in the Great Lawn Playground just after 5 p.m., when the branch snapped and struck them, police said.

Both people were taken to NY Presbyterian Weill Cornell University Hospital with minor injuries they were expected to recover from, according to cops.

New York City has paid out tens of millions of dollars to parkgoers that were killed or seriously injured by falling trees in Central Park in recent years.