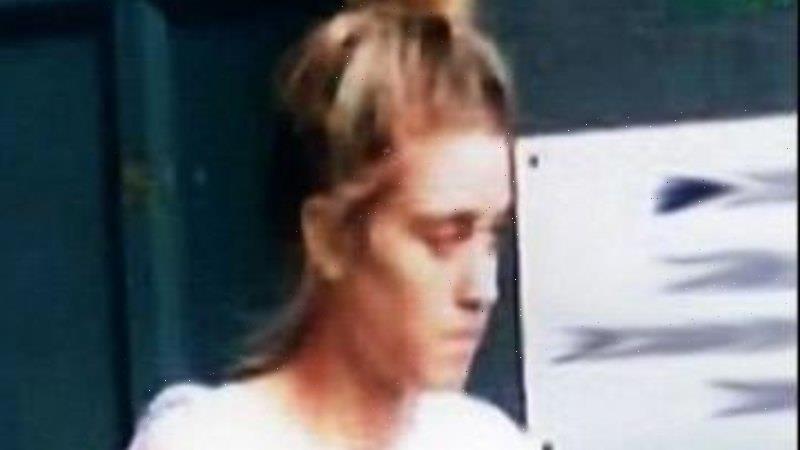 On the day she was arrested in 2019, notorious fraudster Samantha Azzopardi attended a mental health service in Bendigo in a blue school uniform, with a baby strapped to her chest and a four-year-old girl in tow.

She told staff she was 14 years old, pregnant and had been physically abused by her uncle. 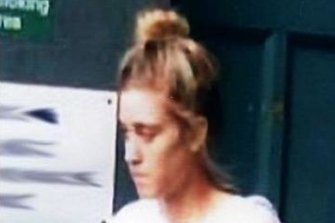 Samantha Azzopardi has been diagnosed with a severe borderline personality and a rare condition called pseudologia fantastica, which manifests with extreme lying.

It was all lies. She was, in fact, a 31-year-old and in her company were two girls she was caring for after conning a French family into believing she was a qualified live-in nanny.

She had told the children’s parents she was taking the girls for a picnic in the You Yangs, south-west of Melbourne. Instead, she took them to Bendigo’s youth mental health service Headspace, where a staff member recognised her from social media posts and alerted police.

Her arrest that day in the cosmetics section of Myer in Bendigo ended 18 months of offending in which Azzopardi duped multiple families, using several aliases to spin fake stories about her past.

The bizarre details of her most recent offending emerged on Monday as the 32-year-old pleaded guilty to three counts of child stealing, obtaining property by deception and theft in the Melbourne Magistrates Court.

She appeared via video link from jail, wearing a blue face mask and with her hair in a bun, and spoke only to confirm she could hear proceedings.

Prosecutor Kristy Churchill read an agreed summary of the case, starting when Azzopardi was hired as an au pair by basketball star Tom Jervis and his wife Jazze in June 2018. She claimed to be a 17-year-old called Harper Hernandez who came from a rich American family, and under this alias she cared for the couple’s toddler in Queensland and then in Melbourne.

Over the 26 weeks she worked for the family, she lived with them and received a total of $6500, over which she was later charged with obtaining property by deception.

Ms Jervis became suspicious of Azzopardi and ended her employment in June 2019. She later found her driver’s licence and an iPad had been stolen by Azzopardi.

In October of that year, a Melbourne family responded to an online ad purporting to be from a talent agency asking children to apply for a voice role in a cartoon movie. Pretending to be a talent scout called Marley, Azzopardi met the family in Melbourne and told them she wanted to mentor and train their young girl to be in an Australian version of the television show Punk’d. 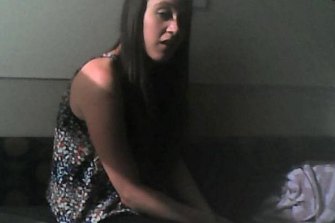 She told the family the girl should accompany her to Sydney for the audition, and they travelled there together in April 2019. During the trip, Azzopardi asked the girl go into a Centrelink office and write on a piece of paper that she was seeing ghosts and people from her past. The family realised something was not right and later reported to police.

Then, also in October 2019, French nationals who had just moved to Melbourne with their two young daughters employed Azzopardi as a nanny after finding her via an au pair Facebook page.

Azzopardi said her name was Sakah, she was aged 18 and was a qualified carer of children. She moved into their family home in October 2019.

A month later, she was arrested in Bendigo. She told police her name was Emily and gave only “cryptic clues” about who the children were. She refused to be formally interviewed and was charged.

On Monday victim impact statements were read to the court. Ms Jervis described how she is still “riddled with anxiety” and finds it difficult to trust and meet new people.

“I couldn’t understand how I let this happen,” she said. “I feel guilty, embarrassed, ashamed and disgusting every single day.”

Her husband said he could write a small book on the effects Azzopardi has had on him and his family.

“The crimes she has committed have made me sick, embarrassed, scared and angry,” he said.

He finds it difficult to take his daughter out in public and has struggled to go back to work in professional basketball. He feels as though, as a “father and protector”, he let his daughter down.

“The crimes committed against me will forever follow me,” he said. “I do not forgive you.”

The couple said they dreaded the day they had to tell their daughter what happened.

The French couple said Azzopardi’s offending had changed their lives. The wife said she lost her confidence and ability to trust anyone with her children, meaning she could not apply for a job to support her family.

Forensic psychiatrist Jacqueline Rakov told the court she had diagnosed Azzopardi with a severe borderline personality and a rare condition called pseudologia fantastica, which manifests with extreme lying.

Dr Rakov said Azzopardi had an unstable sense of self and all her interpersonal relationships were born of deception, whether through her employment as an au pair or using dozens of pseudonyms.

She believed Azzopardi’s extreme lying was not motivated by a desire for fame, money or notoriety, and the lies and narratives she told often involved saving or looking after children, which Dr Rakov believed could be linked to Azzopardi’s own experience of childhood trauma.

Without consistent mental health treatment, Azzopardi would be at a high risk of reoffending, with a low chance of rehabilitation, she said.

“If Ms Azzopardi is released and left to her own devices there is no circuit-breaker to prevent it happening again,” she said.

Azzopardi’s lawyer Jessica Willard said her client had already spent 570 days in custody and argued the offending was not at the most serious end of the scale, as she had not planned to deprive the parents of their children or to harm them.

She said Azzopardi should receive a good behaviour bond, but prosecutor Kristy Churchill said she should be sentenced to a community corrections order that had conditions attached so she would receive mandatory treatment and therapy for her mental health issues.

Magistrate Johanna Metcalf adjourned the proceedings until Wednesday and ordered that Azzopardi be assessed for a community corrections order.

Azzopardi originally planned to fight the charges, but during a court hearing in March, her lawyer told the court the matter had been resolved and her client would be pleading guilty to three counts of child stealing.