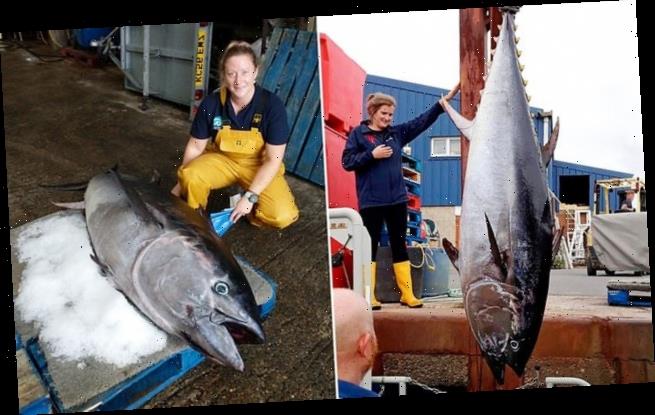 Expensive fish at £2.5million washes up in Chichester West Sussex

World’s most expensive fish washes up on English coast: ‘Remarkable’ 28-stone blue fin tuna – that can sell for as much as £2.5million – is found dead in harbour in West Sussex

An enormous rare fish which is one of the world’s most expensive species has washed up on the English coast.

The ‘remarkable’ giant tuna is a delicacy in Japan and one once fetching a record £2.5 million at auction.

The 180kg (28 stones 4lbs) tuna mysteriously made its way into Chichester Harbour, West Sussex, where it was found dead. 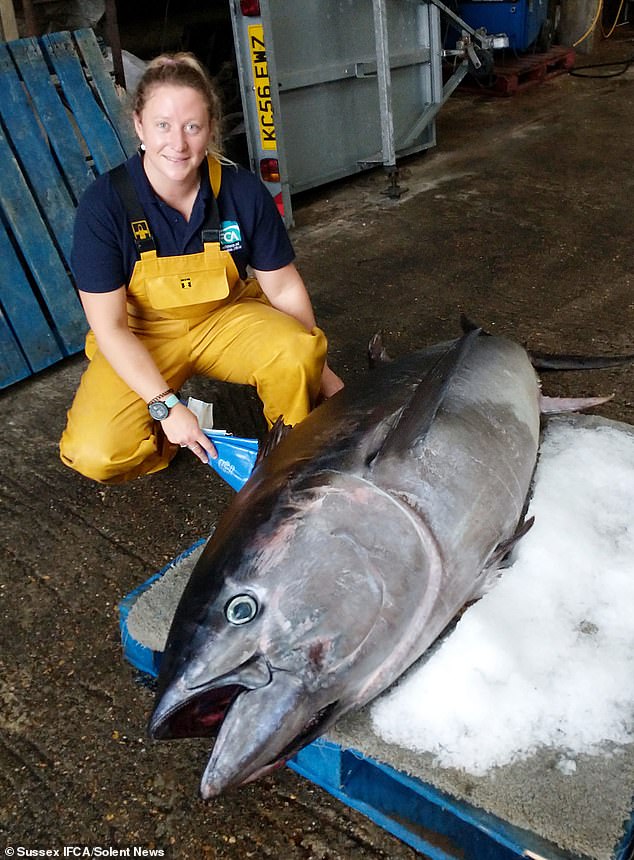 Catch of the day: This giant tuna is a delicacy in Japan with one once fetching a record £2.5 million at auction

The two-metre long fish was identified as an Atlantic Bluefin tuna – the largest of the tuna species, which can reach up to 3m in length and weigh more than 600kg.

It had to be winched onboard the IFCA’s patrol vessel ‘Watchful’ where marine experts studied the fish.

Scientists concluded the fish died recently and showed no signs of damage after examining tissue and bone samples.

Tim Dapling, chief fisheries and conservation officer at the Inshore Fisheries and Conservation Authority, said: “This is a very unusual and positive event in terms of fisheries the marine environment and the presence of a key species.

“Although it is a pity the fish was not alive, it is first time we have an encountered at close quarters a Bluefin tuna specimen in Sussex coastal waters.

“It was a quite remarkable and impressive fish.

‘Why it was in Chichester Harbour or came ashore may never be clear, but we do know species such as mackerel and bass are present in numbers within the harbour and perhaps it entered the harbour to feed and became disorientated. 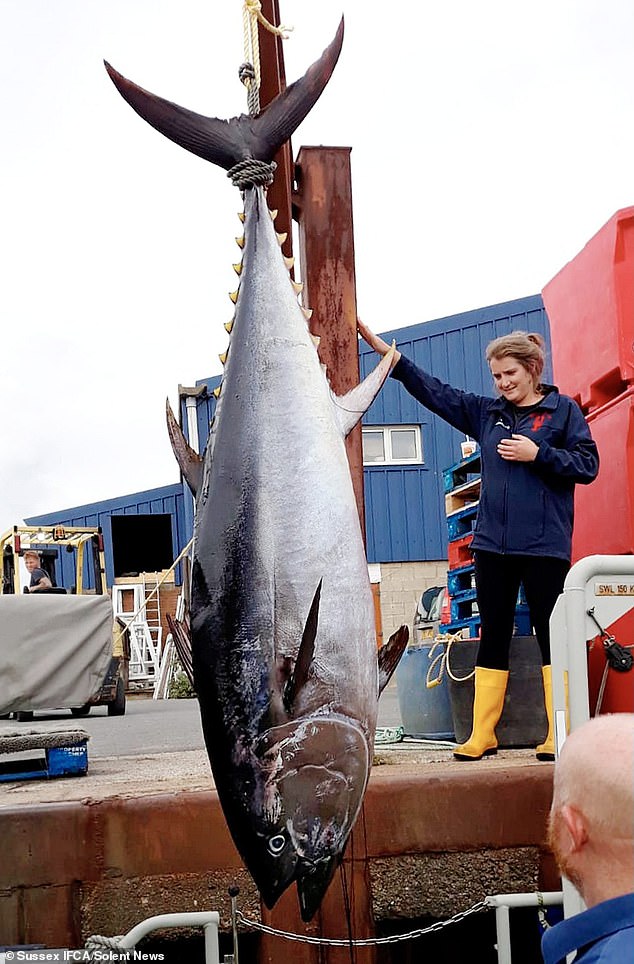 “Presently we have spring tides, and at low water the channels of the harbour can be relatively shallow and narrow.

“A fish of this size and species is used to open sea areas where it can swim unconstrained to hunt prey.

“The adult Bluefin tuna are at the top of the marine food chain and the increasing presence of top predators typically indicates the improving health of ecosystems. 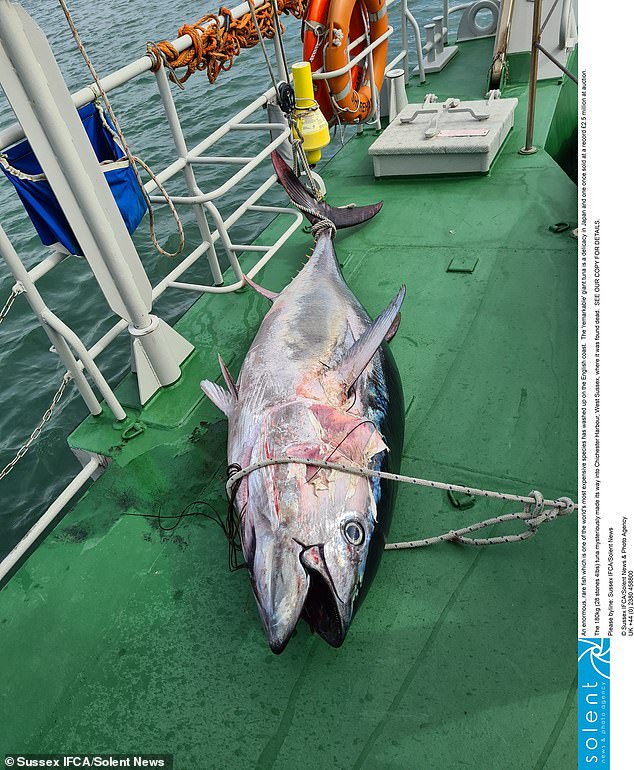 “Of course, this was just one fish, however I’d be surprised if it was the only one in Sussex waters.”

In January, a Japanese sushi boss forked out almost £2.5m for a Bluefin tuna which weighed 278kg at auction in Tokyo.