Exeter Nightingale reopens because Devon hospital is ‘very busy’ – even though it was only 88% full last week and was quieter than most (so WHY can’t it cope?)

Exeter’s Nightingale hospital opened to Covid-19 patients for the first time today, it was revealed.

The 116-bed unit — which was moth-balled for months — is the second to start admitting patients in England, after Manchester’s make-shift facility re-opened last month to provide treatment for non-Covid patients.

Bosses at Royal Devon and Exeter NHS Trust insisted the extra-capacity was needed because they are ‘very busy’.

There were 85 beds occupied by Covid patients on average in the trust in the seven-day spell to November 17, a 60 per cent rise on the previous week.

Covid infection rates in the South West as a whole have been among the lowest in the UK since September. In Exeter they fell 20 per cent in the week to November 20 to 98.1 cases per 100,000 people. This suggests pressure on hospitals will start to drop in the coming weeks.

Devon was placed under Tier Two restrictions today alongside its neighbour Dorset, but nearby Cornwall was moved into Tier One.

Health chiefs admitted today there was pressure at the trust’s hospitals, and said they were also concerned about a case rate of 85 per 100,000 in the over 60s, who are more likely to be hospitalised with the disease. 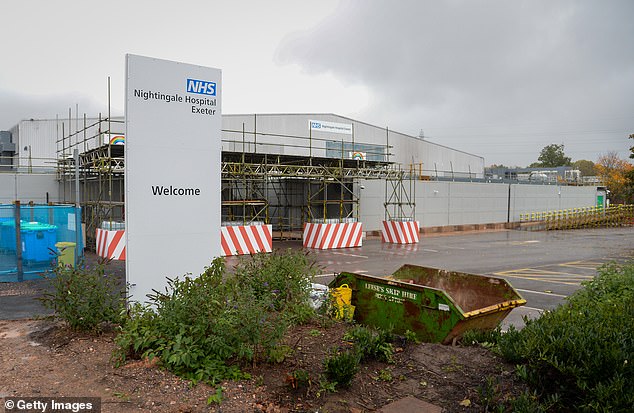 Exeter’s Nightingale hospital will start accepting patients with Covid-19 today, officials have said. It has been opened because local hospitals are ‘very busy’ 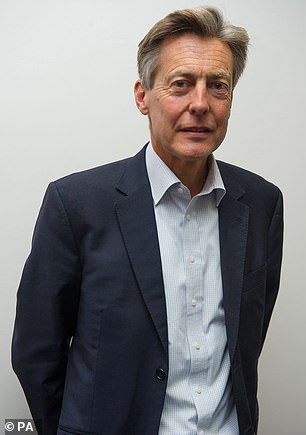 Announcing the decision to open their Nightingale hospital a spokesman said: ‘The Nightingale Exeter will accept patients Thursday who will be transferred from the Royal Devon and Exeter NHS Foundation Trust (RD&E) which is very busy.

‘We would ask that the public continue to observe the Government’s advice on observing the lockdown and social distancing so that we can keep patients safe.’

MailOnline understands the trust is not facing a staff shortage, and does not have many employees self-isolating after catching or being exposed to Covid-19.

Exeter’s MP Ben Bradshaw said the move was ‘very good news for patients’ and would ‘take the pressure off the Royal Devon and Exeter Hospitals and other local NHS services to cope with unprecedented Covid-19 pressures’.

The Labour MP added it was ‘something I raised with Matt Hancock two weeks ago’.

Speaking virtually in the Commons he told the Health Secretary on November 10 his local NHS wanted to use the hospital, but did not have the staff to do so.

‘What exactly is the purpose of the Nightingale hospitals when there are not the doctors and nurses to staff them?,’ he said.

The Nightingale hospital in Exeter was hastily put together in a former Homebase store during the first wave of the pandemic.

There have been mounting concerns over whether the hospitals, quickly built at an estimated cost of £220million to the taxpayer, are value for money.

The Government had seven constructed, and the majority have remained moth-balled throughout the second wave.

But a staff shortage in the NHS is thought to have meant health chiefs had no option but to leave them empty because they didn’t have enough docotrs and nurses to staff them.

The Government went on the recruitment drive during the first wave of the pandemic, bringing many healthcare staff workers out of retirement.

Yet it still ended up starting to close the hospitals in May after the first lockdown meant pressure on the NHS began to subside.

London’s Nightingale hospital was the first to be wound down on May 15 after treating just 54 patients in total in the near 4,000-bed facility.

Devon was moved into Tier Two today with restrictions on people mixing in private homes, but restaurants again allowed to reopen on December 3.

A spokesman from the Department of Health said they made this decision because the case rate was around 121 per 100,000 but noted ‘though there are higher rates in Plymouth, Torbay and Exeter’. 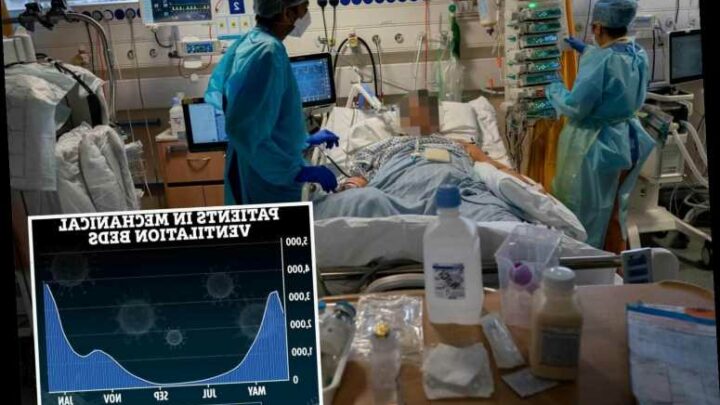