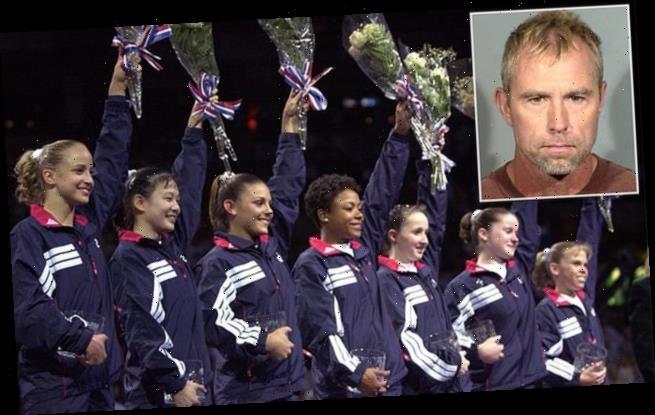 Ex-USA Gymnastics coach, 52, is arrested and charged with more than a dozen counts of lewdness with a child under 14, nearly a year after he was suspended from coaching because of alleged ‘sexual misconduct’

A 52-year-old former coach of the United States gymnastics team will appear in court in Las Vegas on Monday to face 14 charges of lewdness with children.

Terry Gray, who helped prepare Morgan White and Alyssa Beckerman for the 2000 Sydney Olympics, was arrested by police in Las Vegas on Friday.

John C. Manly, a lawyer who represents about 200 gymnasts who are suing U.S.A. Gymnastics, including one of Gray’s former athletes, said Gray had coached at gyms in California, Nevada and Ohio throughout his career.

‘This isn’t just any gymnastics coach,’ he told The New York Times.

‘This is somebody who coached national team athletes, world champion athletes and Olympic athletes.’ 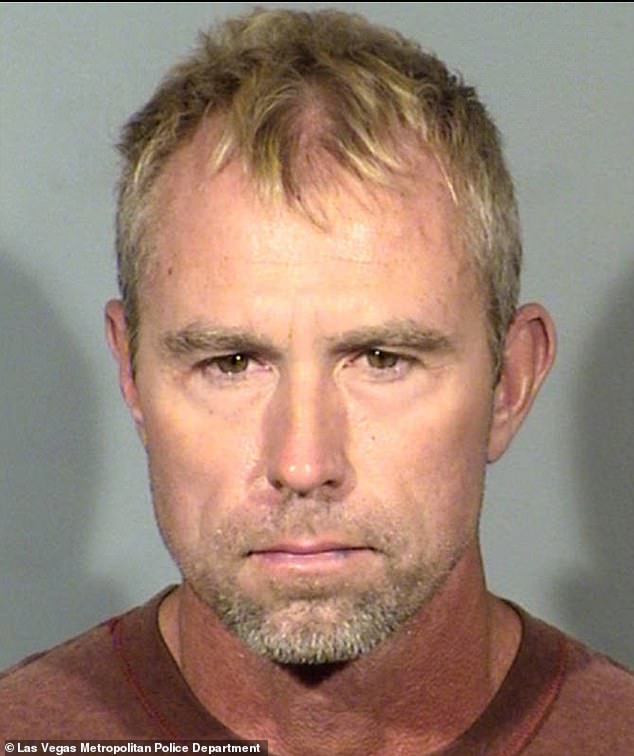 Terry Gray, 52, was arrested by police in Las Vegas on Friday and will appear in court Monday

The charges are filed by three victims, and date from 2007-13, The Orange County Register reported.

In June 2018 Gray was suspended by USA Gymnastics and the U.S. Center for Safe Sport during an investigation into allegations of sexual misconduct.

The gym where he was working at the time, in Temecula, California, was not informed of the investigation, and was only made aware of Gray’s suspension after it was brought to the club’s attention by members of the gymnastics community.

Even then, the Temecula gym continued to allow him to coach until the suspension was made permanent in October 2019.

Gray owned a gym in Stowe, Ohio, and is reported by The Orange County Register to have coached the USA women’s gymnastics team from 1999-2005.

In 2000 he was drafted in to help Olympic coach Mary Lee Tracy prepare athletes for the Sydney games, at a training facility in Cincinnati.

Among the athletes he coached were Morgan White, who qualified but through injury did not compete at the Games, and Alyssa Beckman, who was an alternate on the 2000 Olympic team.

It was unclear where he was working at the time of the first allegation, in 2007.

By 2009, the year of the second allegation, he was working at Brown’s Gymnasium in Las Vegas.

No mention of Gray is currently on the gym’s website, and he was not listed as a staff member.

The final accusation dates back to 2013, and by 2018 he was in Temecula, California.

If convicted, Gray could face a maximum sentence of life in prison.

Stephen B. Wolfson, the district attorney of Clark County in Nevada, said that in Nevada, the lewdness charge involves a victim being touched ‘with the intent of arousing or appealing or gratifying the victim or the offender.’

USA Gymnastics has been deluged by reports of sexual abuse of athletes starting in 2016, when the Indianapolis Star published a bombshell expose.

In it they reported that athletes had come forward to say former national team doctor Larry Nassar had sexually abused them.

Hundreds of athletes in recent years have said Nassar abused them under the guise of treatment.

Nassar was sentenced in January 2018 to 175 years in a Michigan state prison after pleading guilty to seven counts of sexual assault of minors.

Since the floodgates were opened in 2016, there have been 16 people affiliated with USA Gymnastics, including Gray, who have been suspended or banned from the organization due to allegations of sexual misconduct or sexual harassment involving a minor, according to a SafeSport online database.

The database publicized cases ‘that could pose a potential risk to the broader sport community,’ the website said.

There were an additional 64 people who were banned from USA Gymnastics due to a ‘criminal disposition’ involving a minor, although the database did not indicate if those cases involved sexual misconduct.