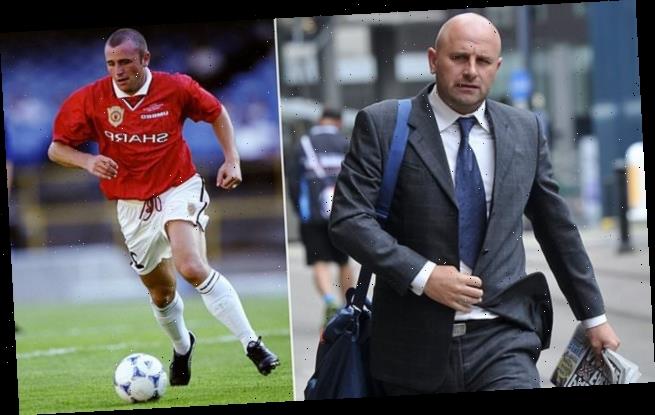 The ex-Premiership midfielder was charged with causing grievous bodily harm following allegations he and a friend attacked Alan Mulholland while the victim was talking to them.

Mr Mulholland claimed he was headbutted in the alleged incident at a bar in Tameside, Greater Manchester, in December 2019.

He suffered facial swelling and a bloodshot eye, and needed three stitches for a wound to his face. 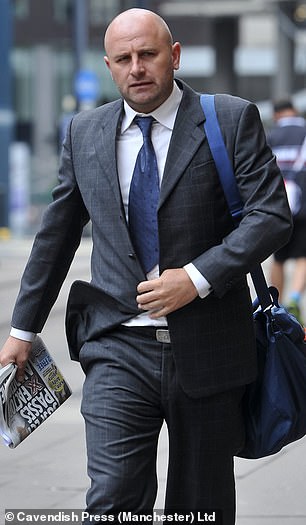 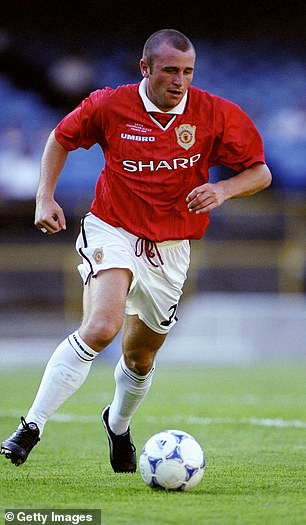 At Tameside Magistrates’ Court on Thursday, Wallwork, from Failsworth, near Oldham, spoke only to confirm his name, age and address.

He appeared alongside David Garner, 43, from Newton Heath in Manchester, who is also charged with GBH.

Prosecutor Nick Smart told the hearing: ‘The two defendants had been in a public house. It appeared that they were in conversation with the complainant but that turned sour, resulting in a fight.

‘The conclusion of that was three stitches, a fractured eye socket, red swelling and a bloodshot eye. Head butting was part and parcel of the attack.

‘This is a category one offence, one of greater harm and culpability, because the head butting was used as a weapon. The starting point is three years in jail.’

Wallwork joined Manchester United’s academy in 1993 as a 16-year-old and was crowned the club’s Young Player of the Year in 1996. 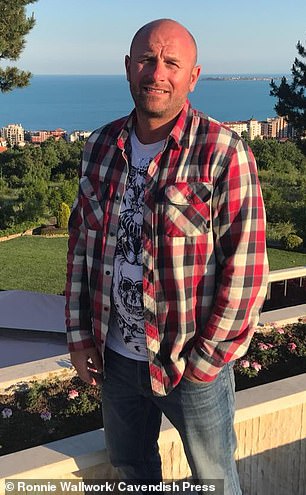 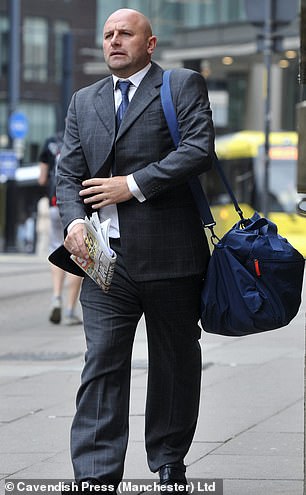 A player who operated in midfield or defence — he starred in United’s FA Youth Cup-winning side of 1995 — Wallwork made his debut for the first team in a 7-0 drubbing of Barnsley in October 1997, having impressed at that summer’s Under 20 World Cup in Malaysia

He made his debut for Manchester United in 1997 playing alongside Ryan Giggs and David Beckham.

But his career at Old Trafford failed to take off, despite him playing enough in the 2000-01 campaign to win a champions’ medal.

He left United in 2002 after 77 games and joined West Bromwich Albion.

Wallwork and Garner made no plea to the charge and were sent for trial at crown court. They will next appear in court in February for a pre-trial hearing.

The Serpent: When is the last episode of The Serpent out?
World News