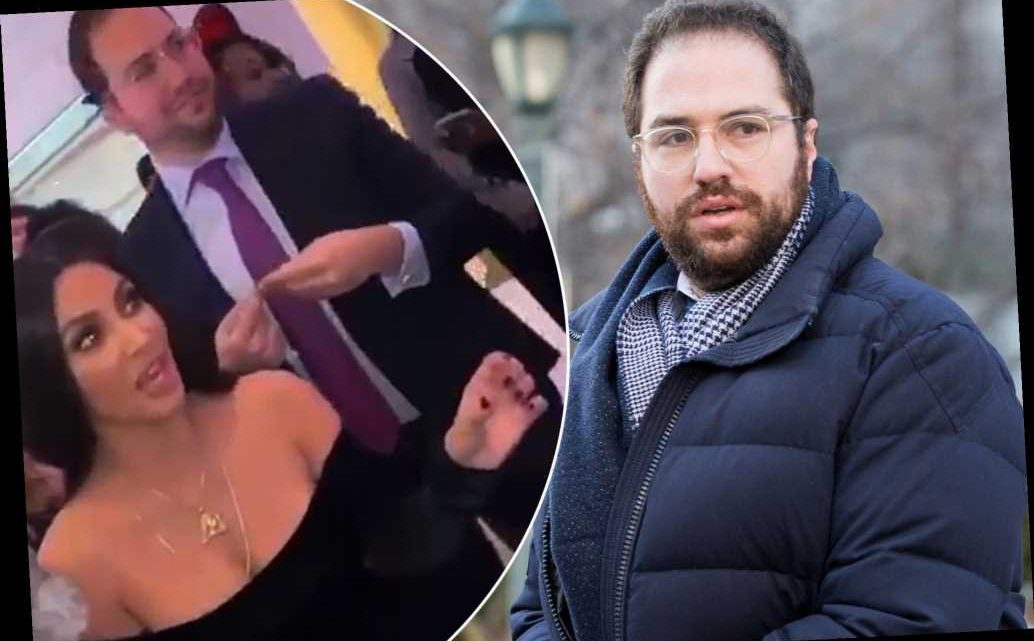 Convicted ex-Mayor Bill de Blasio crony Jona Rechnitz is keeping up with the Kardashians — to run a fraud scheme involving millions of dollars in diamonds, a new lawsuit charges.

The brazen crook — who used footage of himself partying with Kim Kardashian at a jewelry show in November to try to convince a Manhattan federal judge to go easy on him at sentencing — is touting the same starry event to lure in marks, according to the suit obtained by The Post.

While the Kardashians have no role in the estimated $15 million scheme, Rechnitz and his wife, Rachel, have posted photos on social media of clients Kylie Jenner and Kim, as well as de Blasio, “to create a false sense of credibility’’ for themselves, documents say.

The Rechnitzes run the business Jadelle and Jewelry Diamonds, “whose marque [stet] client is the Kardashian family,’’ says the suit, filed Sunday in Los Angeles County, where the Rechnitzes live in an estimated $15,000-a-month rented pad amid the palm trees.

Noval says in his suit that he loaned Rechnitz $2.8 million for his business in January 2019.

Noval did not know of Rechnitz’s past — which includes bribing New York City correction-union officials in a retirement-fund scheme — at the time, his lawyer, Ronald Richards, told The Post. Rechnitz, who Richards called an “economic terrorist,’’ is currently free while appealing his 10-month prison sentence.

Under the deal, Rechnitz was to pay Noval an interest rate of 9 percent a month on the loan, the suit says. He allegedly gave Noval $7 million in diamonds in return as collateral.

When Rechnitz missed deadline after deadline on repaying the loan, Noval called him out, the suit says.

Rechnitz allegedly told Noval to give him the diamonds back, and in exchange, he would write him two checks totaling $3.8 million.

The diamonds and checks exchange went down last month — weeks after Rechnitz was sentenced in Manhattan federal court on wire-fraud charges and released on bail pending appeal.

During his sentencing, Rechnitz urged the judge to “watch the video’’ of him with Kim Kardashian at the jewelry show, saying, “You’ll see me dressed in a suit trying to make a living.’’

Noval agreed to give Rechnitz the diamonds back in exchange for the checks, the suit says. The checks later bounced, according to the suit. The Rechnitzes had a Wells Fargo Bank worker who arranged to have them stopped, the papers say.

The suit noted the way the judicial system handled Rechnitz.

“Apparently misunderstanding his role as a ‘one of the single most important and prolific white collar cooperating witnesses in the recent history of the Southern District of New York’ according to the government, Jona mistakenly believes that this provides him immunity from committing fraud in California,’’ the documents say, quoting the feds in describing Rechnitz’s role in bringing down public officials.

Noval’s lawyer, Richards, told The Post that there are other victims of Rechnitz’s out there and put the estimated total price tag on his alleged scheming at $15 million in the court papers.

“He lied to his sentencing judge and has bamboozled the amazing prosecutors … who went to bat for him,” the lawyer said.

The lawsuit targets Rechnitz, his wife and two alleged accomplices.

Neither Rechnitz nor his lawyer immediately responded to request for comment.

Noval is filing suit to encourage others who have allegedly been scammed by Rechnitz to come forward and report it, his lawyer said.