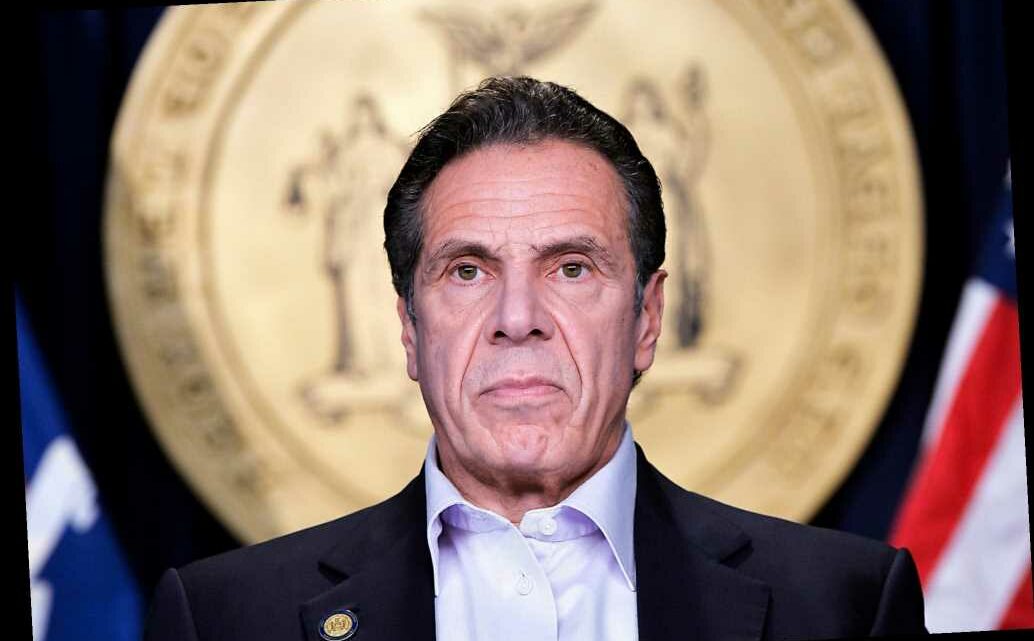 A former aide to Gov. Andrew Cuomo said her ex-boss has relapsed back into the “snarling attack dog” that New Yorkers know all too well — following the plaudits he received for his performance at the daily press briefings during the early days of the coronavirus pandemic.

Alexis Grenell unloaded on Cuomo in a withering column in The Nation titled “The Collapse of the Cuomosexual” — the moniker adopted by fans of the governor.

She was Cuomo’s deputy director of intergovernmental affairs when he was state attorney general.

“The Andrew Cuomo New Yorkers know and mostly tolerate, the snarling attack dog who gaslights fellow Democrats and deploys staff to call his female critics ‘f—-g idiots,’ dropped down to Earth last week. It was a hard landing after a long-distance love affair with a fanbase in a galaxy far, far away,”  said Grenell, a media and political consultant.

She said Cuomo’s promotion of his book about COVID-19 in the middle of the pandemic is an act of hubris — likening it to Winston Churchill writing the history of World War II while still fighting it.

“St. Andrew, our savior of the spring, is now milking his 15 minutes of fame for an extra 30,” Grenell said.

“The book,” she opined, “is an undignified victory lap by the facts-first persona that won him legitimate praise to begin with, underscoring the point that for Cuomo it was always more about presentation than substance.”

Cuomo won an Emmy Award for his televised conferences where he sprinkled in anecdotes about his daughters and other family members while providing information about the killer virus to the public.

Grenell said it’s “genuinely depressing” that the son of former three-term Gov. Mario Cuomo is now “so eager to be flattered by Ben Stiller,” who was one of the celebrities that lauded Cuomo on his TV award.

“It’s almost hard to remember how he ridiculed two-time Emmy Award–winner Cynthia Nixon back in 2018 for being an unqualified celebrity,” Grenell said of Cuomo’s Democratic primary rival for governor. “Turns out he just wanted to trade places all along.”

“The self-described ‘cool dude in a loose mood,’ threw a Trump-style tantrum,” she said, reminding that Cuomo “blew a gasket” during a recent Albany press conference.

Cuomo lashed out at reporters as “obnoxious and offensive” after they asked questions about whether New York City’s public schools would be shut down the next day because of rising COVID-19 infections in Gotham.

Grenell noted that Cuomo never answered the question — and towards the end of his press conference it leaked out that Mayor Bill de Blasio and Schools Chancellor Richard Carranza announced the schools would be closed.

She said the fact that the city and state governments have different criteria for COVID-safety restrictions led to the confusion that prompted questions from reporters that set off the governor.

Grenell said Cuomo “undeniably offered a vision of competent, humane government at the height of the crisis,” but noted, “This is who he is the rest of the time. ”

In the stinging critique, Grenell claimed Cuomo is “more about presentation than substance.”

“It’s why he and his staff reflexively insult anyone who criticizes his handling of the pandemic or insists on returning to the normal system of democratic governance as Jefferson envisioned it,” she said.

Cuomo still hasn’t given a full accounting of the number of nursing home residents who died from COVID-19. Grenell pointed out how a Cuomo aide belittled a lawsuit from the Empire Center for Public Policy to force the administration to release the data on deaths as “yet another publicity stunt from an arm of the far-right advocacy industrial complex.”

Cuomo senior adviser Richard Azzopardi, asked about Grenell’s broadside, said, “We’re focused on the pandemic, not the musings of brand-building political consultants. Everyone has a right to an opinion as consistently wrong as they may be.”

Despite his sharp elbows and controversies, a recent Siena College survey found that Cuomo — a decade into his governorship — remains popular.

Sixty-three percent of responders approved of his handling of the pandemic, 56 percent view him favorably and 54 percent approve of his job performance.

Still, his act might be wearing thin. Only 51 percent of New Yorkers queried in the Democratic-leaning state said they would back Cuomo if he seeks re-election to a fourth term in 2022, while 42 percent said they would prefer someone else.