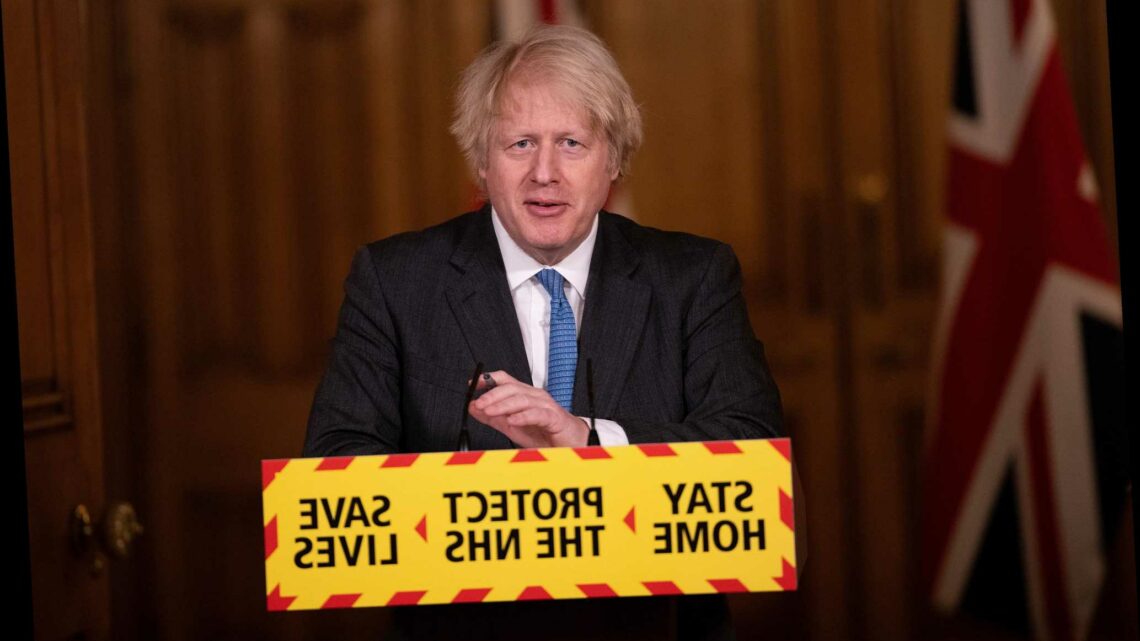 BORIS Johnson is set to unveil his roadmap to recovery on Monday.

The PM has promised to be guided by "data, not dates" when he announces the route out of lockdown. 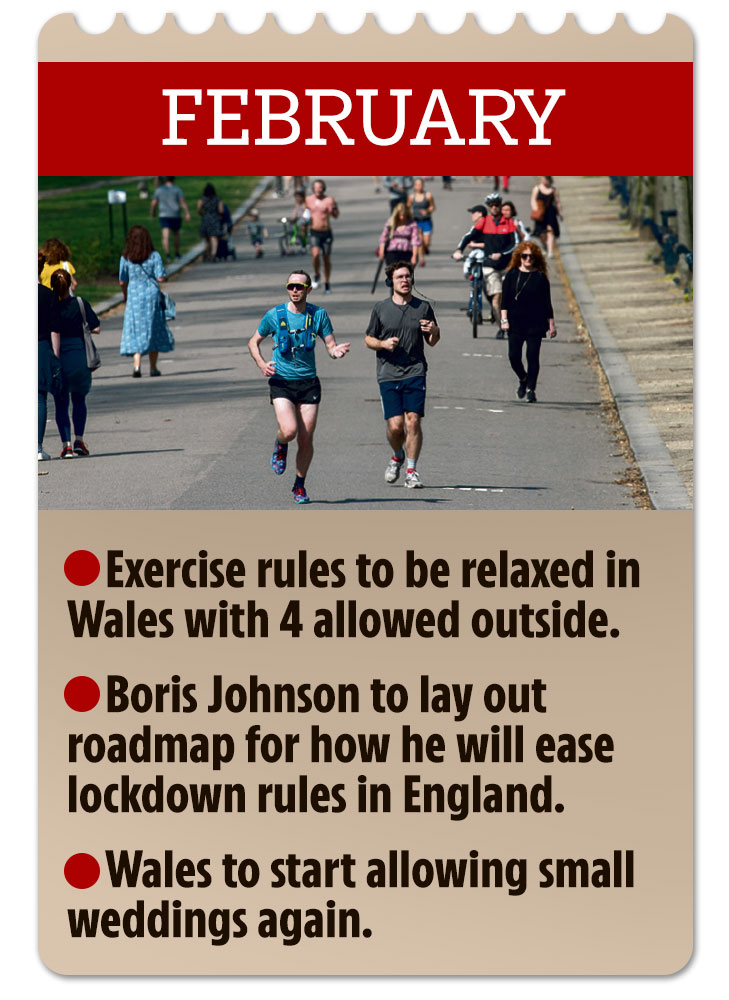 The Sun has revealed that the measures he will is set to announce will include two households being able to meet up outside from Easter.

The PM's eagerly anticipated announcement comes as Wales is set torelax restrictions from tomorrow by allowing four people to exercise outside – up from the current limit of two.

Here's what we know so far about next week's announcement on the UK government's five-month roadmap.

The PM wants schools in England to reopen on March 8 and for all children to return to the classroom.

But the reopening of classrooms could be staggered after unions claimed the plans were "reckless".

MPs have urged Mr Johnson to stand up unions that call for a staggered return. Some children in Wales and Scotland are due to return to school next week.

Non-essential shops are also set to reopen and outdoor sports rules relaxed from next month.

Care home visits would also be permitted again when lockdown laws expire at the end of March. 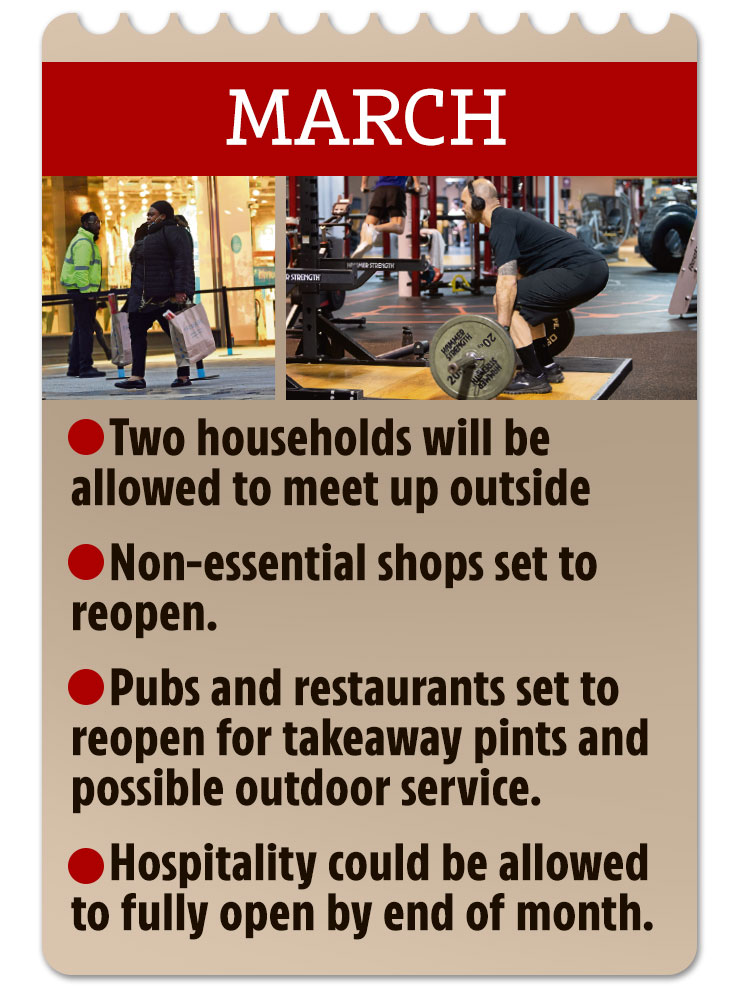 Under Boris's plan, two households will be allowed to socialise outdoors from Easter in April.

A senior source told The Sun the decision was “as a recognition of how tough these last few weeks and months have been”.

Mixing in parks and possibly gardens are set to be announced, allowing families to see each other for the first time since January.

It's hoped pubs could reopen for takeaway pints, with gyms hoping to reopen also. 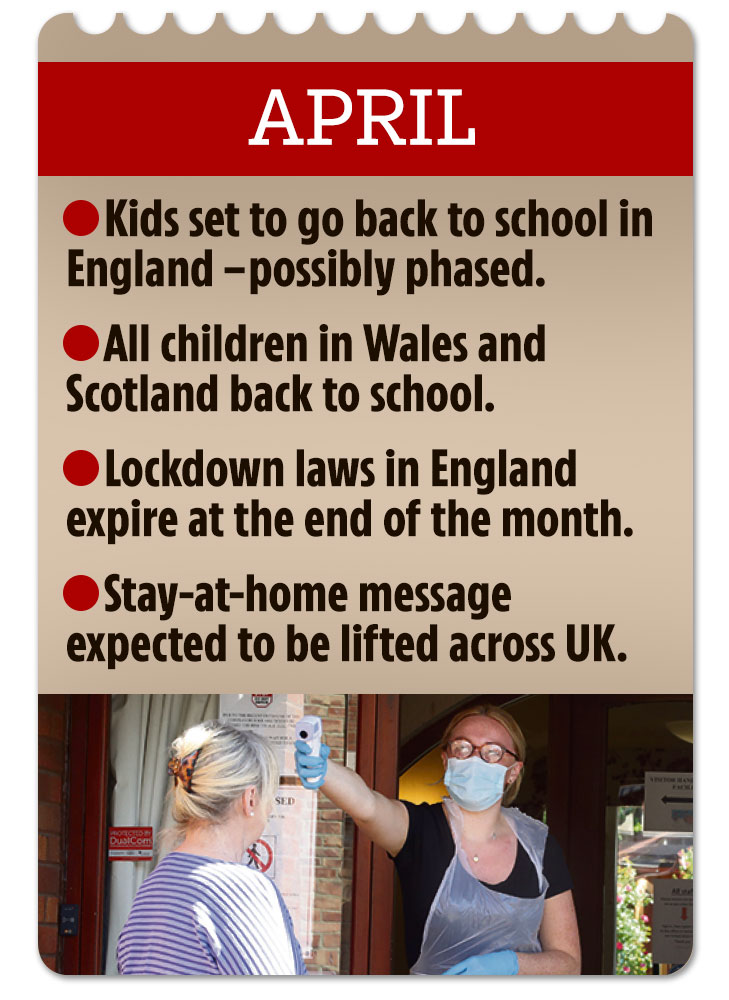 Pubs and hairdressers could reopen by May

Thirsty punters may have to wait until May to sup pints inside pubs.

Indoor service could resume along with the rule of six, possibly with two households to start with.

Anyone who needs a haircut may face a similar spell of time before they can get a trim.

Senior sources told The Sun the beauty industry still “have some time to go” before they can re-open.

Hairdressers may not reopen until late April, with close-contact treatment like waxing and pedicures “where contact is inherent” delayed over longer. 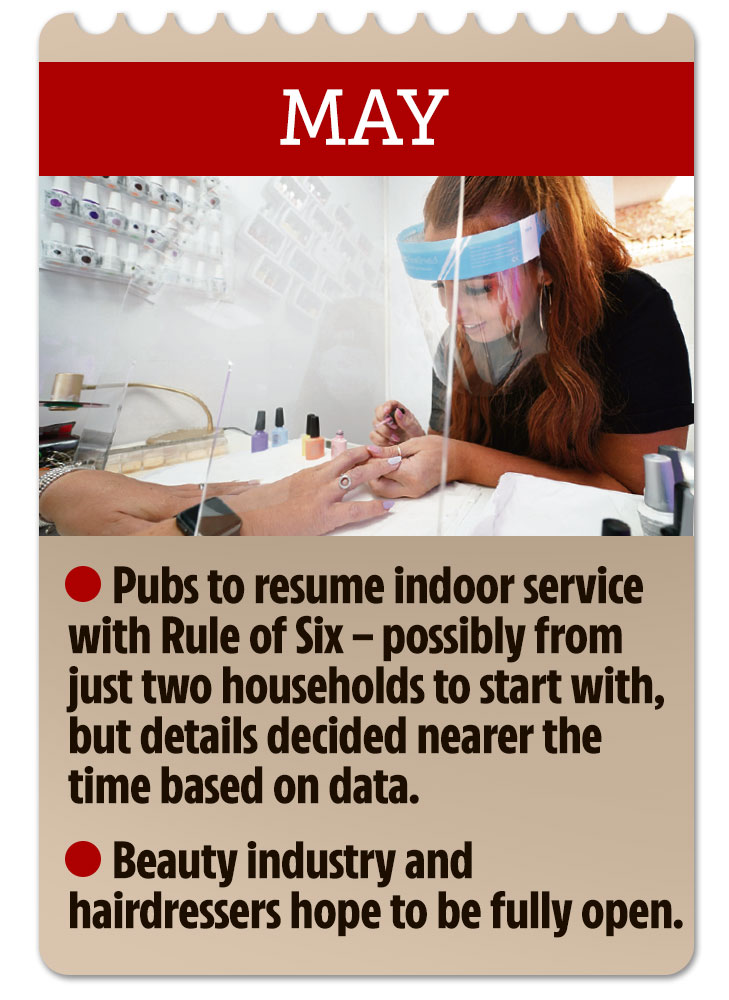 Hopes for Holidays and indoor mixing by June

June should see indoor mixing between households and overnight stays allowed once more.

Holidays in the UK could also resume.

There have been reports that the government is looking at bringing in vaccination passports to allow trips abroad.

"Once the vaccination passport system is set up it should be straightforward. That won’t be easy, but we can see the way ahead." 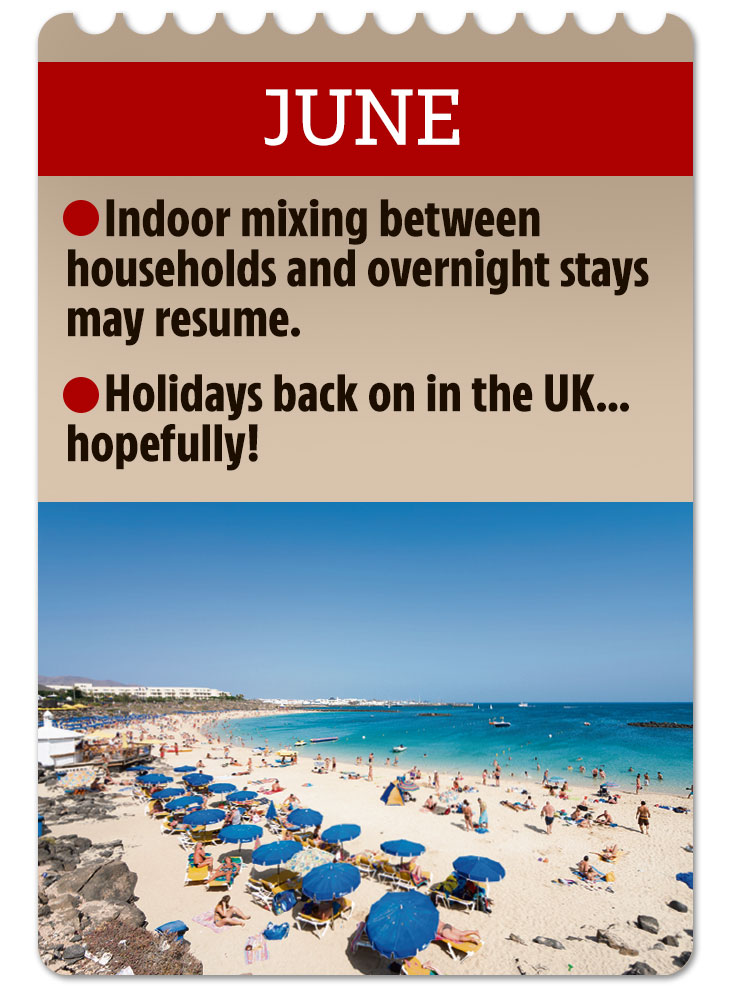 Mr Johnson and his closest ministers are studying vaccine data this weekend before presenting the plans to Cabinet on Monday for sign off.

Hopes of a quicker easing of restrictions were boosted by SAGE member Professor Neil Ferguson saying the numbers are "looking promising at the moment".

Mr Johnson is likely to come under increased pressure to speed up the plan after the Welsh government announced that hairdressers would open in mid-March.