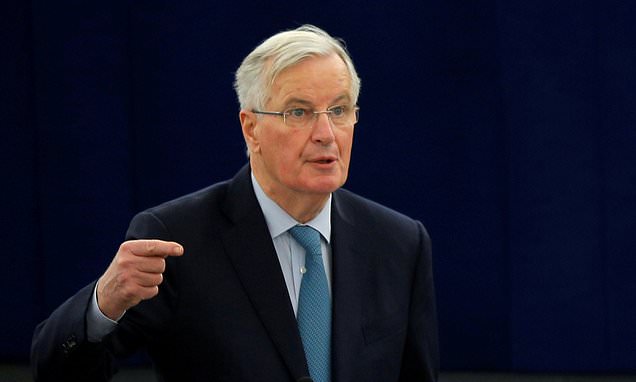 The EU WON’T sign off a Brexit delay unless MPs can agree on a way forward, warns Barnier – as he vows the UK will STILL have to settle £39bn divorce bill even if there is no deal

Michel Barnier today warned that the EU will not sign off any Brexit delays unless MPs can agree on a way forward.

The bloc’s chief negotiator insisted an extension to Article 50 will only be approved if there is a ‘stable majority’ in Parliament for how to proceed.

He also delivered a tough message on the £39billion divorce bill – saying the UK will still have to pay up even if there is no deal.

The intervention from Mr Barnier could throw an obstacle in the way of Remainer MPs who have been plotting to force the government to push back the Brexit date. 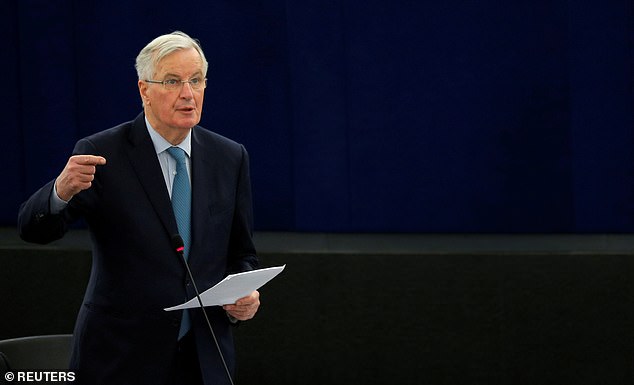 A cross-party scheme headed by Labour’s Yvette Cooper would seize control of Parliamentary business from the government in a bid to pass laws ordering an extension of Article 50.

However, Mr Barnier pointed out that any such delay would need to be unanimously by the 27 ongoing member states.

‘If Britain asks for an extension, it has to be approved by EU leaders,’ he said in a round of interviews with European newspapers.

‘They will only agree if three questions are answered: first and second, why and how long?

”And third, will not that be a problem for holding the EU elections in May? I have no clear legal answer to the third question yet. It is important that the EU’s democratic processes are not disturbed by this, however. 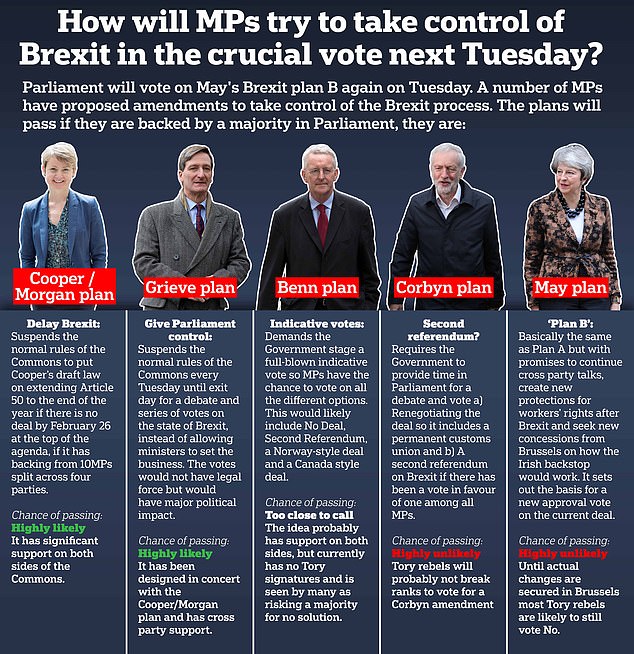 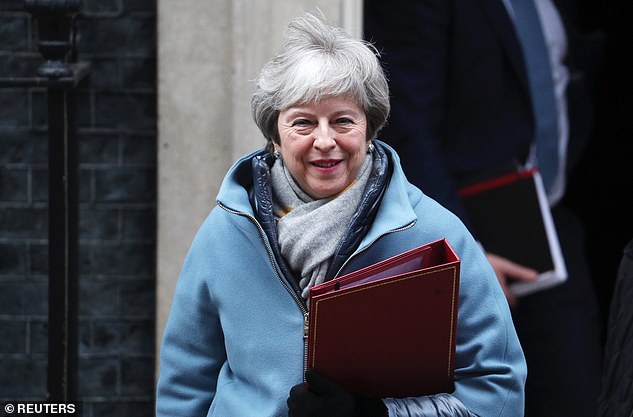 ‘The first two questions are complex and interconnected: it needs a stable majority in London for all laws related to Brexit that need to be adopted. This will need time.’

Mr Barnier also dismissed claims from Brexiteers that the UK could withhold the £39billion divorce settlement if it leaves with no deal.

‘For the EU budget, we’ve always said one simple thing: the totality of the commitments made by the United Kingdom while still an EU member will be respected,’ the senior EU official said, according to Le Monde.

‘It will be more difficult to make them respect them in the case of a ‘no deal’, but we will continue to insist: These commitments are legally binding under international law and I can not imagine that Britain would not respect its commitments.’