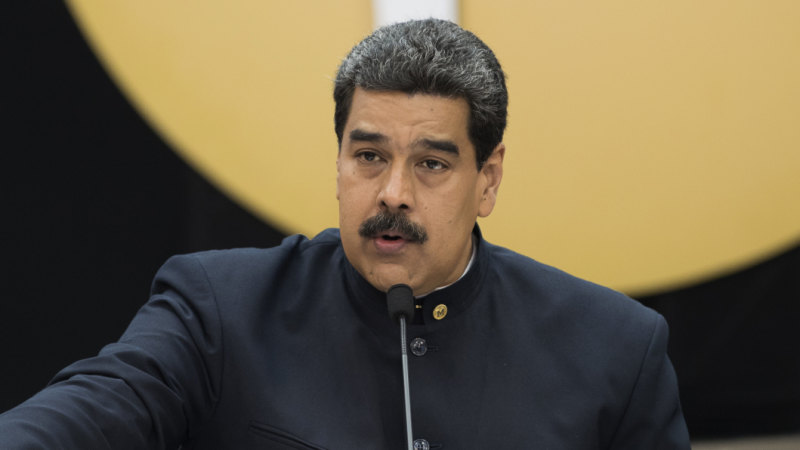 Venezuela: More than a dozen European Union countries endorsed Venezuelan opposition leader Juan Guaido as the country's interim president on Monday, piling the pressure on embattled President Nicolas Maduro to resign and clear the way for a new presidential election.

Maduro, for his part, stood defiant, rejecting a US offer of humanitarian aid that has shifted attention to Venezuela's western border with Colombia, where opponents were gearing up to try to bring emergency food and medicine into the country. 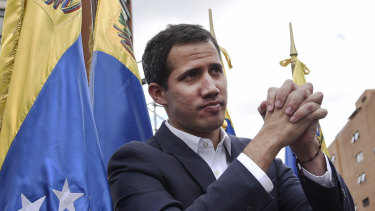 "We are not beggars," Maduro said in a speech to troops broadcast on Venezuelan state TV.

Spain, Germany, France and Britain delivered diplomatic blows to Maduro's rule by publicly supporting Guaido after a Sunday deadline for Maduro to call a presidential election passed without action. Sweden, Denmark, Austria, the Netherlands, Lithuania, Finland, Estonia, Latvia, the Czech Republic, Luxembourg, Poland and Portugal also lined up behind Guaido, who last month declared himself interim president with the support of the United States and many South American nations.

However, Italy blocked the joint EU position, diplomatic sources said, with the government in Rome deeply divided over the issue. 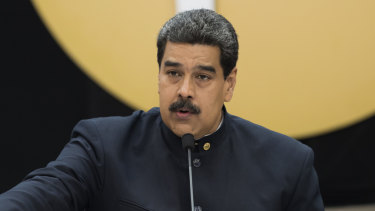 Meanwhile, in Canada, foreign ministers from Western hemisphere nations belonging to the Lima Group, which includes 13 countries that took the lead in recognising Guaido as Venezuela's rightful leader, gathered in Ottawa to discuss additional steps to pressure Maduro.

Before the closed-door meeting got under way, Prime Minister Justin Trudeau condemned a "dictatorship willing to use force and fear" to maintain its power. He also announced $US53 million in humanitarian aid to support the Venezuelan people.

"We know that the people of Venezuela are facing tremendous hardship and they need our help, as do the countries that have taken in those fleeing violence," Trudeau said.

Maduro showed no signs of caving in and lashed out at the EU, accusing it of taking orders from the Trump administration, who he has repeatedly accused of trying to carry out a coup to get its hands on Venezuela's oil reserves, the world's largest.

But he stopped short of breaking off diplomatic relations with the 16 European countries that recognised his rival on Monday, unlike his swift move to cut off ties with the US after it threw its support behind Guaido last month. A growing list of 38 countries has now recognised Guaido, including non-EU European nations Kosovo and Albania.

Maduro was especially harsh on fellow socialist and Spain's prime minister Pedro Sanchez, saying he would have "blood on his hands" if Maduro is toppled.

"They gave us an ultimatum, as if Venezuela was being governed from Madrid," said Maduro, who was addressing troops Monday on the 27th anniversary of the failed military uprising that thrust his political mentor, the late Hugo Chavez, onto the national stage.

Amid the rising pressure, Maduro has shown signs he's willing to negotiate.

In an interview that aired on Monday with Italy's Sky TG24 he said that he had written to Pope Francis asking for help in fostering dialogue with the opposition.

The Vatican didn't immediately respond to a request for comment on Maduro's appeal. Recently, while in Central America, Francis called for a "just and peaceful" solution to the crisis in Venezuela. But he didn't say if the Holy See would recognise Guaido and said he had no business interfering in the crisis.

Some of the EU countries backing Guaido are part of a newly formed "International Contact Group" of eight European and four Latin American nations. It aims to facilitate dialogue and is due to hold its first meeting in Uruguay on Thursday.

Venezuela's opposition has rejected any offers of dialogue that don't include Maduro's exit as a starting point.

Meanwhile, the opposition was moving ahead with a risky strategy to bring in humanitarian aid from Colombia, hoping to break the all-important military's loyalty to Maduro.

"Soldiers of the fatherland: We need the humanitarian aid to come, for your mother, your sister and all your family," Guaido said at a news conference at the National Assembly to thank the European governments for their support.

"Otherwise we are sentenced to death," he said.

While US National Security Adviser John Bolton said last week that boxes of USAID branded baby formula and supplies for malnourished children are being readied to deploy to Venezuela, it's not clear how they can safely enter.

The International Committee of the Red Cross is among the groups who have warned about the dangers of deploying aid without the consent of the Maduro government, which has repeatedly rejected the offers.

Maduro denies the existence of a humanitarian crisis, calling it a fabrication by Venezuela's enemies to sow instability and justify a military intervention.

But David Lipton, the No. 2 at the International Monetary Fund, called Venezuela's economic crisis – marked by widespread food shortages, protracted hyperinflation and the loss of human capital through emigration – an "unprecedented economic storm" that will required generous, broad-based international support to overcome.

"We have seen versions of each," Lipton said on Twitter, "but rarely a combination as severe at this."