‘Essentially pornography’:Teen stars of ‘Romeo and Juliet’ sue over nudity in 1968 film

When Franco Zeffirelli’s film Romeo and Juliet was first released in 1968, a brief scene of its teenage star-crossed lovers waking up in bed together nude caused what film critic Roger Ebert described as “a lot of fuss,” including blaring headlines that Queen Elizabeth II had witnessed the scene at the London premiere.

Earning two Oscars and critical acclaim, the film became a classic adaptation of the Shakespearean tragedy and a staple of many English classrooms for decades. 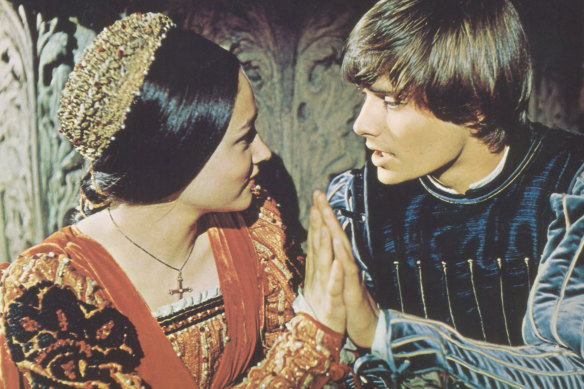 Some inappropriate social distancing from Zeffirelli’s Romeo and Juliet.

But now, more than 50 years later, the two actors who portrayed the titular characters, Olivia Hussey and Leonard Whiting, have filed a lawsuit against the film’s distributor, Paramount Pictures, claiming that the bedroom scene was deceptively filmed when they were underage and that they had been assured that no nudity would be included in the final product.

The lawsuit, filed Friday in Los Angeles Superior Court, lays much of the blame for the deception at the feet of Zeffirelli, who died in 2019, but it asserts that Paramount Pictures “knew or should have known images of plaintiffs’ nude bodies were secretly and unlawfully obtained during the performance”.

The company is “repackaging what is essentially pornography,” the complaint said.

Representatives for Paramount did not respond to requests for comment about the lawsuit. 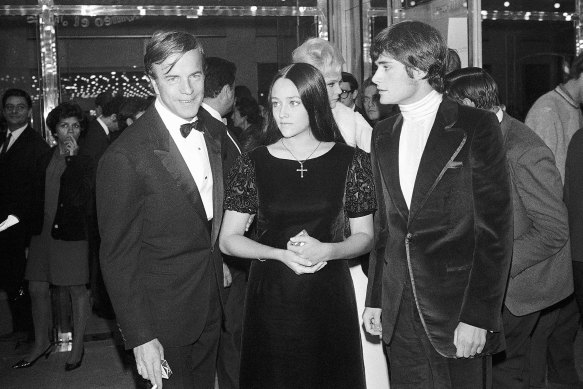 “Romeo and Juliette” movie director Franco Zeffirelli, left, actors Olivia Hussey, centre, and Leonard Whiting are seen after the Parisian premiere of the film in Paris in 1968. Credit:AP

In the scene, Whiting’s Romeo rises from bed and basks in the Veronese sunshine, his bare backside on screen for several seconds. Juliet remains mostly tucked under the sheet, before leaping out of bed — her bare chest showing briefly.

Hussey was 16 years old when the scene was filmed, and Whiting was 17, said Tony Marinozzi, a manager for both of the actors, who are now 71 and 72. (The scene was filmed in September 1967, he said, though the lawsuit that was filed contains an inaccurate date.)

According to the lawsuit, Zeffirelli told the actors that no nudity would be filmed and that they would be wearing flesh-coloured undergarments during the bedroom scene, but on the morning of the shoot, he told them that “they must act in the nude or the picture would fail”.

The director “showed them where the cameras would be set so that no nudity would be filmed or photographed for use in Romeo & Juliet or anywhere else,” the lawsuit said. 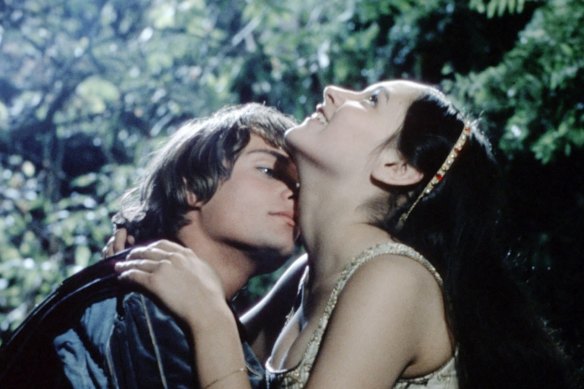 The actors sued just before the end of a three-year window in California that temporarily lifted the statute of limitations so people who said they were sexually abused as children could file civil cases. In recent days, the state has seen a flood of litigation under the statute, called the California Child Victims Act, before the window expired Saturday.

The lawsuit alleges sexual harassment and childhood sexual abuse, among other claims.

The Franco Zeffirelli Foundation, a nonprofit organisation in Italy dedicated to the director’s legacy, did not immediately respond to requests for comment.

In her 2018 memoir, The Girl on the Balcony, Hussey recalls the filming of the scene, writing that after a makeup artist approached her to apply full body makeup, she confronted Zeffirelli following a “small panic attack,” and he assured her that she would be wearing a nightgown in the scene.

“‘Although should things, you know, flow in another direction, I want you to be ready,’” Hussey recalled the director saying.

The scene was filmed on a closed set, Hussey recalled in the memoir, meaning that only essential crew members were allowed to be present, but there was one incident in which a “dirty old man” on the crew had to be removed, she wrote.

In interviews from around the time of the memoir’s publication, Hussey had expressed some approval of how the scene was filmed, telling Variety that it was tastefully shot. She told Fox News that “it wasn’t that big of a deal” and that the film’s production crew had become a “big family”.

John C. Manly, a lawyer who has long represented plaintiffs alleging sexual abuse, said that Hussey’s statements as an adult would likely make the case more difficult for her to win.

Marinozzi said that Hussey’s interviews about the scene showed her trying to “come to grips” with the situation and express her pride for the film and her performance, although, he said, she was never proud of that scene.

“They did what they were directed to do because they were professionals,” he said.