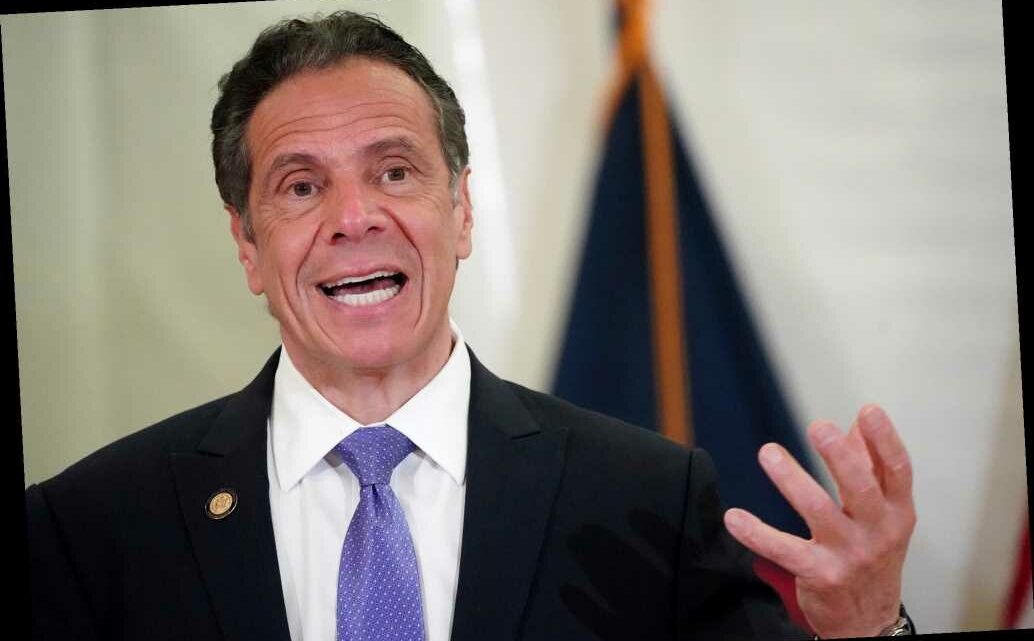 Andrew Cuomo’s JCOPE jig may be up

Vax good news! All NY adults will be eligible for a COVID vaccine next week

Embattled Gov. Andrew Cuomo is going to the mat again for the hospital industry — this time in a fight over medical billing payments with health insurers and labor unions, critics claim.

Opponents said the “pay and pursue” proposal backed by Cuomo would require health insurers to immediately pay hospital billing claims without first reviewing whether the treatment for patients was medically necessary, a move that could increase costs and waste.

The change in the billing law is being discussed for inclusion in the $200 billion adoption due Thursday, April 1.

Critics said the last minute push is reminiscent of Cuomo and the Legislature’s stealth action in last year’s budget — an amendment that shielded hospitals and nursing homes from medical malpractice liability during the peak of coronavirus pandemic. The proposal was not discussed publicly and hospital industry officials praised the immunity clause they lobbied for.

The pay and pursue proposal was not included in the governor’s executive budget plan submitted in January nor in budget resolutions recently advanced by the state Assembly and Senate.

“What other industry requires consumers to pay first before explaining how much the service will cost or whether it is really necessary? This would be a huge hidden tax on employers, union benefit funds, and working families and shouldn’t be slipped in at the last minute,” said New York Health Planning Association CEO Eric Linzer said.

Some influential unions also slammed the pro-hospital measure as irresponsible.

“This proposal will result in higher hospital costs that will eventually be borne by our members and ordinary New Yorkers,” said United Federation of Teachers President Michael Mulgrew. “Giving hospitals free reign to ‘get paid first and explain later’ is a recipe for trouble.”

Bill Hammond, a health analyst for the Empire Center for Public Policy said, “someone needs to look over the hospitals’ shoulder to make sure they’re not doing unnecessary procedures.”

But the hospital industry suggested it is the for-profit health insurers who are getting greedy by opposing a process to accelerate payments of medical bills before a medical review.

“The insurance companies have gotten the upper hand. They have wrongly convinced a few labor unions to oppose this proposal—even though it does not impact them. The issue boils down to this: support for local hospitals or for obscenely profitable insurance companies,” said Brian Conway, spokesman for the Greater New York Hospital Association.

During budget testimony before the Legislature last month, GNYHA said, “while hospitals were saving thousands of lives during the pandemic—and losing revenues while absorbing enormous new costs—for-profit insurance companies made huge amounts of money as they continued to collect premiums for care that was never delivered due to the lock down and shut down of non-emergency procedures.”

The pay and pursue plan, “would prevent insurers from abusing the medical review process by requiring them to pay legitimate inpatient and emergency room claims to in-network hospitals before requesting a medical review,” GNYHA testified.

Cuomo’s office confirmed it is backing the pro-hospital pay and pursue proposal.

“This proposal is an attempt to strike a balance between insurers and caregivers – a balance between the routine denial of claims and requiring proper billing practices,” said Cuomo budget spokesman Freeman Klopott.

One key lawmaker said the measure should be dealt with separately and not jammed into the budget.

“I don’t think it’s right to put this on the table in the last week of March in budget negotiations, with no opportunity for public review or comment,” said Assembly Health Committee Chairman Richard Gottfried.

“This doesn’t need to be done as part of a budget. If it’s a good proposal, it will still be good when we’ve had time to analyze and debate it.”

GNYHA and other hospital industry sources have contributed over $1.5 million to the governor and the state Democratic Committee that reports to him.