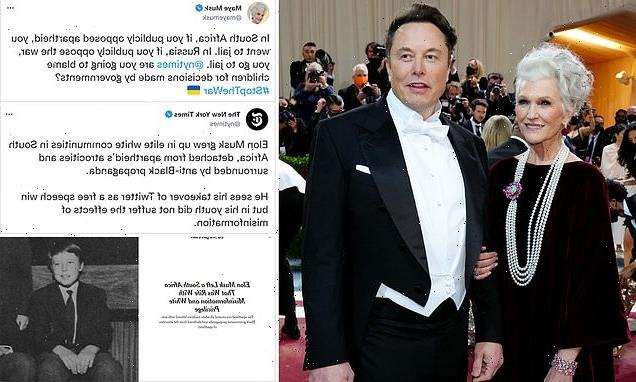 ‘Are you going to blame children for decisions made by governments?’ Elon Musk’s mother Maye slams the New York Times for saying grew up with ‘white privilege’ and was ‘detached from apartheid’s atrocities’ in South Africa

Elon Musk’s mother bashed a New York Times’ article which said her son had ‘white privilege’ in apartheid-era South Africa and was ‘detached from apartheid’s atrocities’.

Maye Musk condemned the article, published on Thursday, that said her son was sheltered from the segregation and anti-black government propaganda that plagued South Africa throughout his childhood until he left at age 17.

In promoting the article on Twitter, the Times wrote: ‘Elon Musk grew up in elite white communities in South Africa, detached from apartheid’s atrocities and surrounded by anti-Black propaganda.

‘He sees his takeover of Twitter as a free speech win but in his youth did not suffer the effects of misinformation,’ The Times added, referencing Musk’s $44 billion takeover of the social media platform. 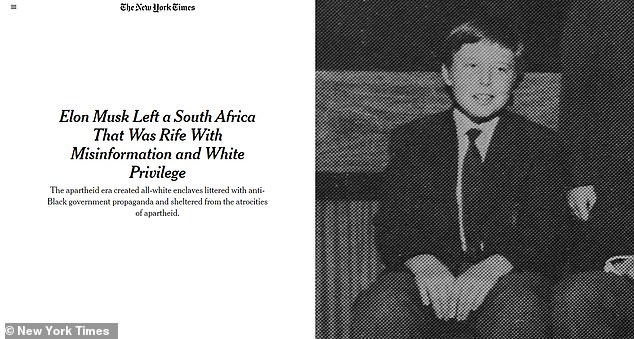 In promoting the article on Twitter, the Times wrote: ‘Elon Musk grew up in elite white communities in South Africa, detached from apartheid’s atrocities and surrounded by anti-Black propaganda. He sees his takeover of Twitter as a free speech win but in his youth did not suffer the effects of misinformation’

Maye Musk, mother of the Tesla CEO, slammed the Times on Twitter for the article 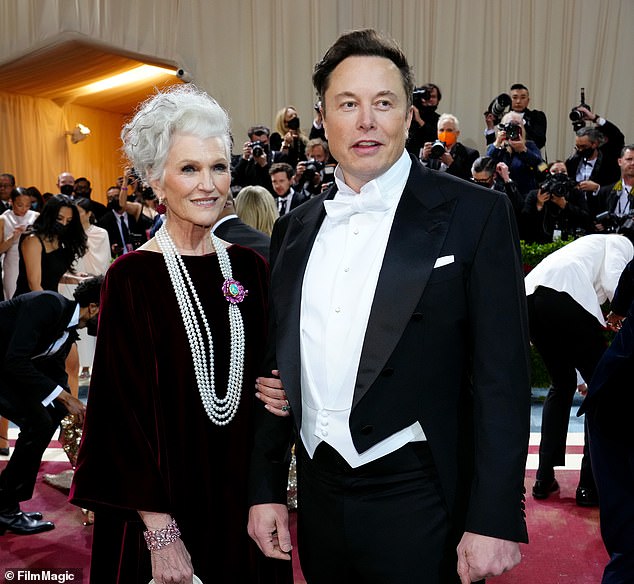 Maye is pictured attending the 2022 Met Gala on Sunday as her son’s guest. Her defense of her son comes as the billionaire is poised to purchase Twitter for $44 billion

In the article, the Times interviewed relatives and classmates of the Tesla CEO and richest man in the world, revealing that the communities Musk grew up in, Johannesburg, Pretoria and Durban, were all shrouded in misinformation that influenced its residents.

While the article claimed that the cities fell victim to the government’s propaganda campaign, with newspapers arriving to readers with whole sections blacked-out, it ultimately suggested that the censorship seen in South Africa may have influenced Musk’s intense defense of free speech as he’s repeatedly voiced his opposition to how Twitter bans individuals.

Others also took to Twitter to slam the Times’ article, claiming it was ridiculous to suggest Musk could have done anything to stop apartheid as a child.

One Twitter user with the handle Ataxerex2020 wrote, ‘I’m certain @elonmusk was aware of the horrors of apartheid, it does not mean he approved of it as the article subtly implies.’

Another Twitter user mocked the story, suggesting a different headline: ‘Why did Elon Musk not single-handedly abolish apartheid at age 3?’

Twitter user Geoffrey Miller expressed his frustration at the Times, writing: ‘This is one of the most unethically cringe & toxically stupid smears the @nytimes has ever published. Shame on you, you sociopathic ghouls.’

Although the article goes into detail on how apartheid-era propaganda influenced white residents and clouded the horrors of the conflict, it repeatedly mentions Musk’s criticisms of apartheid and his close relationships with black classmates and family friends.

Errol Musk, the billionaire’s estranged father who belonged to the anti-apartheid Progressive Party, told the Times that Musk and his siblings were fully aware of the horrors of apartheid from an early age and knew they had to be careful when visiting non-white friends.

‘As far as being sheltered from it, that’s nonsense’ Errol said. ‘They were confronted by it every day. They didn’t like it.’

Elon was born in South Africa and left the country after graduating high school at 17, where he moved to Canada. 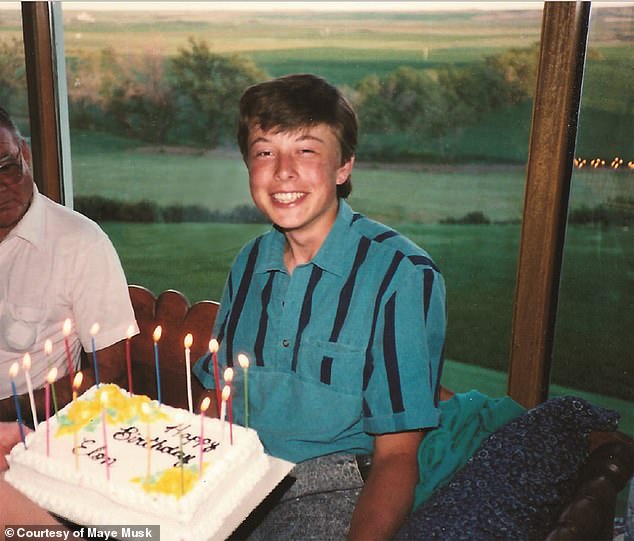 Musk grew up in South Africa before leaving the country once he graduated high school. Musk is pictured celebrating his 18th birthday in Canada 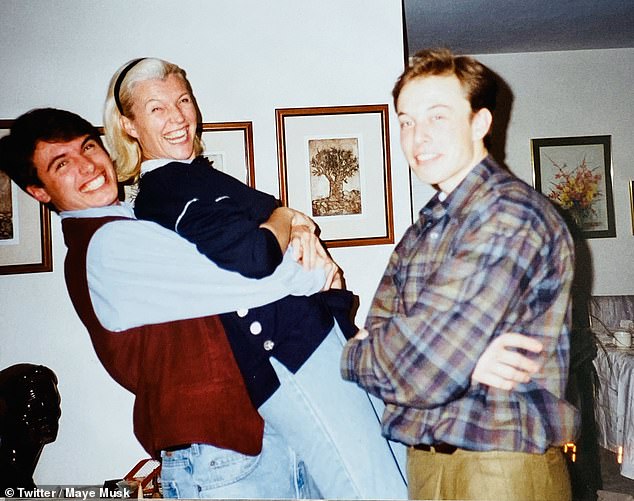 Errol Musk, the billionaire’s estranged father, said his three kids (L-R) Kimbal, Tosca and Elon, were well aware of the horrors of apartheid and how it affected their black friends

The look into what may have influenced Musk’s policies over censorship comes as he is poised to become the new CEO of Twitter when his $44 billion acquisition goes through.

The tech tycoon will hold the role for a few months following the buyout, CNBC reported on Thursday morning.

The move could spark chaos at the social media giant, where Parag Agrawal has only been CEO for a few months.

It comes after it was revealed that Musk has 18 investors committed to collectively stump up more than $7 billion worth of equity to help fund his takeover.

In a filing on Thursday, Musk said his friend the Oracle Corp co-founder Larry Ellison’s trust will invest $1 billion towards the $44 billion buyout.

Musk said he had also received equity commitment letters from investors including Sequoia Capital ($800m) and Brookfield ($250m) for financing of $7.14 billion.

The royal made the move ‘in order to retain an equity investment in Twitter following completion of the Merger’.

Alwaleed had initially opposed the buyout but tweeted at Musk today referring to his ‘new friend’ who will be an ‘excellent leader’ at the social media giant.

The tech tycoon has agreed to purchase Twitter for $54.20 per share, a 38 percent premium over the closing price on April 1 which was the last trading day before he disclosed his approximately 9 percent stake in the platform.

The deal, however, is currently under review by the U.S. Federal Trade Commission for potential antitrust concerns. 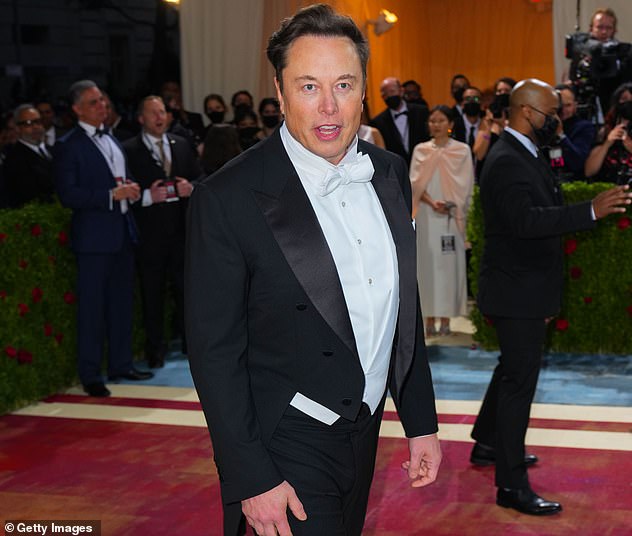 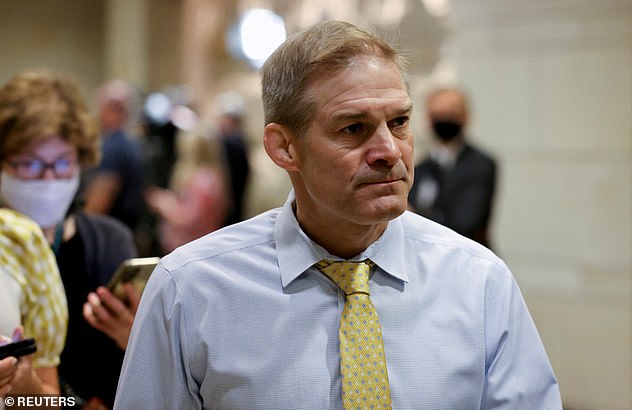 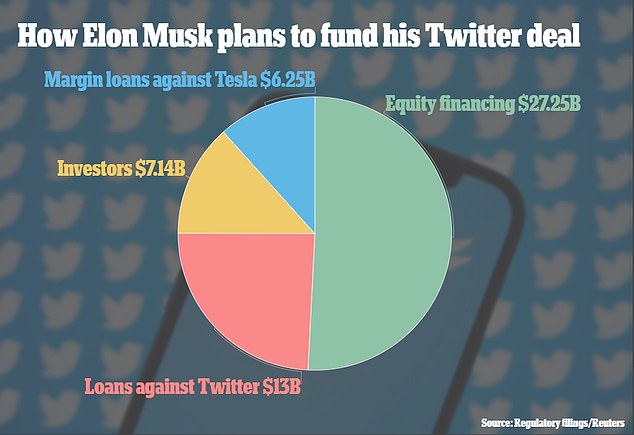 Elon Musk has won the backing of some of the world’s wealthiest investors for his $44 billion takeover of Twitter Inc.

The FTC now has 30 days to consider the deal and decide whether to issue a second request to probe the matter further, although most experts believe there are no antitrust concerns that could block the takeover, according to Bloomberg.

However, the anti-monopoly activist group Open Markets Initiative, where Democratic FTC Chair Lina Khan used to work, has urged the agency to block the deal, saying that it ‘poses immediate and direct threats to American democracy and free speech.’

The group argued that Musk’s ownership of the Starlink satellite internet service already gives him control over a key communication platform, and that his purchase of Twitter would be a dangerous concentration of power.

Representative Jim Jordan, the top Republican on the House Judiciary Committee, on Wednesday issued a letter raising concerns about the FTC antitrust probe and suggesting he planned to investigate.

Jordan expressed concern about statements by the Open Markets Institute (OMI), which he called ‘an extreme left-wing political advocacy organization,’ and its call for the FTC to stop the deal.

Jordan has backed Musk’s purchase of Twitter in hopes that some conservatives, like former President Donald Trump, who were removed from the social media platform would be able to return.

There is little expectation that Musk’s potential purchase of Twitter will be rejected by antitrust enforcers.

Gordon Ramsay sells off Cornwall home for £7.5m in 'most expensive sale EVER recorded in the county'