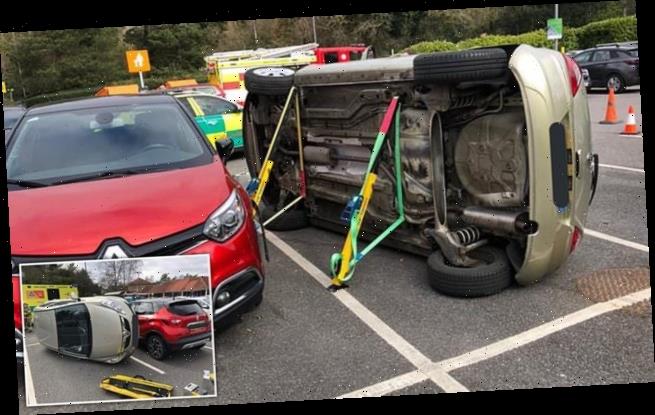 Elderly driver flips her Vauxhall Corsa onto its side while parking

CRASH and carry! Elderly driver flips her Vauxhall Corsa onto its side while trying to park in Sainsbury’s… leaving rescue crew scratching their heads

An elderly driver had to be rescued by fire crews after rolling her car while parking her vehicle.

The beige-coloured Vauxhall Corsa rolled on to its side as the female occupant attempted to bay park outside a Sainsbury’s in Ferndown, Dorset.

Shocked shoppers rushed over to help the elderly female driver who was trapped inside the car following the accident. 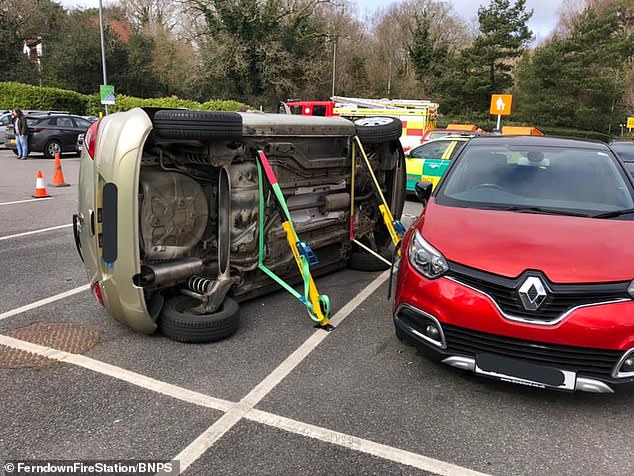 The fire brigade was called in case the car rolled on to its back.

Ferndown Fire Station said on its Twitter page: ‘This morning we attended a car that had overturned in Sainsburys car park.

‘After stabilising the vehicle we were able to assist the driver who only had minor injuries and extricated herself via the hatchback.’ 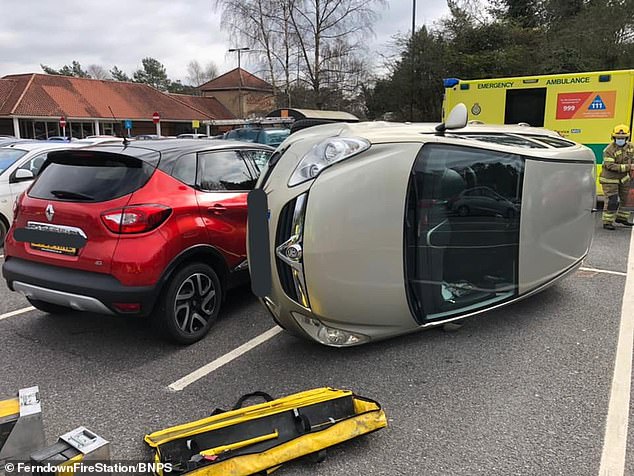 Ambulance crews were then on hand to check for further injuries.

One user said: ‘This gives a whole new meaning to parallel parking.’

Another added: ‘I’ve no idea how this could have happened and probably neither does anyone else so let’s be happy the driver is OK and uninjured.’