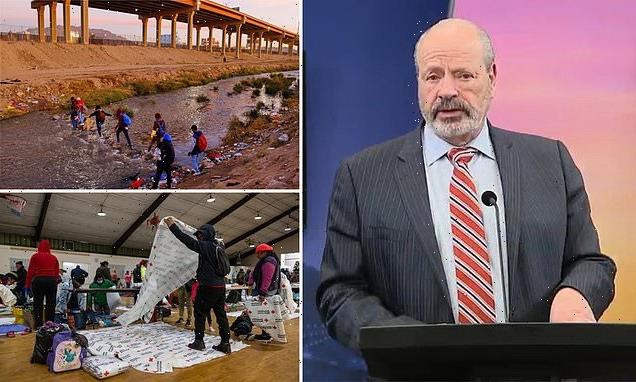 El Paso declared a state of emergency over the ongoing migrant crisis in the border city.

Mayor Oscar Leeser said he decided to finally make the declaration as the situation is beginning to threaten the safety of residents and migrants alike. He said 2,500 migrants are arriving in El Paso daily, and that those numbers are likely to multiply as Trump-era border legislation expires this week.

The declaration comes just days after Leeser tried to walk out of a press conference after being pressed by reporters on why he hadn’t yet made an emergency declaration.

Last week Denver also declared a state of emergency in preparation for the expiration of Title 42, which Trump signed into law in 2020 ostensibly to hinder COVID-19 transmission across the border, but was largely used to assist in border control. 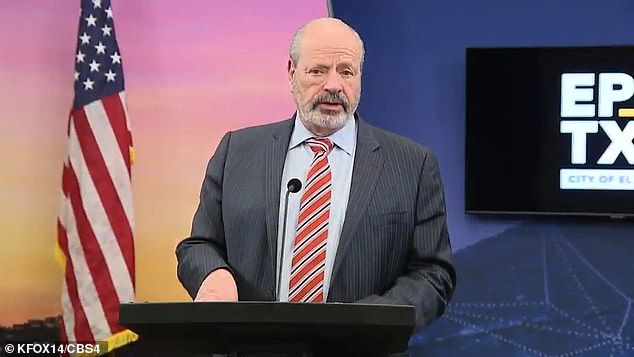 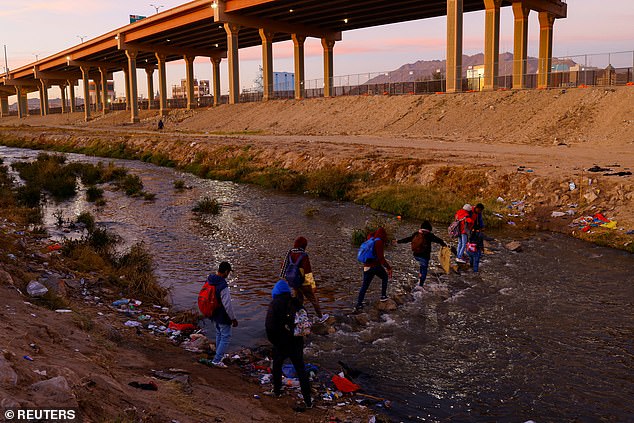 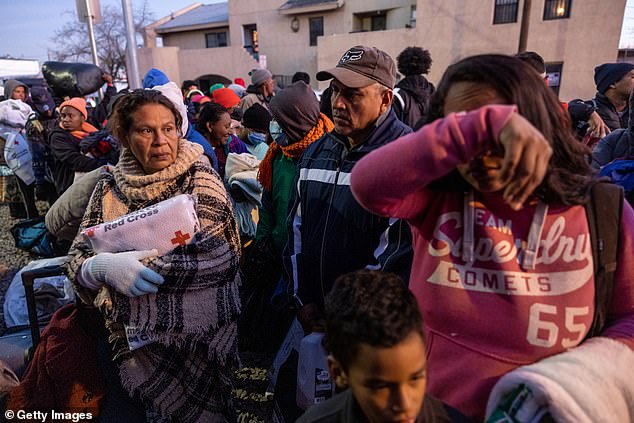 After previously saying the extra funding and resources made available from an emergency declaration wouldn’t make a difference in El Paso’s migrant crisis, Leeser finally conceded.

‘We felt that it’s proper time today to call a state of emergency,’ he said in his announcement, noting that the continually rising number of migrants arriving daily was beginning to overwhelm the city’s resources.

‘I said from the beginning that I would call it when I felt that either our asylum seekers or community was not safe,’ he said.

With the declaration, Leeser asked the state to provide extra staffing at its migrant housing facilities, state law enforcement to provide protection for migrants and Texans alike, and transportation assistance to move migrants to other cities. 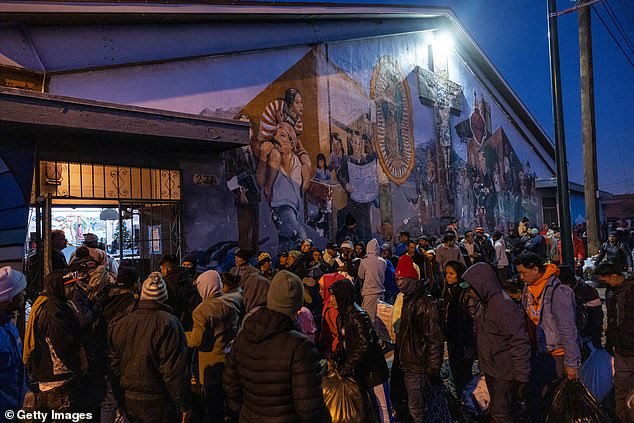 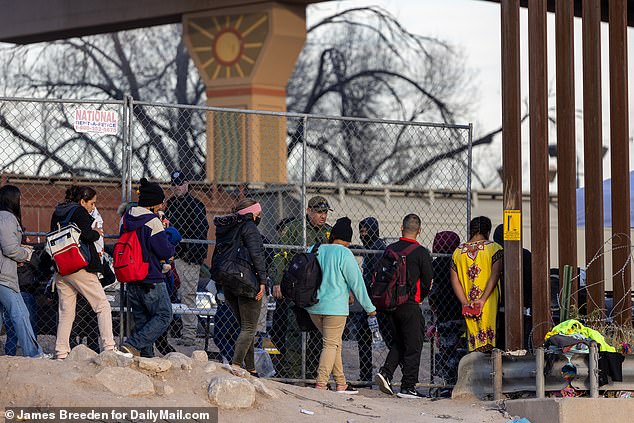 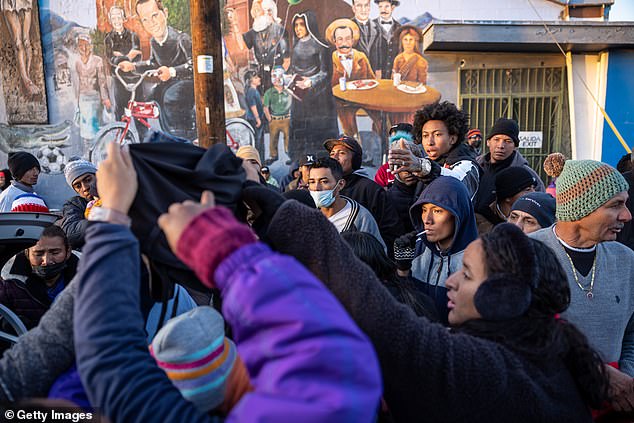 The declaration coincides with the expiration of Title 42 this week, which President Trump put in place in March 2020 to stem the spread of disease into the US from across the southern border.

Title 42 allowed the US to expel migrants without considering them for asylum. More than 2million people have been expelled since the rule was enacted.

The end of Title 42 is likely to cause processes at the border to bog down, and complicate the ongoing crisis.

Leeser said when Title 42 expires on December 21 the number of migrants arriving in the city could double. 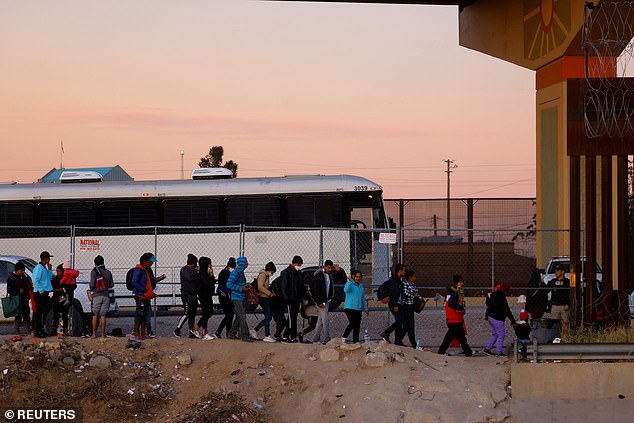 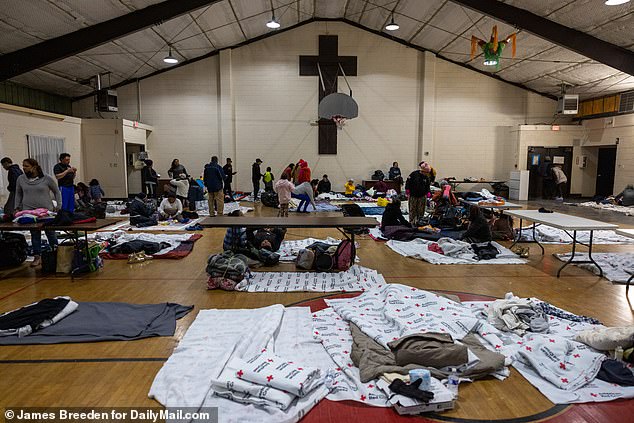 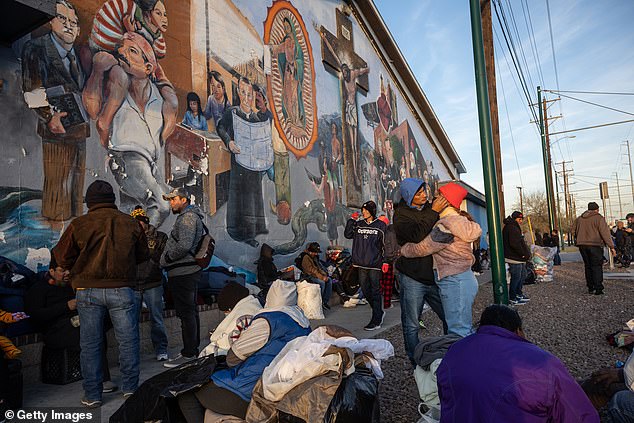 Fernando Garcia, director of the Border Network for Human Rights, said migrants currently perceive Ciudad Juárez, across from El Paso, as a relatively secure place to approach the border amid dangers in Mexico of extortion and organized crime.

‘This funding and shelter is not the answer, it’s a Band-Aid to really a bigger problem,’ said Leeser, a Democrat elected in 2020.

‘It’s something we’re going to have to work with the (United Nations) and other countries, to work through a situation … that again is bigger than El Paso and that now has become bigger than the United States.’

El Paso in recent days has witnessed hundreds of migrants wading across shallows waters of the Rio Grande into the U.S., forming lines along a border wall to approach immigration authorities and request refuge.

News crews from El Paso local station KVIA also claimed to have witnessed ‘five or six people’ lifting themselves out of a manhole in Segundo Barrio – an area not far from the border.

A local resident told the station that illegal aliens are now using US waste water system via openings at the Rio Grande to get in. 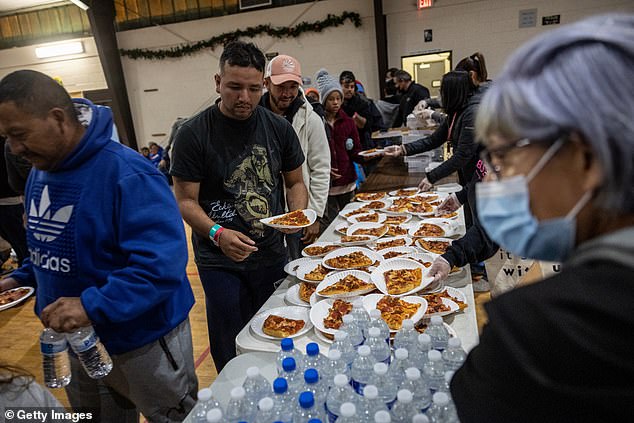 The end of Title 42 is likely to cause processes at the border to bog down, and complicate the ongoing crisis 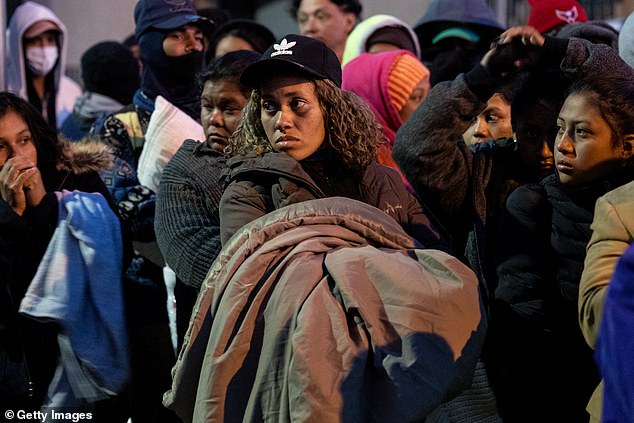 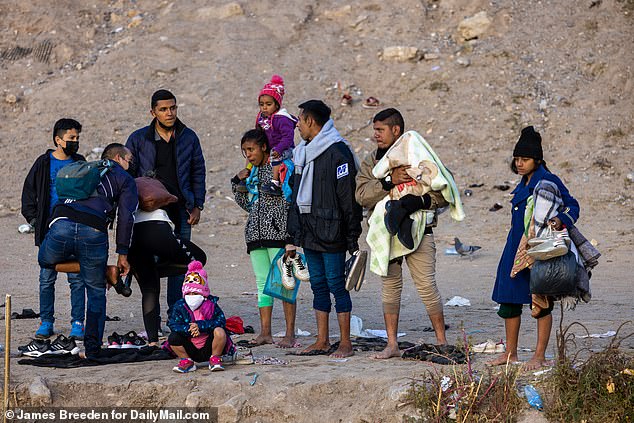 Last week Leeser bizarrely tried to walk out on a press conference after being challenged on the city’s worsening migrant crisis.

The mayor said of his resistance to declare an emergency: ‘We were able to get the funding without having to. We can also get some assistance from the state without having to do that. Declaring a state of emergency, to me, was not an option. To be able to work with our partners was a great option.’

He then argued that state officials had also told him that declaring the state of emergency was not necessary and wouldn’t make a difference.

However, later in the presser, city manager Mario D’Agostino disagreed and made clear what the differences would be: ‘That declaration allows the state to open additional funding outside of their normal budget.’

Leeser then ended the press conference and takes away the mic.

The mayor said the city was distributing outdoor toilets and water stations as it offered overnight hotel rooms to migrants, whose numbers are exceeding capacity at a county reception facility and the region’s network of shelters with nonprofit and faith-based groups.