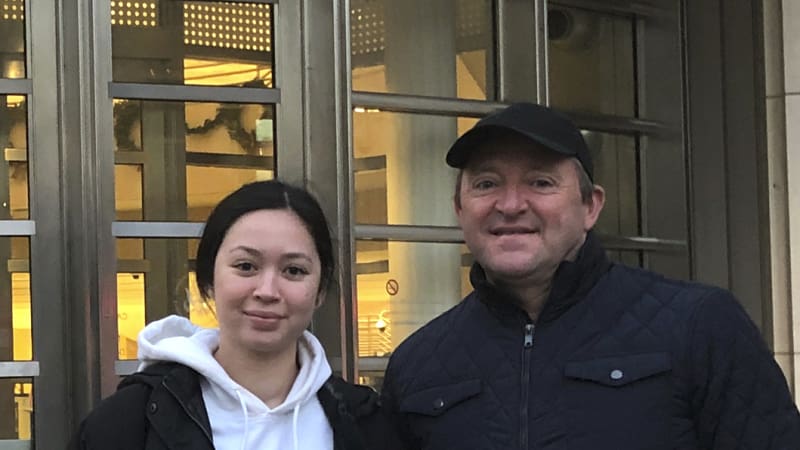 New York: There was a time, after a spectacular prison escape, when Joaquin Guzman was the most wanted man in the world.

The thrill of being able to see the man known as El Chapo up close – and live to tell the tale – has been drawing curious New Yorkers, fans of TV crime shows and even tourists from Australia to the Brooklyn courtroom where the infamous Mexican drug trafficker is being tried on charges that could put him in a US prison for life. 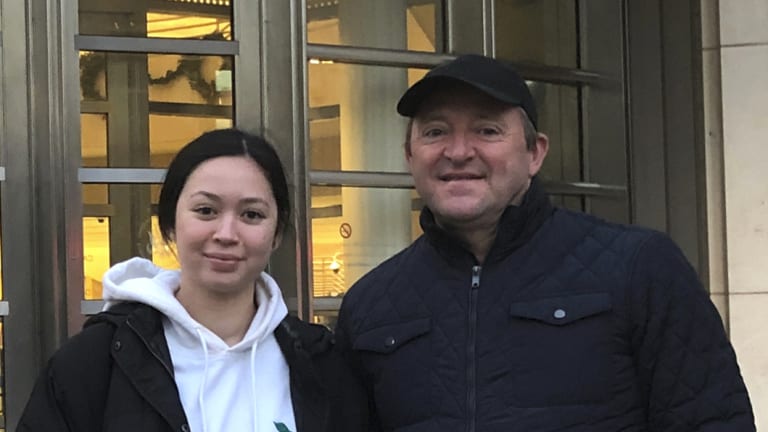 Australian tourists Wayne Burg and his daughter Lydia stand in front of Brooklyn’s federal courthouse in New York, where they were viewing the trial of Mexican drug trafficker Joaquin “El Chapo” Guzman.Credit:AP

Some days, they are just two people among all the prosecutors, reporters, security officials and team of lawyers who fill up the courtroom. Other days you may see five. They sit up straight in the spectator area and look up so they can see Guzman's face.

They also look with curiosity at his wife, Emma Coronel, who sits in the courtroom's public gallery nearly every day.

"It was surreal. It was like I was seeing the (Netflix) TV show 'El Chapo,"' said spectator Peter Stolt, 23, who attended three days of the trial in November and hopes to show up for at least one more.

Stolt, who recently graduated from Muhlenberg College in Pennsylvania and is interviewing for jobs in New York, said he has stood in line outside the building at around 6.30 am to make sure he gets a seat. What impressed him most, he said, was when Miguel Angel Martinez, a former assistant to Guzman who is now a prosecution witness, testified in dramatic detail how he survived several attempts on his life that he claimed were ordered by Guzman, one after an ominous serenade by a Mexican brass band.

"The grenade, the song … It's crazy. That was scary. It's crazy that we are hearing this firsthand," Stolt said.

The diminutive Guzman, whose nickname means "Shorty" in Spanish, was extradited to the United States last year to face charges accusing him of running the Sinaloa cartel, which smuggled tons of cocaine into the US.

The six weeks of testimony from law enforcement officials, an imprisoned cocaine kingpin from Colombia and flashy Mexican drug smugglers have contained enough material to fill several seasons of "Miami Vice" or "Narcos." There has been testimony about secret smuggling tunnels built beneath the border, assassination attempts, bribery of high level police officials, private jets filled with millions of dollars in cash, and factories churning out cocaine-filled cans disguised as hot pepper containers. 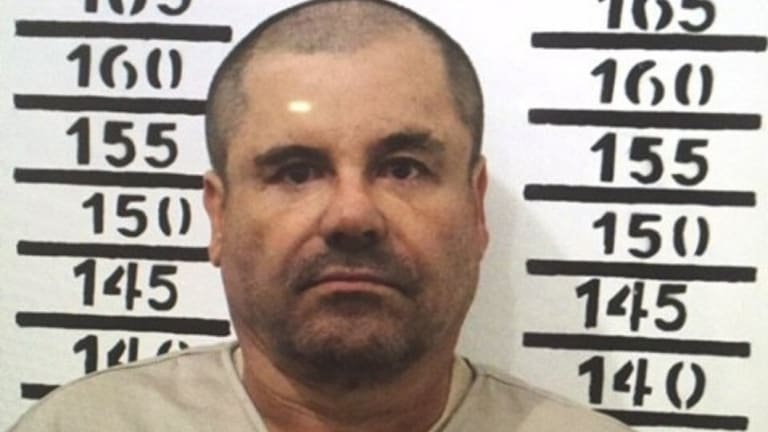 Joaquin “El Chapo” Guzman is on trial in the United StatesCredit:AP

Guzman's lawyers say the lowlife cooperators are lying in an attempt to frame him and get an easier sentence in their own drug-trafficking cases.

Joaquin Martinez, a 55-year-old Mexican who has lived in New York for more than a decade, said seeing El Chapo in person was worth the trip from Manhattan to Brooklyn. However, he expected him with a moustache, like in many of the photos people have seen of him over the years.

"It took me a couple of seconds to realize it was him. To be honest, he looked like … a regular person," he said.

He was more impressed by Coronel, Guzman's wife, who he thought walked around the courtroom confidently, as if she were in her own home. She sat in a bench in front of him. 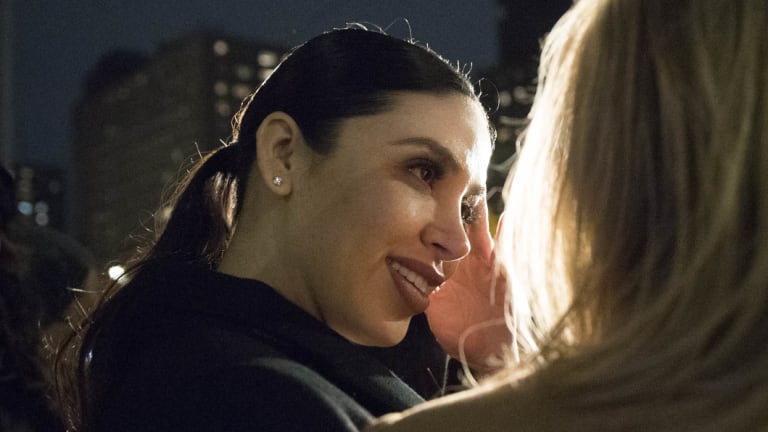 "I could smell her perfume," said Martinez, who owns and manages several restaurants in New York. Hearing phone recordings of drug dealings in the courtroom impressed him, he said, but also when prosecutors showed as evidence a photograph of Amado Carrillo, a Mexican drug lord who is famous in his home country and who died in 1997 in a plastic surgery operation to change his face.

Spectators go through security in the lobby of the building and need to remove their shoes to go through a second metal detector and X-ray bag scanner on the eighth floor. Then they sign up on a sheet.

Wayne Burg, a 49-year-old Australian criminal lawyer, went to see the trial with his 21-year-old daughter, Lydia, during their December vacation in New York. Going to federal court to see El Chapo was a must-do before a Knicks game.

"The amount of drugs, the amount of money … these are extraordinary levels," said Burg, who ended up with his daughter in the overflow room, watching on a video feed, because there was no space in the courtroom.

"We had a great holiday, but the case was one of the highlights!" he said.

Not all days are exciting.

Some members of the jury have dozed off when technical aspects of law enforcement drug searches have been explained. Guzman, however, always seems to pay attention, looking at witnesses when they speak and whispering to his lawyers' ears.

For those interested in going, there is still time. The trial may last for two more months.