Home » World News » El Chapo escaped two prisons in Mexico, but no one’s ever busted out of ‘the ADX’ 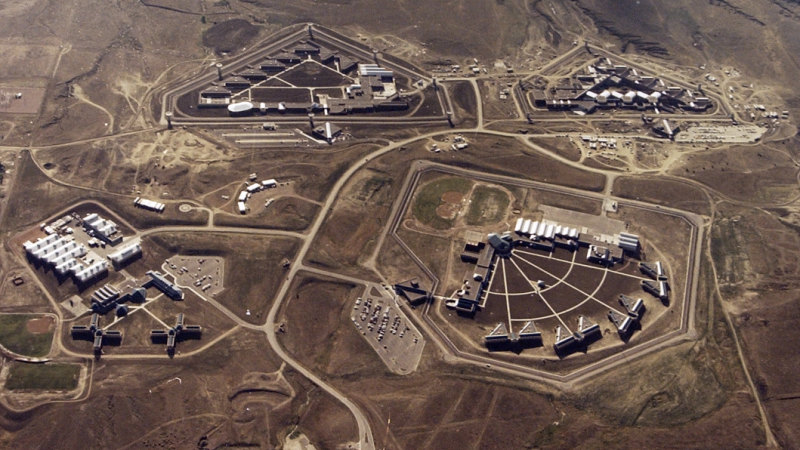 El Chapo escaped two prisons in Mexico, but no one’s ever busted out of ‘the ADX’

There's a supermax prison in Florence, Colorado, two hours outside Denver. It's the highest-security penitentiary in the United States. Since opening in 1994, no prisoner has escaped from the Administrative Maximum Facility – known as "the ADX" – one reason former members of federal law enforcement expect the Sinaloa cartel drug lord Joaquín "El Chapo" Guzmán will spend the rest of his life there.

"For him to escape, he would have to have a warden in his pocket," said a retired federal corrections officer, who spoke to The Washington Post on the condition of anonymity. "It's a very controlled environment. No one moves there without permission at all. No two inmates move in the facility at the same time." 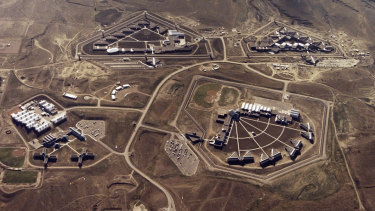 The maximum security facility in Florence, Colorado, pictured in 2004. Credit:AP

For many ADX visitors, the most memorable part of the penitentiary is the eerie silence that encases the hallways.

"I don't think I saw another inmate while I was there," former federal prosecutor Allan Keiser said of visiting his client, Sal Maglutta, who was convicted of leading a massive drug organisation in South Florida and sentenced to 200 years. "It was immaculately spartan: The floors just shined, the walls were clean, the hallways were empty. There was no one around, no sounds."

ADX inmates are locked in small cubicles the size of a bathroom for 23 hours per day, according to Deborah Golden, staff attorney at the Human Rights Defense Centre, who has visited the ADX several times. Each austere cell is adorned with a bed (a concrete slab covered with a thin foam mattress) and a 3-in-1, "combo toilet, sink and drinking water unit", and some inmates may luck out with a single slit in the door that shows a sliver of the hallway. 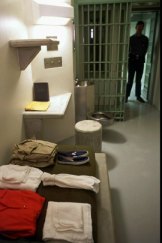 A 1994 photo of a typical cell at the ADX, where El Chapo is likely to serve his prison sentence.Credit:AP

There are two types of prisoners serving time at the ADX, Golden explained: The vast majority of inmates were transferred to the ADX for disciplinary or management reasons. A smaller number were sent there directly based on their conviction or previous history.

Golden said that Guzman (who escaped from two maximum-security Mexican prisons – in 2001 with the assistance of prison guards and in 2015 through a tunnel underneath the shower in his jail cell) would be a "direct commit".

According to Golden, the administrative super-maximum program offers a completely different, more isolated approach. With 400 inmates, the ADX also has the highest prisoner-to-guard ratio, allowing increased and personalised attention per inmate.

In the late 1980s and early 1990s, the country became increasingly concerned about violent crime. The stereotypical "superpredator" loomed large in the public mind – conscienceless criminals who lacked empathy and were so reckless they impulsively killed, robbed and raped. The tough-on-crime stance that evolved under president Bill Clinton's administration came and went, yet many of its policies and programs, including the administrative super-maximum security prisons, are still enforced.

In a 2017 news conference, the US attorney for the Eastern District of New York, Robert Capers, said the US government assured Mexico it would not seek the death penalty if Guzman were extradited, standard procedure for US-Mexico extraditions, according to law enforcement.

Having been convicted on Tuesday of running a drug trafficking enterprise, Guzman faces multiple life sentences; he will be sentenced in a federal court on June 25.

"I expect the Bureau of Prisons would be concerned about El Chapo's communication access, his phone calls, email access and letters are likely to be more closely monitored than the average prison there for federal drug possession," Golden said, adding that the bureau should account for other factors, like medical needs, security and communication needs, housing availability and space.

When you go inside most prisons – even high-security prisons – they're busy. People are walking around. But not at the ADX.

"The segregation is intense, it's a punitive environment as harsh as any place on earth," said Levin. "It won't be a coincidence if El Chapo is sent there."