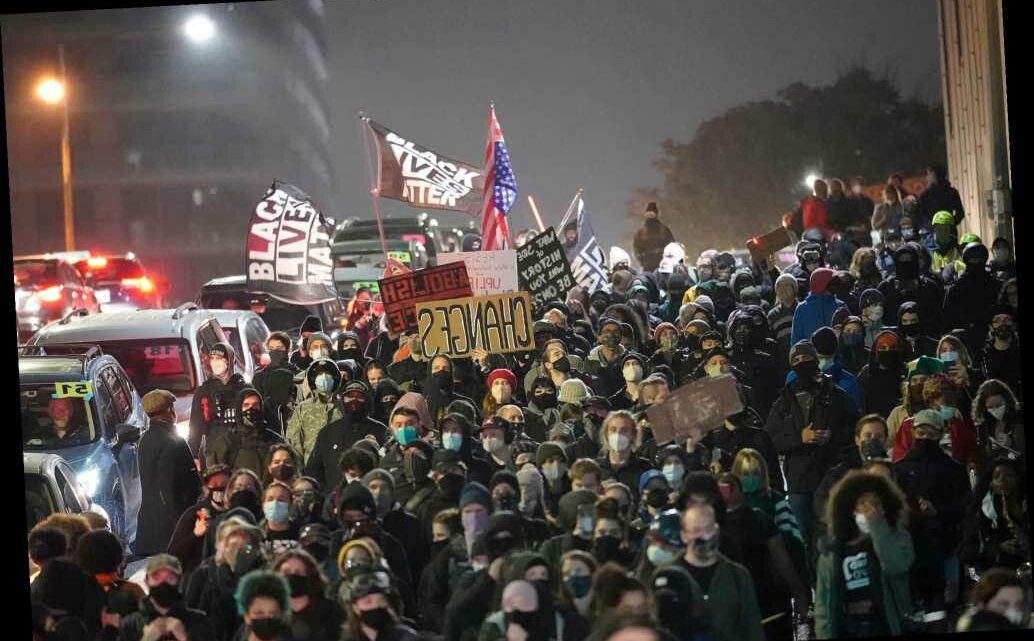 Dozens of protesters from two separate groups were closely monitored by police as they marched through city streets — with some in the crowd wreaking havoc and refusing orders to disperse, authorities said.

The demonstrations were billed as anti-police and Black Lives Matter protests — and not necessarily connected to the election, according to reporter Elizabeth Turnbull, who covered the march.

But later in the night at a city park, protesters set a pro-Trump flag ablaze and shouted “f–k Donald Trump,” Turnbull tweeted.

Of the eight people arrested by Seattle police, one allegedly damaged a parking meter with a hammer, the department said in a series of tweets.

Another person, a driver affiliated with the protest, was busted after running over a barricade and through a line of police on bikes, authorities said.

No officers were injured during the incident and the driver was arrested on scene, cops said.

Who is Ade Adepitan and when did he compete in the Paralympics? – The Sun
World News