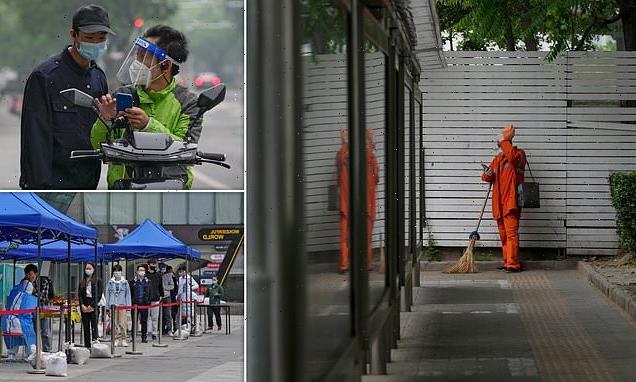 The hit on China’s economy from its latest Covid-19 outbreak is more than 10 times that of 2020 when the Wuhan outbreak forced the country into lockdown for the first time, according to a leading Chinese economics professor.

China has pursued a strict ‘zero-Covid’ policy which has involved some of the most restrictive health measures seen anywhere in the world, including food rationing and indefinite lockdowns.

Disruptions have already cost China 18 trillion yuan (US$2.68 trillion), according to Xu Jianguo, associate professor of economics at the National School of Development in Peking University.

The Wuhan outbreak in 2020 affected 13 million people and caused 1.7 trillion yuan worth of economic damage, he said on a webinar.

China has set 5.5 percent as a target for economic growth this year, but Jianguo doubts the country will even be able to match its 2020 growth of 2.3 percent.

The Chinese Communist Party has been censoring online criticism of the policy. 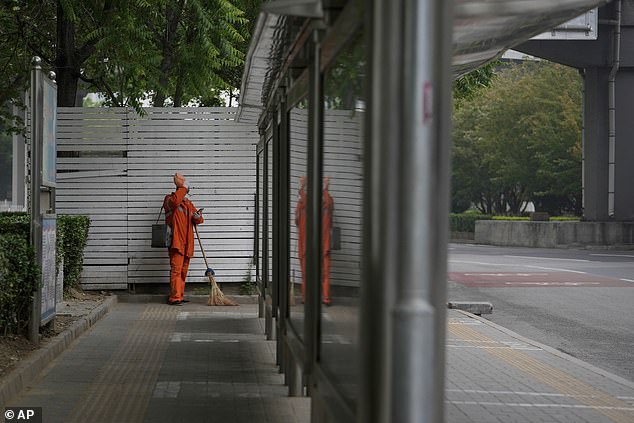 A sweeper browses his mobile phone near an empty bus stand in the central business district during what is normally the morning rush hour, as most nonessential workers in the district have been ordered to work from home in the Chaoyang district of Beijing on Tuesday 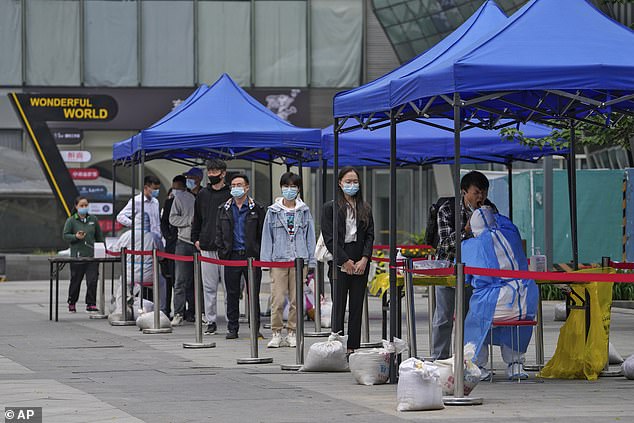 People get swabbed during a public COVID-19 testing at a site near a residential complex in the Chaoyang district on Tuesday, May 10 in Bejing

China, a predominantly export market, has been unable to sell many of its goods abroad due to Covid-19 restrictions stopping ships from moving in and out of ports such as the one in Shanghai, a city which has recently seen its 26 million residents prevented from leaving their homes.

The real estate sector has also stopped growing thanks to a recent downgrade of one of China’s largest property developer Evergrande, which missed an interest payment due to foreign investors but repaid its domestic investors in China.

The government is also worried about inflation, meaning it is unlikely to give out cash or cheap loans to small and medium sized businesses on the scale of 2020, providing less of a financial cushion for companies struggling under lockdown restrictions.

Economists have slashed their forecasts for China’s 2022 gross domestic product growth as the lockdowns show no sign of lifting.

‘To put it simply, it is already difficult to reach 2.3 per cent this year, and even harder to go beyond this rate,’ said Xu, according to the South China Morning Post, adding: ‘The main reason for the cooling economy right now does not lie in social financing or monetary issues, but in Covid prevention and control.’

‘Providing income support for small businesses and service firms, which provide many jobs, and letting them resume work as soon as possible is the key to protect people’s livelihood,’ said Xu Shaoyuan, a research fellow at the Development Research Centre of the State Council.

‘If the outbreaks can be brought under control in the second or third quarter of the year, we don’t rule out a sharp increase in investment, and consumption is also likely to rise if there are not too many new outbreaks next year,’ he said at the Saturday webinar. 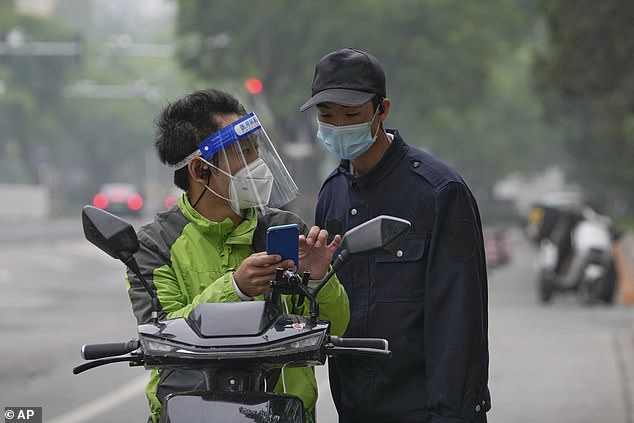 A delivery worker wearing a face shield and a mask asks for a direction from a security guard near a shuttered mall in the central business district on Tuesday, May 10 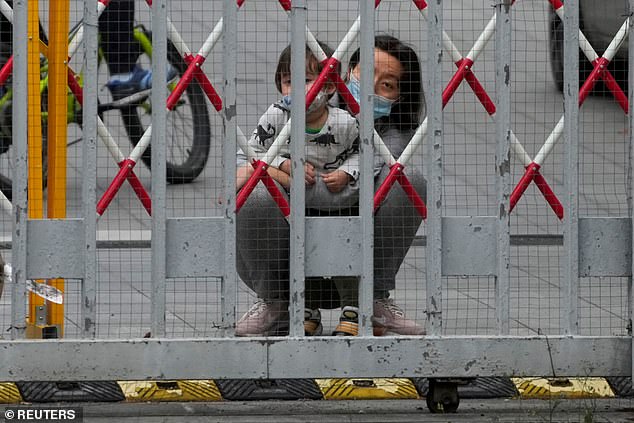 In Shanghai, teams in white protective suits — known to locals as the ‘big whites’ — are entering the homes of infected people in Shanghai to spray them with disinfectant.

City official Jin Chen said Tuesday that in older communities with shared bathrooms and kitchens, the homes of anyone else who uses those facilities will also be disinfected.

He tried to address public concern about damage to clothing and valuables, saying residents can inform the teams about anything that needs protection.

The city suspended service on the last two subway lines that were still operating on Tuesday, marking the first time the city’s entire system has been shut down, according to The Paper, an online media outlet.

The latest measures come as Shanghai has ordered people in some districts to stay in their homes again after letting some out for limited shopping in recent weeks.

The latest steps have further frustrated residents, who were hoping a more than monthlong lockdown was finally easing as the number of new cases in the city falls.

Most of the city of 25 million are locked down in their apartments or residential complexes, though there has been some easing in suburban areas where no new cases have been reported.

Tension has been building for weeks, particularly in Shanghai, where anti-virus measures are being enforced with little or no warning and no communication about what they are for.

Many residents were baffled to find miles of green fencing crisscrossing the city a few weeks ago with some buildings completely shut off — and no explanation given as to why.

Now, authorities have ordered another round of mass testing and tightened virus restrictions despite cases falling in recent days.

Vaccine developer BioNTech has extended by six months to October a Phase II clinical trial of its Covid vaccine in China, a registry of such trials showed.

The vaccine is one of the most widely used worldwide, but has yet to receive an approval in China.

Xu Jianguo did not to respond to MailOnline’s request for comment before press time.