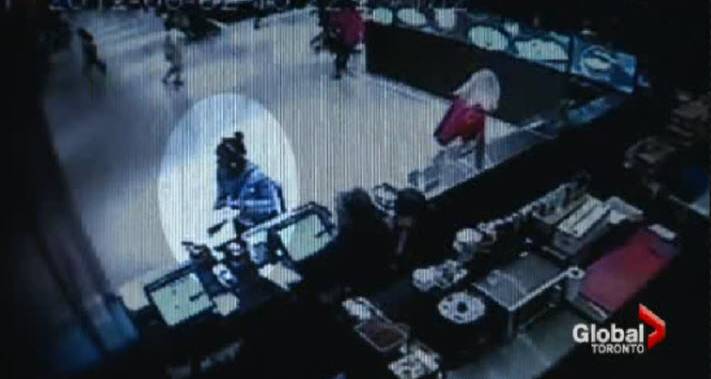 TORONTO – Defence lawyers for a man accused in a deadly shooting at Toronto’s Eaton Centre six years ago say he was suffering from post-traumatic stress disorder at the time.

Lawyers for Christopher Husbands say while there is no doubt he opened fire at the mall’s food court on June 2, 2012, the “fundamental question” is his state of mind in those moments.

In his closing arguments today, Dirk Derstine told jurors Husbands felt cornered and terrified when he came face to face with a group of men who had brutally beaten and stabbed him and left him for dead months earlier.

Derstine denied the Crown’s argument that Husbands sought revenge for the stabbing, noting his client could easily have found the perpetrators in the Regent Park community had that been his goal.

Husbands has pleaded not guilty to two counts of second-degree murder, five counts of aggravated assault, one count each of criminal negligence causing bodily harm and reckless discharge of a firearm.

Two men were killed in the shooting and six others – including a 13-year-old boy who was shot in the head and survived, and a pregnant woman who was trampled in the ensuing stampede – were injured in the crossfire.

Prosecutors have said Ahmed Hassan, 24, died on the floor of the food court while Nixon Nirmalendran, 22, died in hospital nine days later due to complications from a bullet wound.

Jurors have heard Husbands faced a previous trial, but were not told the outcome or the reason for a second trial.