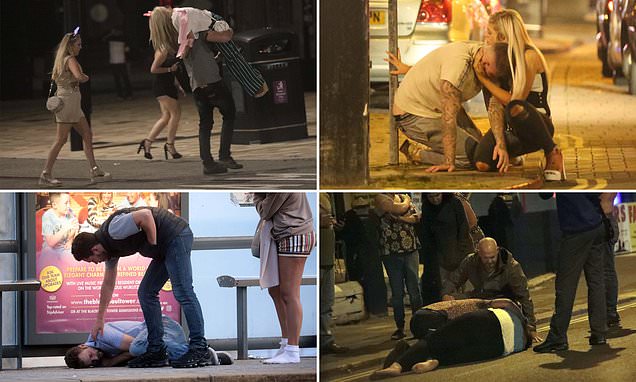 Revellers made the most of the warm summer weather last night as they took to the streets of Britain’s cities to celebrate the final Bank Holiday weekend until Christmas.

Hundreds of party-goers were spotted in Blackpool and Birmingham last night as they enjoyed the first evening of the summer three-day weekend.

As they left clubs in the early hours of this morning they appeared to have had a good time, but some showed the effects of the night’s alcohol intake more than others.

One man was kicked out of Reflex nightclub in Birmingham by bouncers, arrested, and then later de-arrested by police.

Others are seen sleeping on the pavement, with one photograph showing a curious seagull walking past a man who has passed out in the street.

And women made the most of the warm weather, as temperatures reached 75F in Birmingham yesterday, by donning short shorts and crop tops. 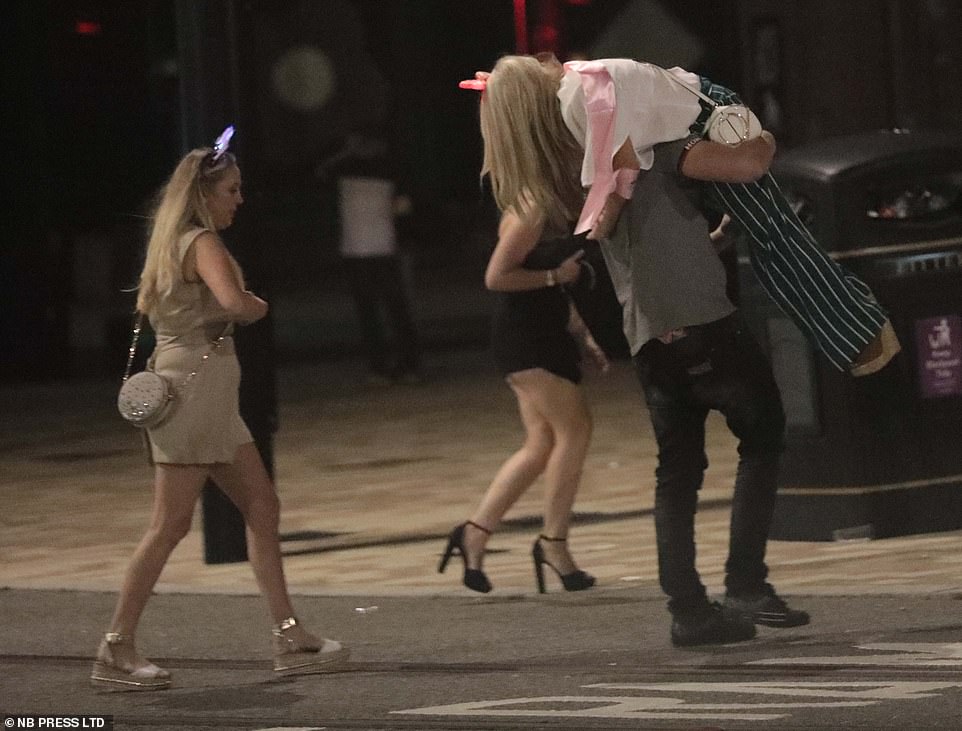 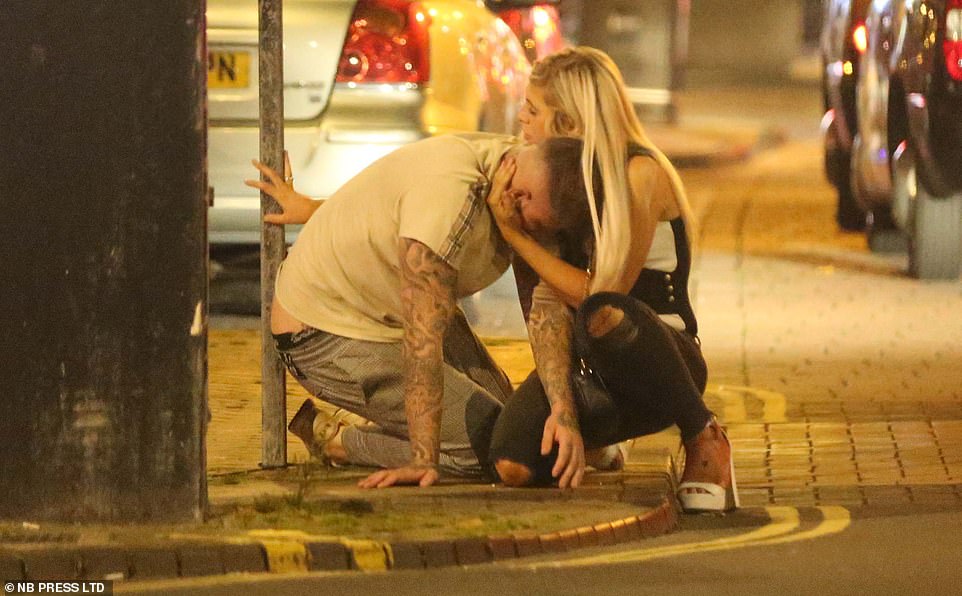 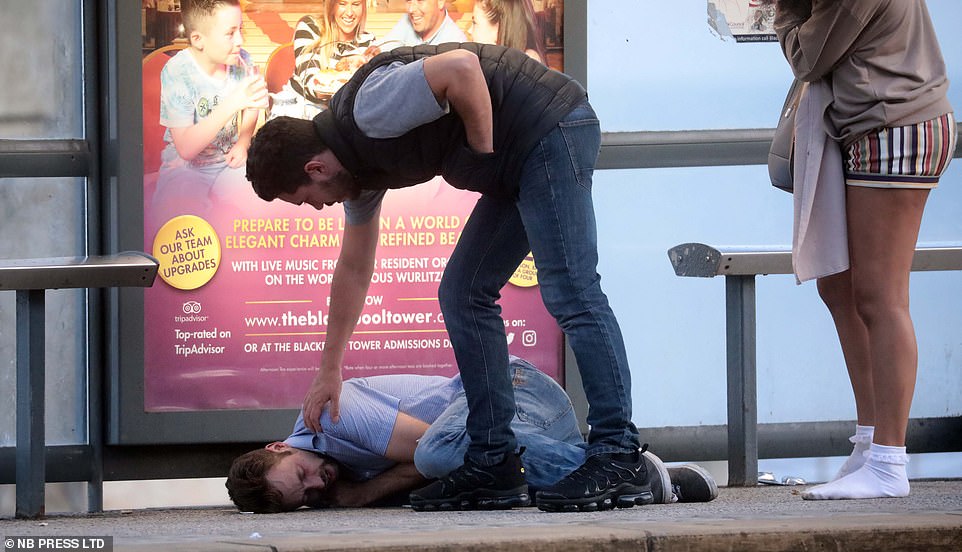 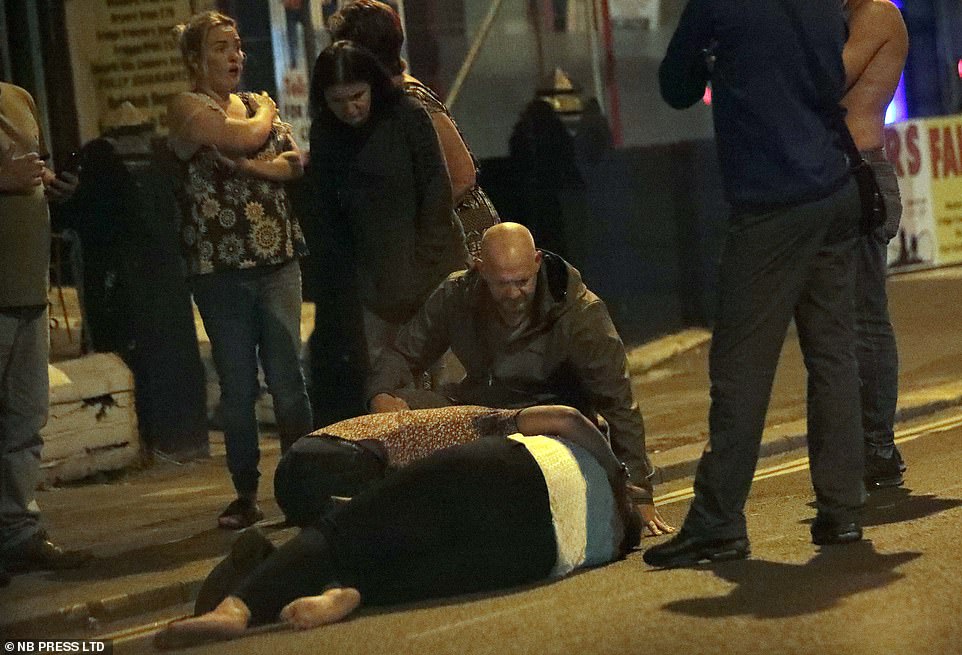 Concerned women look on as two men lie on the floor with their arms wrapped around each other, while another man seems to have intervened 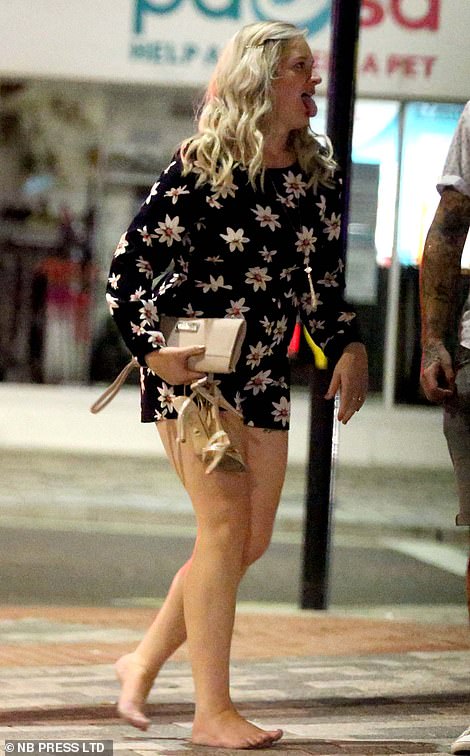 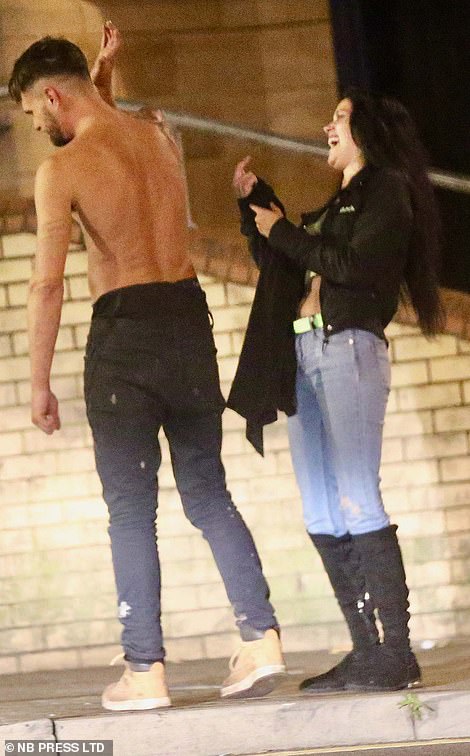 As they made their way home after the first night of the Bank holiday weekend these revellers laugh and joke with friends. One woman sticks out her tongue (left) while another teases a man with his shirt (right) 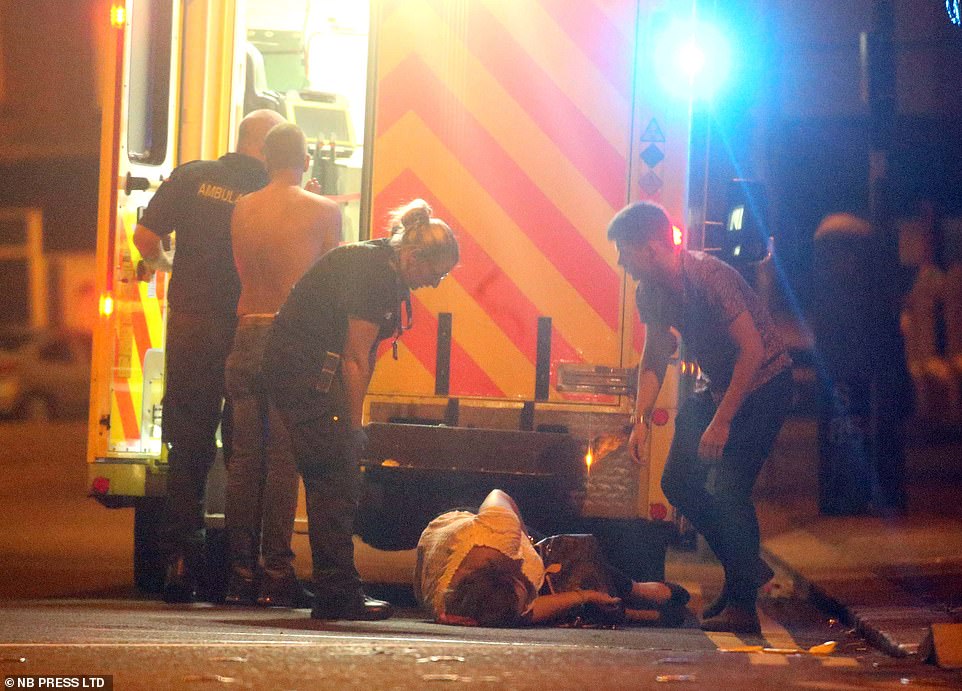 An ambulance is called when one woman loses consciousness outside a Blackpool club. A paramedic bends down to see if she is okay as a topless man speaks to her colleague 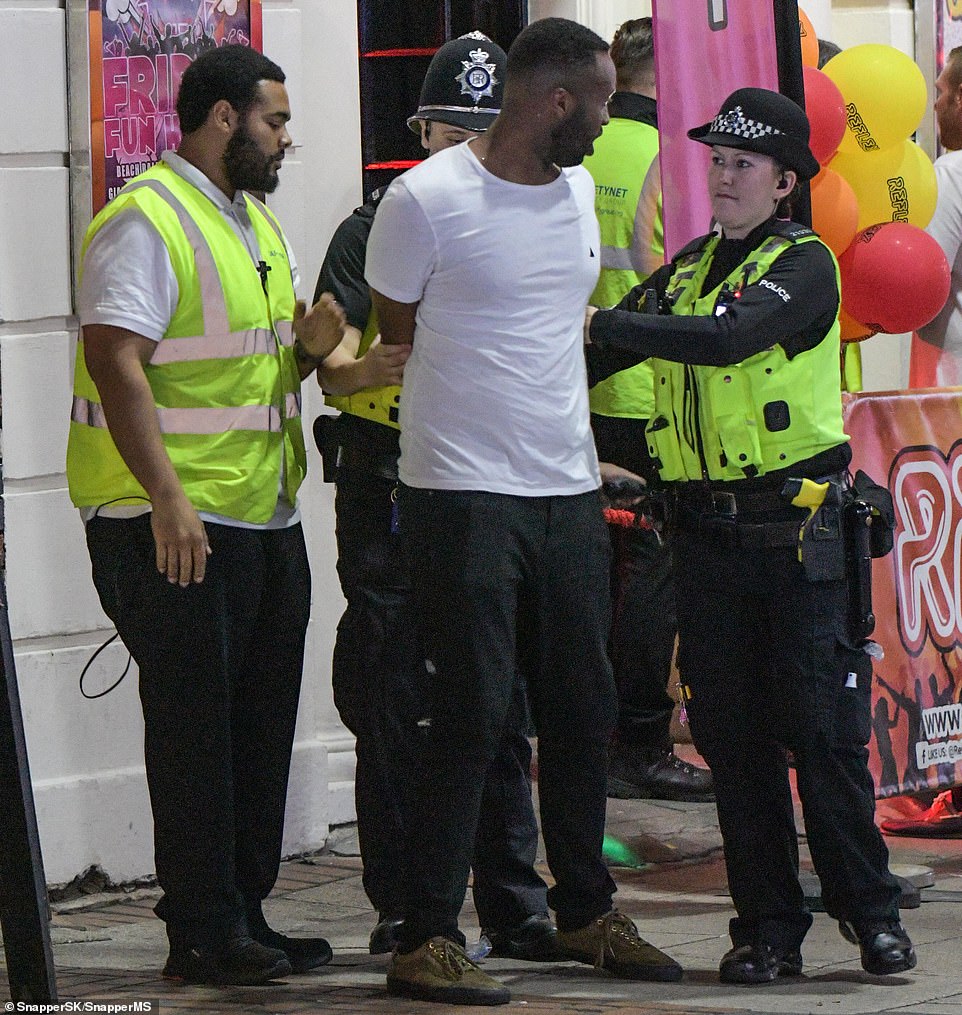 This man was ejected from Reflex club on Broad Street in Birmingham. Police were then called to arrest him. Pictured, one female officer looks at him as he speaks to her. Hours later he was de-arrested, a witness said

A young seagull walks past a man as he lies curled up in a ball at a Blackpool bus stop. Despite warm temperatures during the day by 3am the mercury fell to 13F 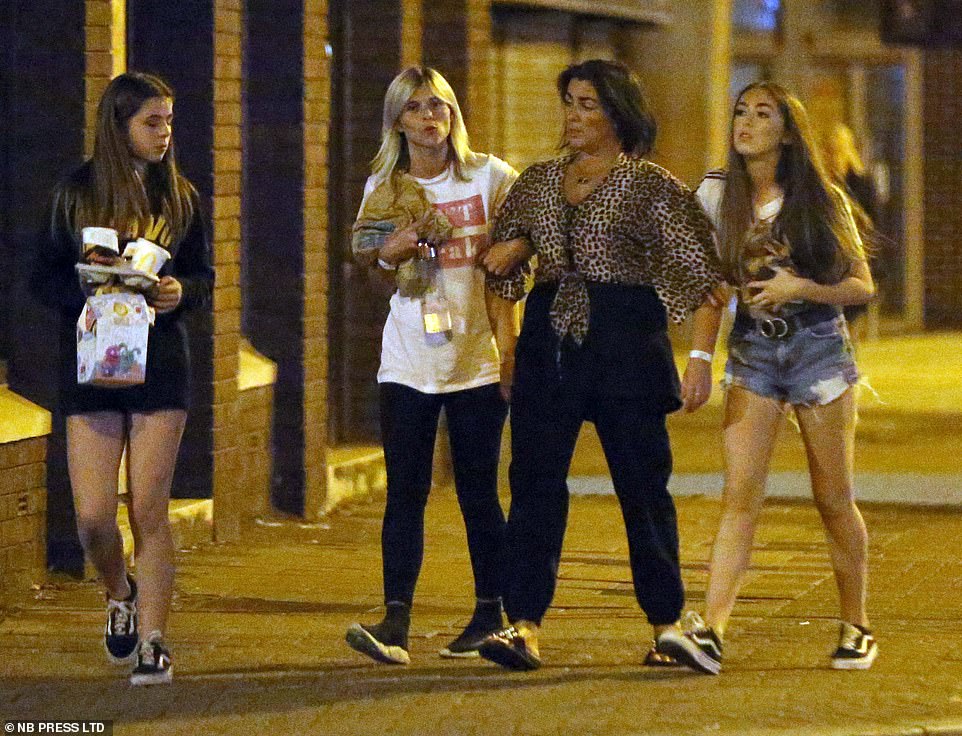 These women walk arm-in-arm as three of them clutch McDonald’s bags, including a happy meal, after enjoying a night in Blackpool to celebrate the Bank Holiday 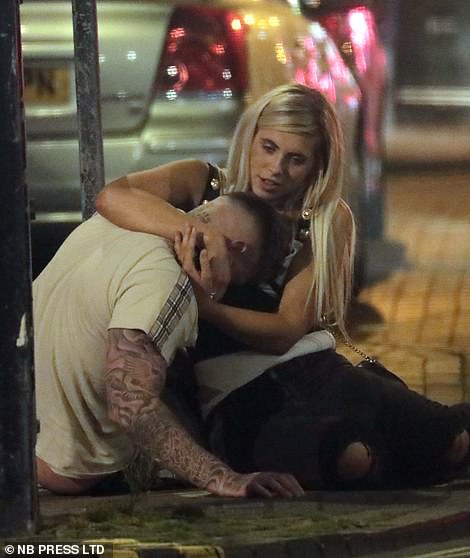 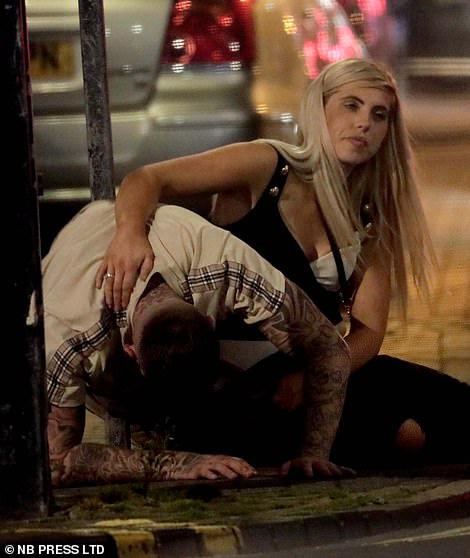 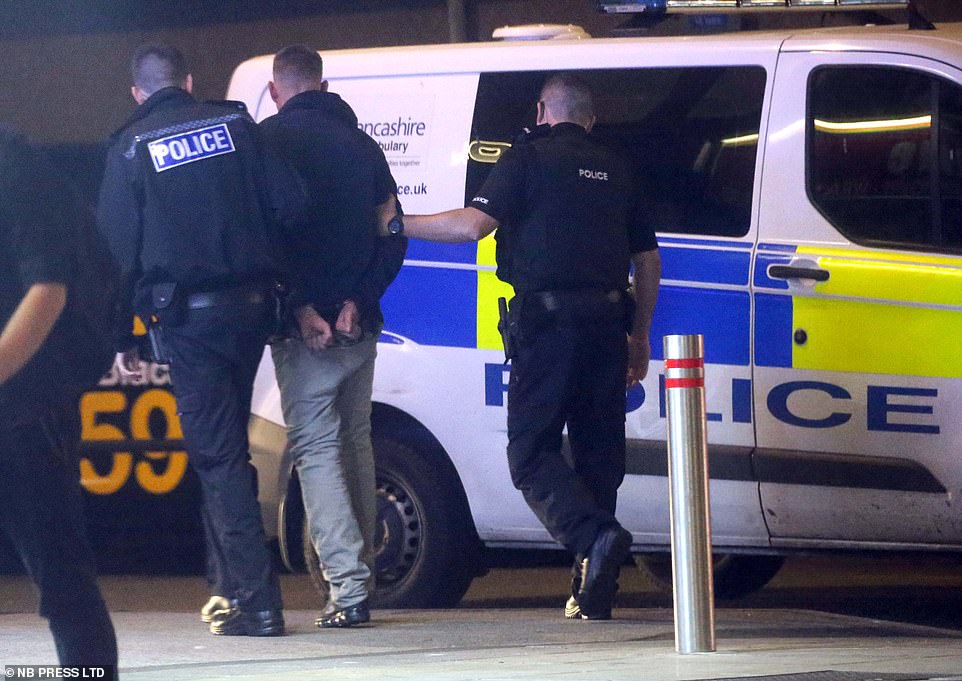 Trouble? A man has been put in to handcuffs and is held by two police officers as they escort him to a van in Blackpool 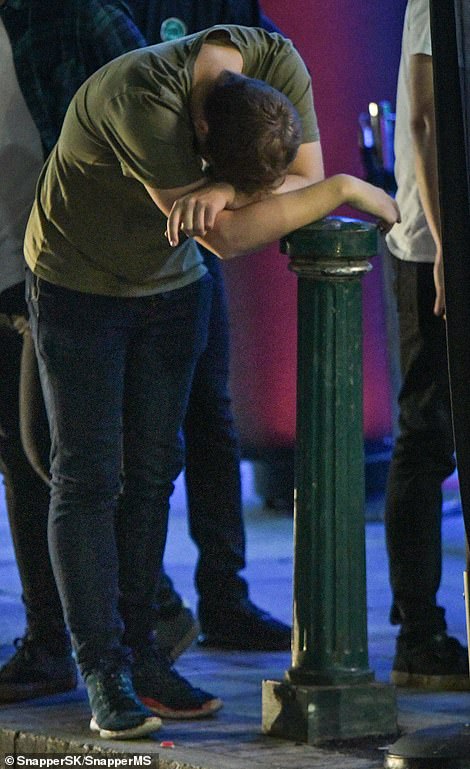 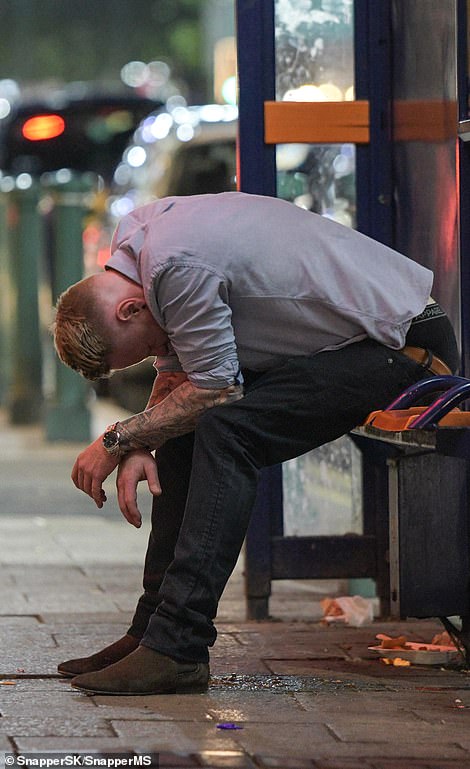 A bollard is used as a resting post for one drunken reveller (left) as he takes a break for a moment during his night out in Birmingham. Another man (right) sits at a bus stop with his head resting just above his knees 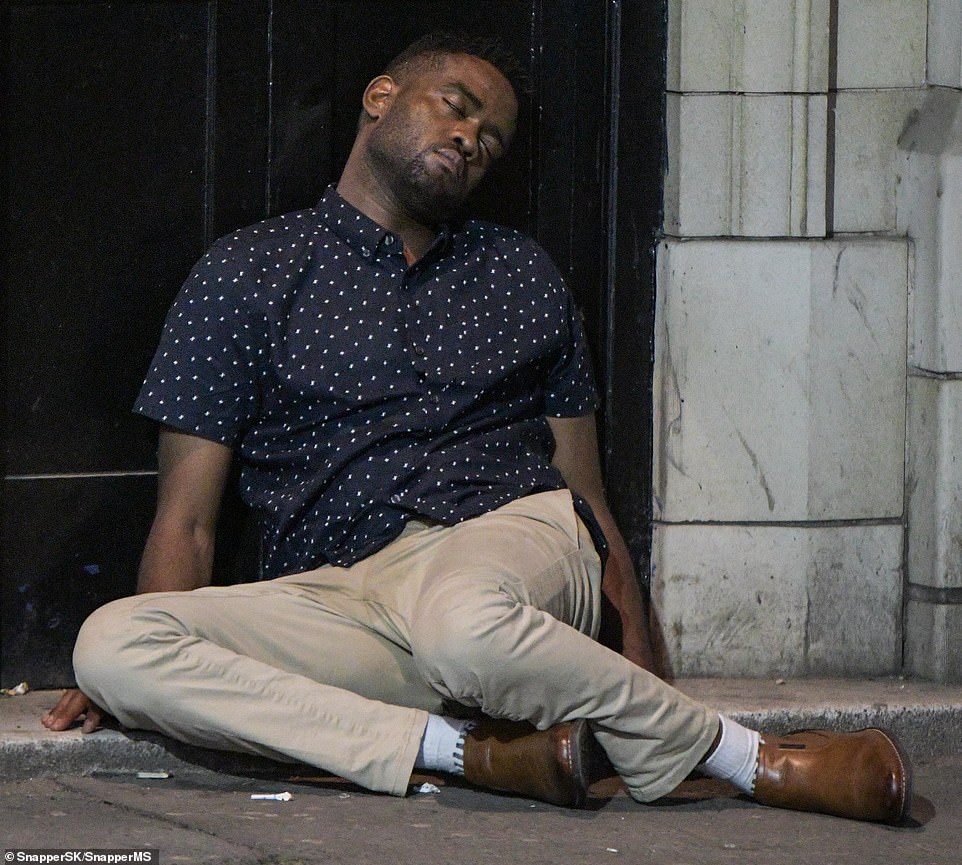 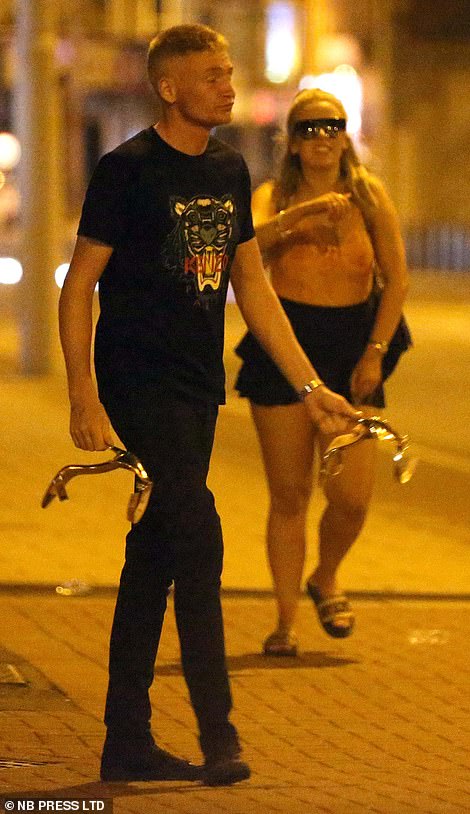 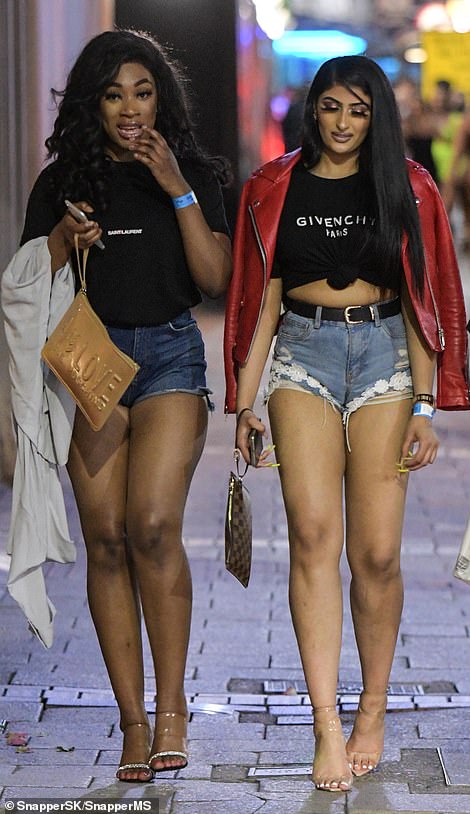 In Blackpool a man carried his partner’s shoes after she changed in to some more comfortable sliders. Girls in Birmingham made their way along the street dressed in short shorts as they enjoyed the warm weather

This is the Paxton Yankees fans have wanted to see