Home » World News » Drone films its descent into the crater of a 9,000ft volcano 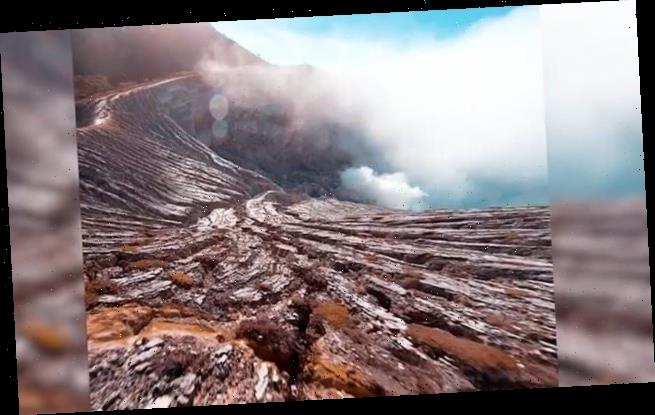 Drone films its descent into the crater of a 9,000ft volcano

Drone films its spectacular descent into the crater of a 9,000ft volcano through spurting clouds of sulphuric smoke to its 1km-wide acidic lake

A Spanish filmmaker piloted a drone into the crater of a 9,000ft volcano filled with acidic water and sulphuric smoke in spectacular footage.

Andrés Aguilera Morillas, 23, captured the incredible scenes when he visited the Ijen volcano complex in Java, Indonesia earlier this year.

In the footage, Mr Morillas navigates his drone down the inner side of the volcano, descending through dense clouds of sulphuric smoke erupting from the earth.

The drone glides between the astonishing cracks and crevice of the volcano, before it reaches a crater lake filled with bright blue, acidic water. 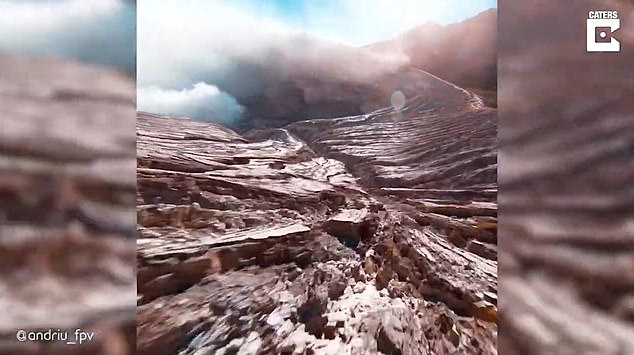 Before the clip comes to a close, the camera shows a view out over the filled crater, with columns of smoke seen billowing from cracks in the ground.

Ijen volcano in East Java contains the world’s largest acidic volcanic crater lake, Kawah Ijen, famous for its turquoise colour. It has a pH level of 0.5.

The active crater is known for its rich sulphur deposits which are being quarried.

The volcano is one of several active stratovolcanoes – a volcano built up of alternate layers of lava and ash – constructed over the 20 km (12.5 mile) wide Ijen caldera, the largest in Java. 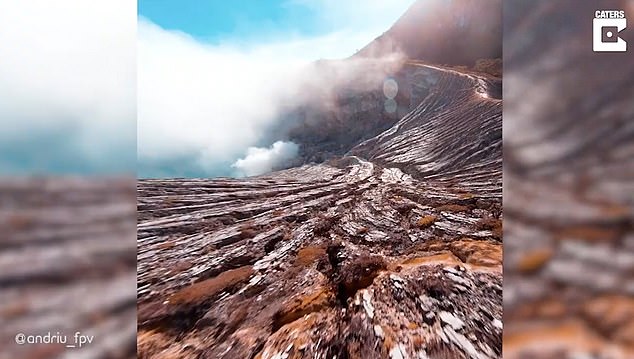 In the footage, Mr Morillas navigates his drone down the inner side of the volcano, descending through the Earth’s astonishing crevices 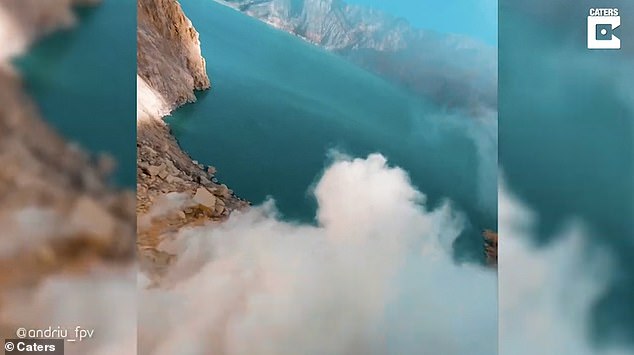 The drone passes through clouds of sulphuric smoke as it heads towards the turquoise lake, which is filled with acidic water

Eruptions from Ijen are very hazardous because of the risk of the lake draining to form catastrophic lahars, destructive mudflows on the slopes of a volcano.

Coffee plantations cover much of the Ijen caldera floor, and tourists are drawn to its waterfalls, hot springs, and dramatic volcanic scenery.

Men working in the Ijen volcano range – which stretches across East Java – have a short life expectancy due to the punishing conditions they face every day in the depths of the mines. 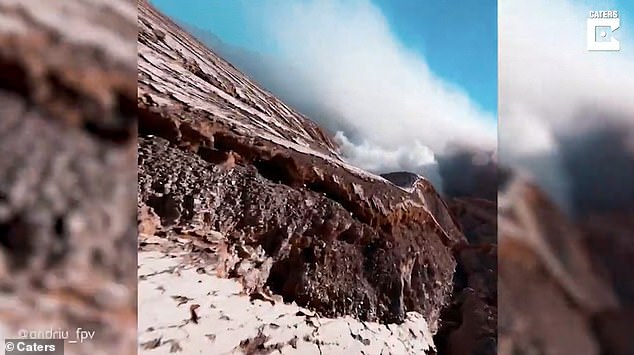 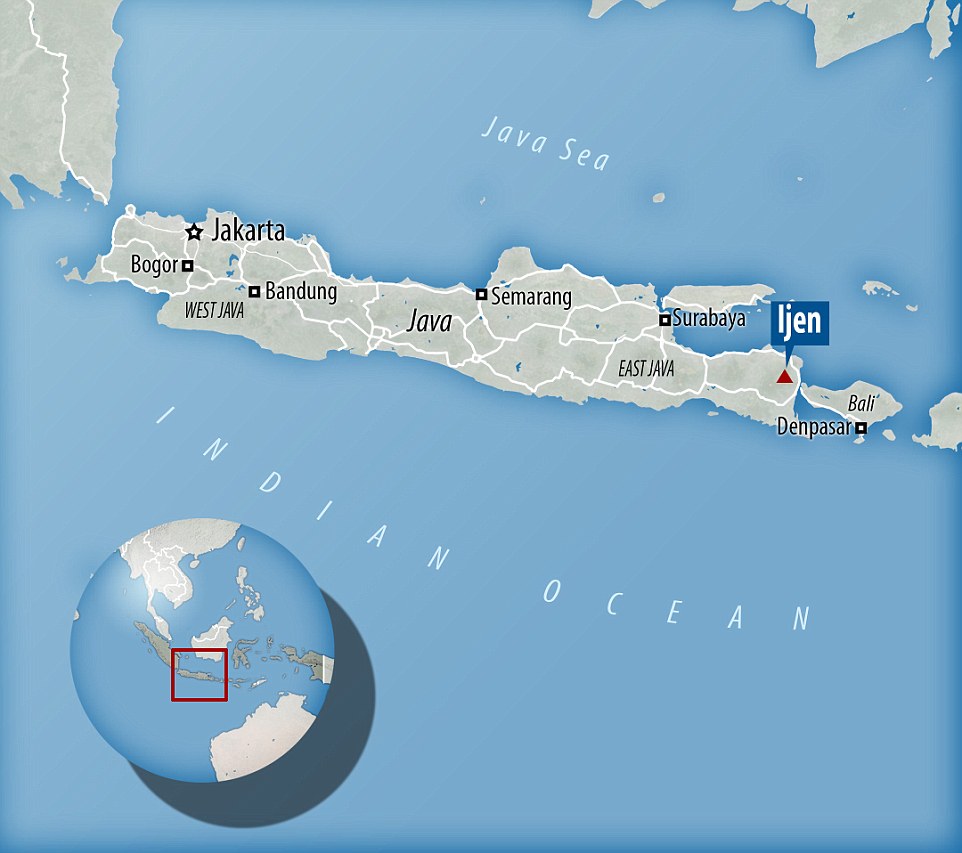 The intrepid workers clamber over sharp rock faces, braving sheer drops from the side of the 2,800-metre-high (around 9,200 feet) active volcano which could erupt at any time.

Sulphur is a natural source of sulphuric acid, and is used by oil refineries and in the production of products such as detergents and fertilisers. It is also a key ingredient in match heads.

There, he flew his custom first-person view drone, made by his company antimatter frames, across the confined space.