A 31-year-old man has been sentenced to four years behind bars for his role in a horror crash in the Perth Hills that killed his partner and mother to their three-week-old son. 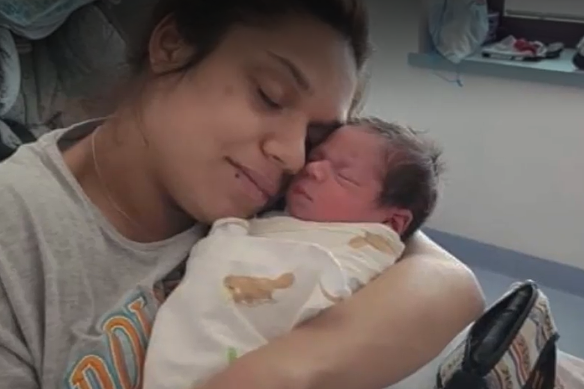 His partner, 23-year-old Darryleen Koolmatrie, was killed after the car struck a power pole on Welshpool Road East near Crystal Brook Road and Lions Lookout in Lesmurdie on September 1 last year.

Three weeks before the fatal crash, Koolmatrie had given birth to their baby boy — named Grantley after his father.

State prosecutor Christine Aynsley said Penny was driving 112 kilometres per hour in a 70 kilometre per hour zone at 11.20am on the morning of the crash. It had been raining, and the road had standing water from the downfall.

Penny lost control of the car and it slid sideways for about 50 metres before crashing into a concrete median strip and becoming airborne.

The passenger side of the vehicle hit a wooden pole, causing significant damage to the car and snapping the pole in half.

It was later revealed the car’s left front and right rear tyres were below the minimum safe tread depth. In court, Penny said he did not know about the condition of the tyres until the crash.

Penny’s drivers’ licence had also expired and he had failed to renew it. Tests revealed he had been driving with a combination of prescription medications and cannabis in his system.

Koolmatrie was rushed to hospital but died as a result of her injuries. Penny only received minor injuries but was also taken to hospital for an assessment.

Penny said: “I remember coming around the corner, and it just slid out … the tires were bald, and I couldn’t bring it back.”

His lawyer Patti Chong said the incident was “a tragedy of significant proportions,” and Penny had “killed the love of his life, the mother of his three-week-old son”.

She said it was reckless to get into a car without a licence and the incident was a “tragedy waiting to happen, and it happened”.

Chong said Penny had been using drugs since he was 12 years old, and had come from a violent background, but had decided to turn his life around for his new baby.

He has completed four out of five rehabilitation programs at Shalom House.

She also told the court the strip of road where Penny had crashed had seen 25 other accidents that year, and road safety in the area was incredibly poor.

Judge Charlotte Wallace said Penny was “genuinely remorseful and consumed by your own grief” and had displayed empathy for the victim’s family.

She said if he had chosen to listen to his driving ban, his partner would not be dead, and that even if the drugs in his system were mostly prescription, he had chosen to use cannabis and get behind the wheel.

Joyleen Koolmatrie described her granddaughter as “a compassionate young woman,” while her father John Blurton said his life was “empty and lonely” without his daughter. 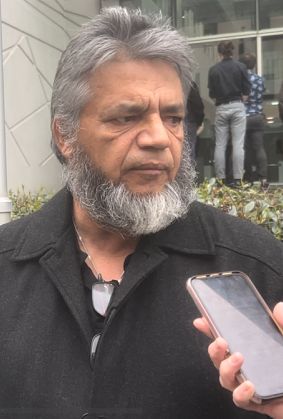 John Blurton has called for the state to appeal the sentence.Credit:Holly Thompson

Penny was sentenced to four years jail, backdated to September 1, and must serve a minimum of two years before being eligible for parole. He has also been disqualified from driving for four years.

Outside court, Blurton labelled the sentence as “disgusting.”

“He only got two years. I’ve got a lifetime, his son has a lifetime,” he said.

Blurton said he had reunited with his daughter after 20 years, and was “really happy”.

“Then all of a sudden, three years later she was taken away,” he said.

He said he wanted the state to appeal Penny’s sentence.