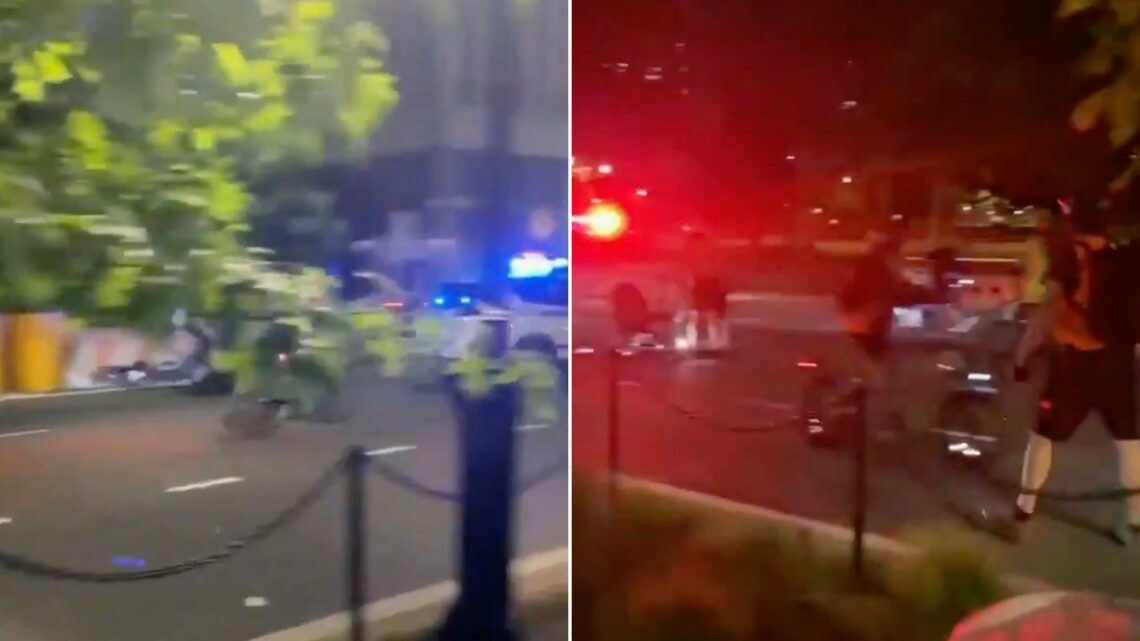 ‘I would do it again’: Suspect accused of pummeling NYC Jewish man shows no remorse

A driver hit two protesters near the Brooklyn Bridge late Tuesday — with an NYPD car sideswiping a bike rider while in pursuit, according to video and police.

The 21-year-old man driving a Volkswagen sedan “aggressively” tried to force his way through a large group — out to mark the anniversary of George Floyd’s murder by a former Minneapolis cop — holding up traffic on the Brooklyn side of the bridge, the NYPD said.

One of the protesters leaped on the man’s car, and he drove off with the person still clinging on top — hitting another in the group as he sped away, according to the cops.

Video footage shows cyclists screaming and yelling abuse at an NYPD vehicle trying to then get past them — with the cop car’s mirror clipping another cyclist as it drove off in pursuit of the sedan, the NYPD said.

“What the f–k is going on,” the man filming the crash says.

The cyclist hit by the NYPD car immediately got up as other protesters rushed to help.

The VW driver, who has not been identified, was eventually arrested and charges are pending, police said.