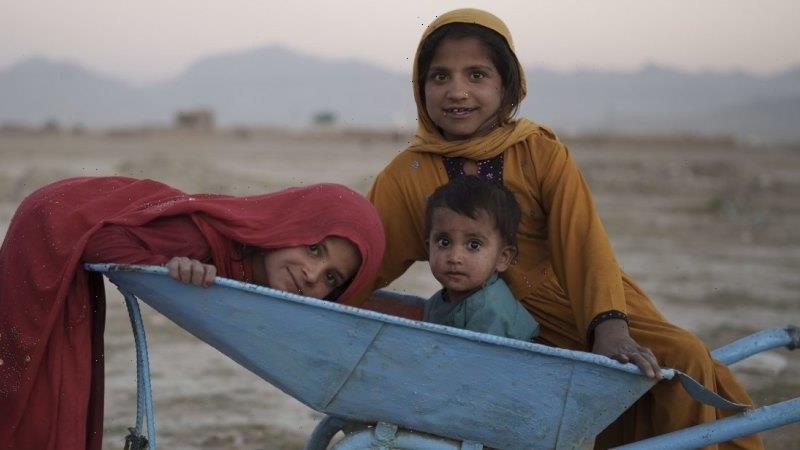 New York: The United Nations humanitarian chief says $US1.2 billion ($1.6 billion) has been promised to help Afghans facing a growing humanitarian crisis, calling the pledges “an important step” towards helping the needy.

Undersecretary-General Martin Griffiths announced the total in pledges at the closing of a high-level ministerial meeting in Geneva on Monday (Tuesday AEST) that was seeking $US606 million until the end of the year to help 11 million people after the Taliban takeover of Afghanistan last month. 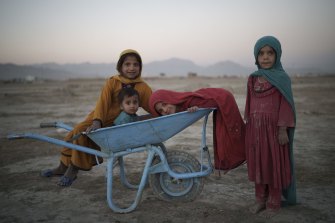 Children pose for a photo as they play in a camp for internally displaced people in Kabul, Afghanistan, on Monday.Credit:AP

Griffiths said the $US1.2 billion included funding for that appeal as well as the regional response to the Afghan crisis.

The United States pledged $US64 million in new humanitarian assistance at the conference, while Denmark said it was giving 240 million kroner ($51 million). Spain pledged €20 million ($32 million) and Norway an extra $US11.5 million.

Beijing last week promised $31 million worth of food and health supplies and vaccines.

Around $US200 million of the new money is earmarked for the UN World Food Program, which found that 93 per cent of the 1600 Afghans it surveyed in August and September were not getting enough to eat.

Griffiths urged donors to turn the pledges into cash contributions as fast as possible, saying that “the funding will throw a lifeline to Afghans” who lack food, health care and protection. 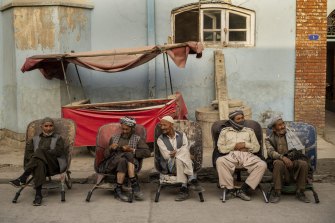 Labourers wait in the street to be hired, in Kabul, Afghanistan, on Sunday.Credit:AP

He says the meeting showed solidarity with the Afghan people but adds that “Afghanistan faces a long and hard road ahead” and this “is far from the end of the journey.”

Meanwhile, the UN human rights chief said her office had received credible allegations of reprisal killings by the Taliban of former Afghan security forces, as well as instances in which officials in the previous government and their relatives were arbitrarily detained and later turned up dead.

Michelle Bachelet, speaking to the Human Rights Council, warned of a “new and perilous phase” for Afghanistan as she criticised the Taliban for a disconnect between their words and actions.

She cited “multiple” allegations of Taliban house-to-house searches looking for officials from the previous government and “people who cooperated with US security forces and companies.”

Such searches took place in at least a half-dozen cities, Bachelet said. “In some cases, the officials were released, and in others, they were found dead,” she said.

“In contradiction to assurances that the Taliban would uphold women’s rights, over the past three weeks women have instead been progressively excluded from the public sphere,” she told the 47-member council as it opened its autumn session.

She said girls aged over 12 have been barred from attending school in some places in Afghanistan, and “Women’s Affairs” departments had been at times dismantled.

Rihanna Has Arrived at the Met Gala, and She Sure Looks Cozy in Her Parka Gown and Beanie