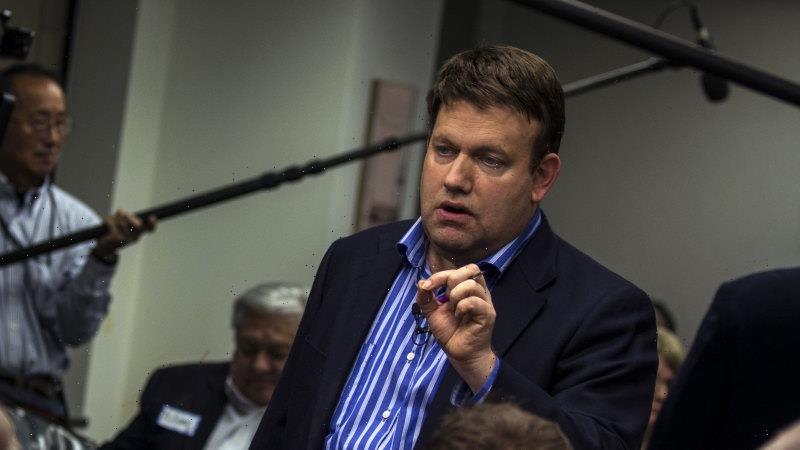 In an exclusive interview with The Sydney Morning Herald and The Age after he spoke at the Conservative Party conference in the UK, Luntz said even if Trump nominated and the Democrats ran a poor candidate, the 45th president would never again prevail at the ballot box. 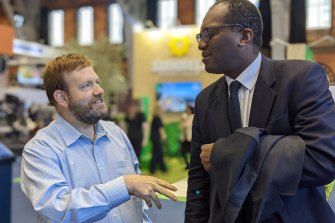 “He will not win,” Luntz said. “If Trump runs again he will be nominated by the Republicans, but he will never be elected president because there are too many people who hate him.

“Trump is the most popular Republican by far, but he can’t win a general election because in the end politics is about persona as much as it is about policy, and his persona is unacceptable to too many people.”

Luntz has worked as a strategist and pollster for the Republican Party for almost 30 years and is regarded as one of the world’s most incisive commentators.

He says as a result of the Trump presidency, he is no longer a Republican – and he also no longer feels like a US citizen, saying he remains worried about whether America can be fixed.

“I look at my country as an outsider, not as an insider or a practitioner or even a citizen,” he said.

Luntz says his concerns began before Trump but have accelerated in the years since 2016.

“What’s different now that did not exist before is a sense of revenge and that is Donald Trump – he put that into the chemical mix,” he said.

“Resentment is ‘someone else is doing better than me’, revenge is ‘I want to bring them down’; we had resentment over the last 20-30 years, we did not have a desire for revenge, that desire came into being in 2016.” 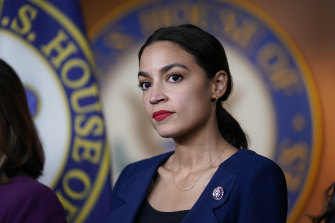 He said the rise of “squad leader” Alexandria Ocasio-Cortez reflected the Democratic Party’s desire for revenge via “woke politics”, something he warns MPs against because of the long-term destruction it will cause to society.

“Once you put it in your bloodstream you can never get it out, that’s the danger – populism on the right and wokeism on the left, and I’m seeking here in Britain, to warn people of both,” he said.

He defined woke as “intolerance”, “cancel” and the drive to “punish people in the future for perceived mistakes of the past”.

“That’s the worst kind of politics because it’s all about definitions and you can’t figure out a way to work together,” he said.

He said countries need look no further than the US to see the damage it causes. 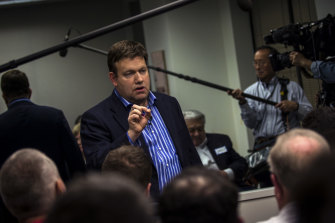 Frank Luntz, who has worked as a political consultant for decades, says Australia’s divisions over climate policy are fixable. Credit:Getty Images

He says the way to fix America could be out of reach.

“Social media is what allows the polarisation to occur,” he said.

“If you fix social media, you fix America, but our culture won’t allow it and perhaps it’s correct,” he said, noting the fierce protection Americans have for the first amendment, which states “Congress shall make no law … abridging the freedom of speech”.

“But it’s poisoning our minds, it’s an acid, it genuinely is toxic, it’s dividing us, it’s killing our attention span, it’s killing our ability to reason and most importantly we’re being fed 24/7 what we already believe and that’s the problem,” he said.

‘I was wrong on climate change’

Rudd was elected to deliver an emissions trading scheme, but the campaign waged against it by Tony Abbott, who reversed Coalition support for a carbon price, contributed to the downfall of four prime ministers, including Abbott, and the government’s reluctance thus far to sign up to net-zero reduction targets ahead of the global climate negotiations next month.

Abbott relied heavily on the work of Luntz to destroy political support for a carbon price; in 2001, Luntz advised George W. Bush to refer to global warming as climate change.

“I was trying to say the science wasn’t settled – prove it,” Luntz says. He says this is now his biggest regret.

Between 2007 and 2009 and by the time Tony Abbott toppled Malcolm Turnbull for the Liberal leadership and reversed the then opposition’s support for an emissions trading scheme, the work that Luntz did with the Environmental Defence Fund had convinced him the science was settled.

“Instead of damming me for getting it wrong 21 years ago, recognise that I was willing to acknowledge my mistakes 12 years ago and the media doesn’t do that even today,” he said.

“Bring me to Australia and let me tell your people about the journey. It is fixable and I know how to do it,” he said.

Luntz, who has been conducting research for the Centre for Policy Studies on how to prevent the Americanisation of British politics, says his advice for politicians wanting to avoid America’s divisions is to take a “zero-tolerance position” towards any kind of ugliness, citing the throwing of rocks at Canada’s recently re-elected Prime Minister Justin Trudeau.

And on policy, he says it’s important for winners to give the losers a voice.

“The winner gets to choose policy, but the loser needs to be heard,” he said.