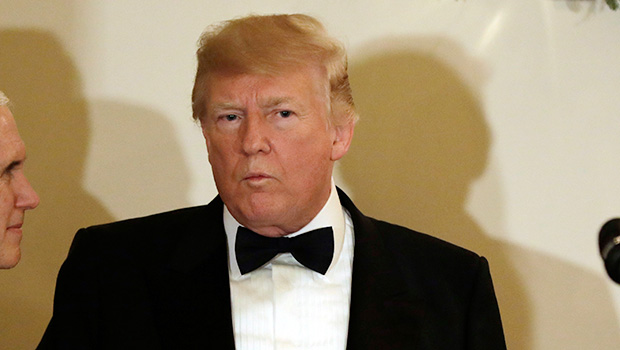 Could someone please turn on the president’s autocorrect? Donald Trump tweeted out yet another typo, this time calling for ‘good boarder security.’ Obviously, Twitter went wild after this gaffe!

Donald Trump‘s since-deleted tweet criticized Democrats for apparently obstructing the US from having good border security. Strike that — good boarder security. “Anytime you hear a Democrat saying that you can have good Boarder Security without a Wall, write them off as just another politician following the party line. Time for us to save billions of dollars a year and have, at the same time, far greater safety and control!” Trump deleted the tweet shortly after posting, probably when someone gently pointed it out and scampered away, and reposted with the correct spelling. But not before people could screenshot that sucker and mock it thoroughly.

Oh, Twitter had jokes. People immediately started going in about how thankful they were that skaters, surfers, and snowboarders were finally getting the protection they needed. “Happy to see that boarder security is trending. Skiers have had it far too good for far too long,” @incompetentuser tweeted at the president. “For owners of Rooming Houses ‘Boarder Security’ is real,” wrote @lisaM3732. And @TamarGlazerman tweeted, “I’m a die hard liberal but I gotta admit that I once got my jaw dislocated by a rogue surf board and that wouldn’t have happened if we had better Boarder Security.” Good one!

Trump’s not getting around this, unfortunately for him. It’s just one in a series of embarrassing typos from the past few weeks, including, but not limited to, tweeting about some dude named Scott Free (he meant ‘scot-free’) and ranting about there being no “smocking gun” in the Comey investigation.

You know, this may not have been a typo. Trump might actually think that this is the correct usage of “boarder,” considering that he’s done this in the past. The president tweeted on December 6, “Arizona, together with out Military and Border Patrol, is bracing for a massive surge at a NON-WALLED area. WE WILL NOT LET THEM THROUGH. Big danger. Nancy and Chuck must approve Boarder Security and the Wall!” He didn’t delete this one.