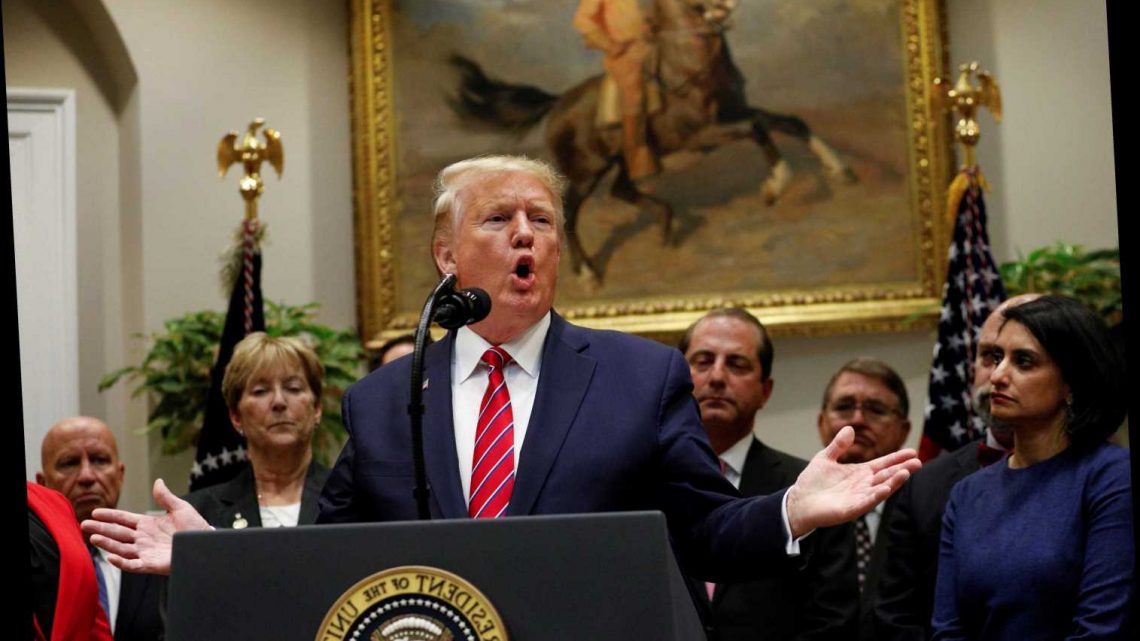 DONALD Trump is to halt a planned ban on flavoured e-cigarettes over concerns it could harm his chances of reelection, it has been reported.

The apparent change comes just two months after the policy was announced, and was reportedly spurred by polling from battleground states ahead of the 2020 contest. 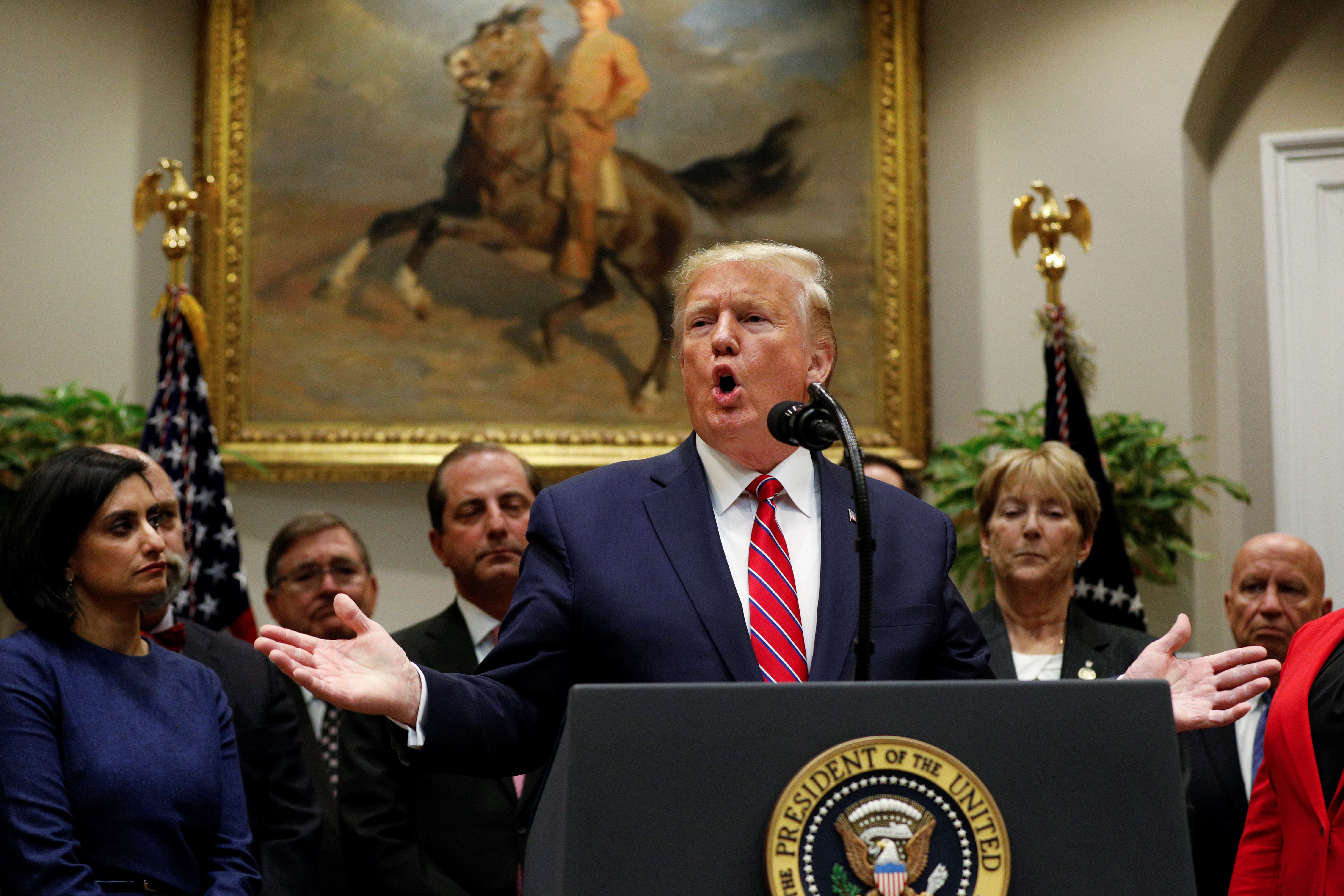 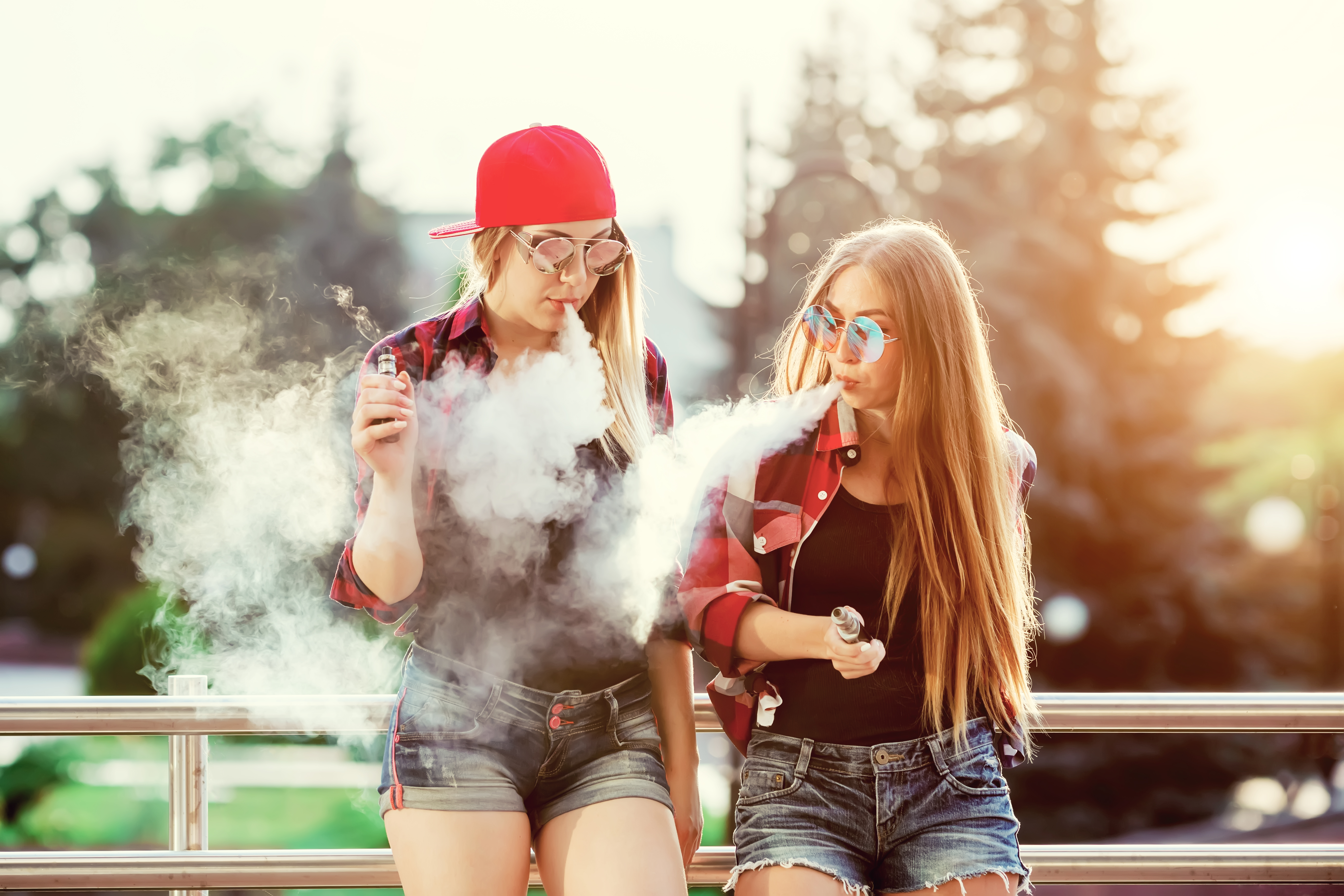 The ban was originally proposed amid an outbreak of vaping-related illness in the United States, with one recent study attributing 39 deaths and 2,000 cases of lung injury to the practice.

A lack of action by the federal government led several states to attempt to enact a ban on flavoured e-cigarettes, the New York Times reported.

Speaking at a meeting also attended by first lady Melania Trump in the White House in September, Trump said: “We can’t have our kids be so affected.

“She [Melania] has got a son. She feels very strongly about it.”

The couple have one son, 13-year-old Barron, the youngest of the president's children.

On November 11, Trump tweeted: "Will be meeting with representatives of the Vaping industry, together with medical professionals and individual state representatives, to come up with an acceptable solution to the Vaping and E-cigarette dilemma.

"Children’s health & safety, together with jobs, will be a focus!"

The reversal is reported to have stemmed from conversations Trump had with advisers and lobbyists at the start of this month.

Campaigning for the next presidential election, set to take place in November of next year, is just getting underway, with Trump's Democrat Party rivals currently deciding who will face him in the contest.

Associates working within the vaping industry are said to have advised the president that polling in a number of key states showed the proposed ban costing him support.

Officials at Juul Labs, the largest seller of e-cigarettes in the US, previously confirmed that flavoured produced make up 85 percent of their domestic sales.

EPIDEMIC 'COULD SPREAD TO UK'

Recent years have seen the claim that vaping is considerably better for the health of consumers than traditional cigarettes called into question.

Test results released earlier this month made a link between some 2,000 vapers to have taken ill since March and a vitamin E oil used in e-cigarettes.

US agency Centers for Disease Control and Prevention say tests carried out on fluid taken from 29 patients points to the Vitamin E acetate – an oil derived from Vitamin E – found in bootleg vape cartridges.

The substance has only recently been used as a thickener in vaping fluid, but the sticky droplets stay in the lungs, the CDC said.

"We are in a better place in terms of having one very strong culprit," said the CDC's Dr Anne Schuchat.

"These findings provide direct evidence of vitamin E acetate at the primary site of injury within the lung."

Many who became ill said they had vaped liquids that contain THC, the active ingredient in marijuana, with many saying they got them from friends or bought them on the black market.

Symptoms of the vaping illness include trouble breathing, chest pain, fatigue, and vomiting.

Speaking this week, one expert also warned the problem is likely to spread to the UK, where some one in four secondary school students now say they have vaped.

Dr Aaron Scott of Birmingham University said: “The US took up e-cigarettes before the UK and they are a look at the future for us.”

He refuted Public Health England’s claim that e-cigarettes are 95 per cent healthier than smoking and said that vapers are “blinding themselves to the risk of lung disease”.

'Star Wars: The Rise of Skywalker': Daisy Ridley Admits How It Feels to Play the 'Worst' Version of Rey