Trump tweeted the jibe after the former Mayor of New York City was seen licking his fingers while eating a pizza on the campaign trail on Tuesday. 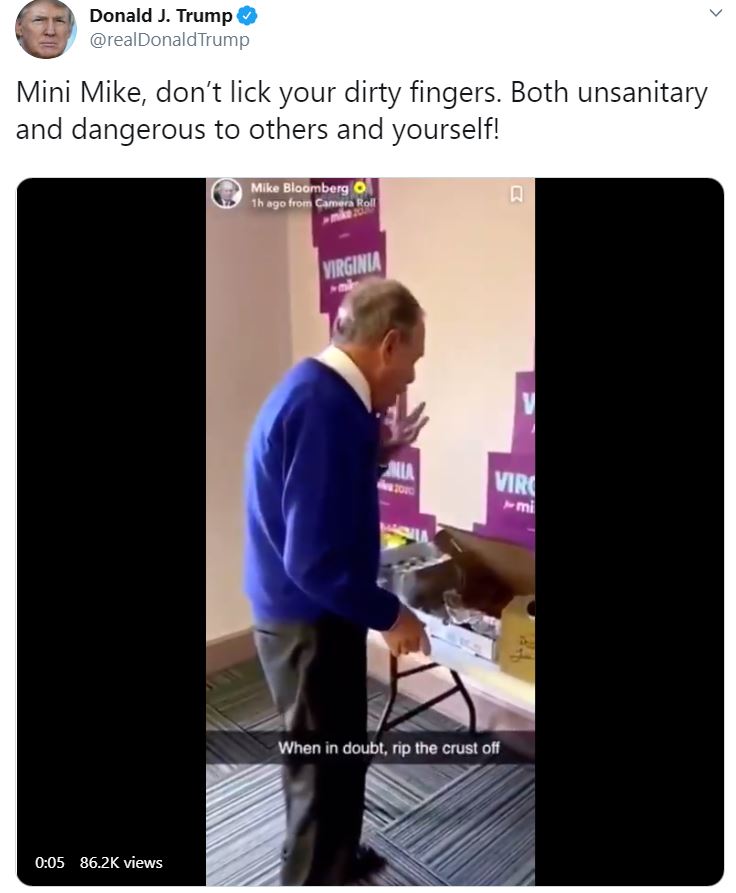 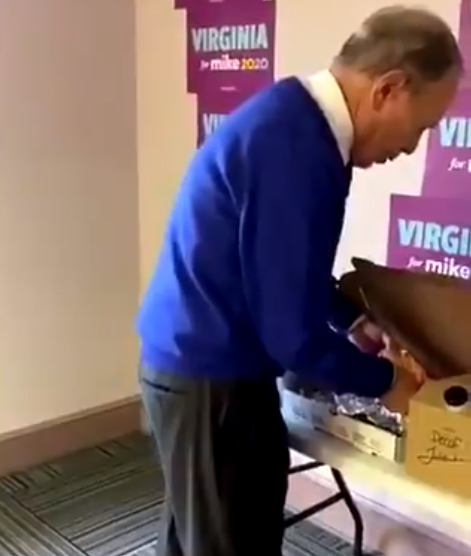 In footage initially shared on the Dem's snapchat story, Bloomberg helped himself to a slice of pizza before ripping it and placing it back into the box.

The former New York mayor then licked his fingers and appeared to smear the grease on the other buffet snacks.

On Tuesday evening, as Super Tuesday results began to come in, Trump shared the video and tweeted: "Mini Mike, don’t lick your dirty fingers. Both unsanitary and dangerous to others and yourself!" 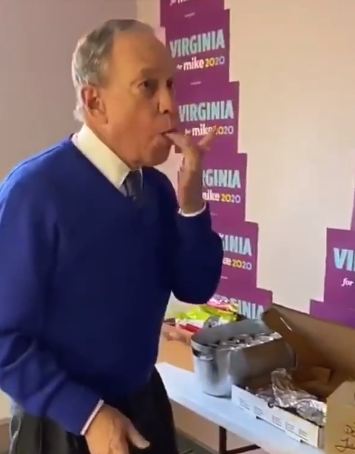 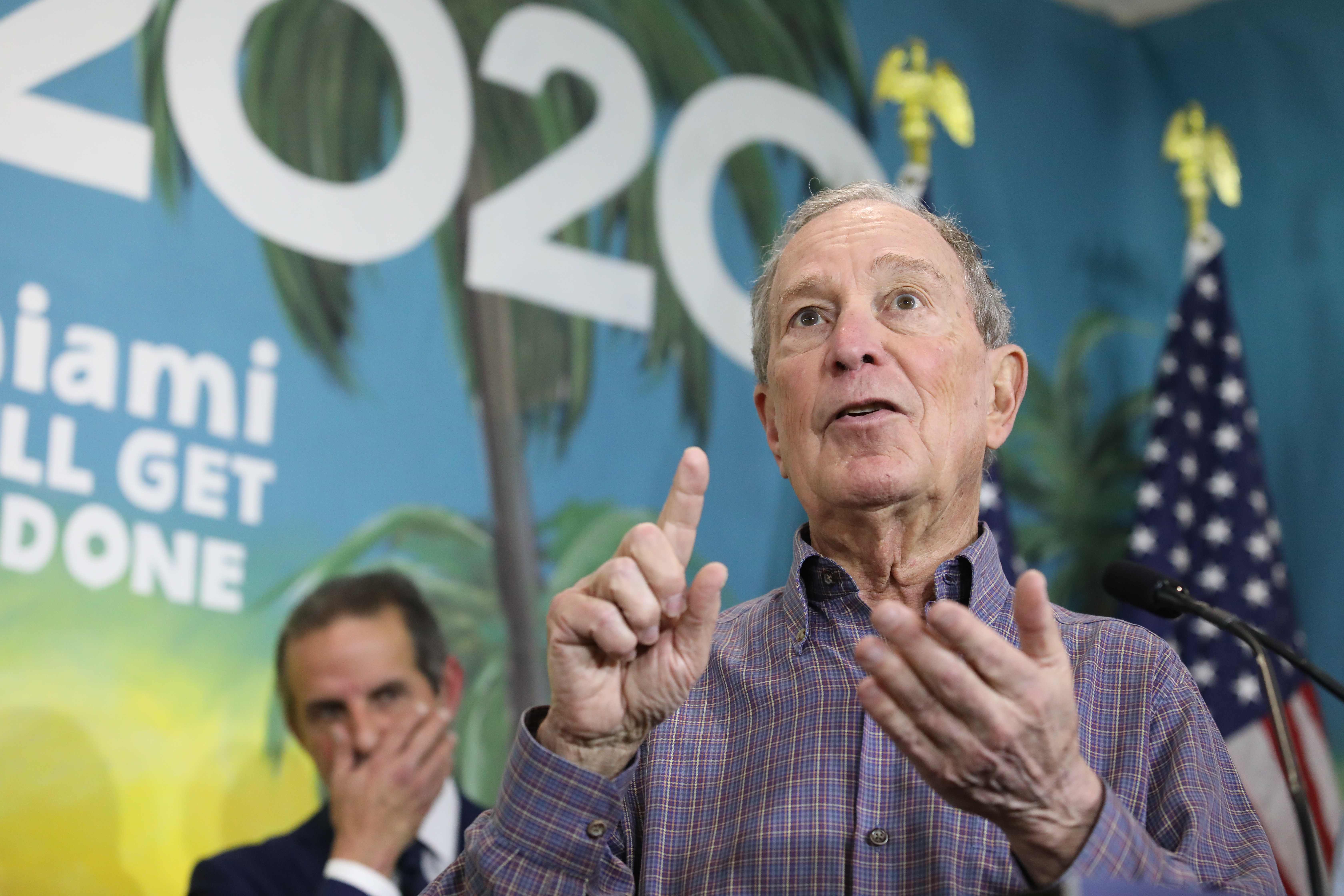 His unhygienic behavior comes after the former mayor criticized Donald Trump for his reaction to the coronavirus outbreak in the US, which has killed nine across the country.

Experts have warned the spread can be curbed by thoroughly washing your hands and observing basic hygiene rules and using common sense.

Trump was not the only one to criticized Bloomberg's eating habits.

"Watch him AWKWARDLY rip a slice of pizza, place it back into the community pizza box, lick his fingers, then put his hands on the box of coffee!"

One user wrote: "And he goes on TV to claim HE IS THE ONE TO LEAD US THROUGH THE CORONA VIRUS pandemic. Hysterical."

Another added: "I just saw a commercial with him talking about the lack of response to the coronavirus— maybe do the opposite of this and wash your hands instead of licking and don’t put back food you’ve already tasted… that would be a good start."

And some users even compared the scene to the iconic chip dip in Seinfield where George argues with Betsy's brother, Timmy over "double dipping" a chip.

It comes on Super Tuesday, as the greatest number of US states in a single day will cast their votes to nominate Democratic presidential candidates.

Earlier in the day, Bloomberg declared he would "defeat Donald Trump."

The candidate tweeted: "Today is our first step to making Donald Trump a one-term president.

Super Tuesday is the the day where nearly half the states in the union hold political primaries, conventions and caucuses to determine their candidates for president.

MOST READ IN US NEWS

What to know about Yancy Noll and his murder

So far, Iowa, New Hampshire, Nevada and South Carolina have voted on 155 delegates.

Today, there are 1,357 Democratic delegates – 33.8 percent of the nationwide total – up for grabs as voters cast their ballots, including 13 delegates for Americans abroad. 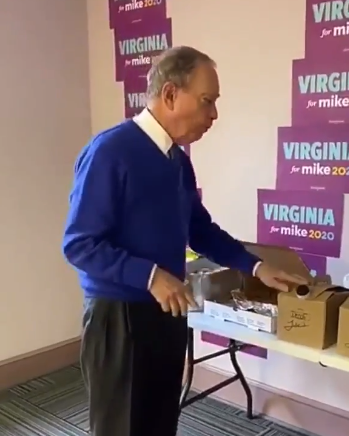 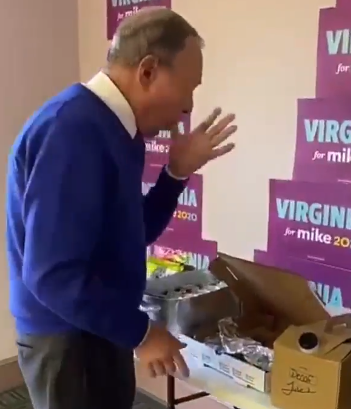 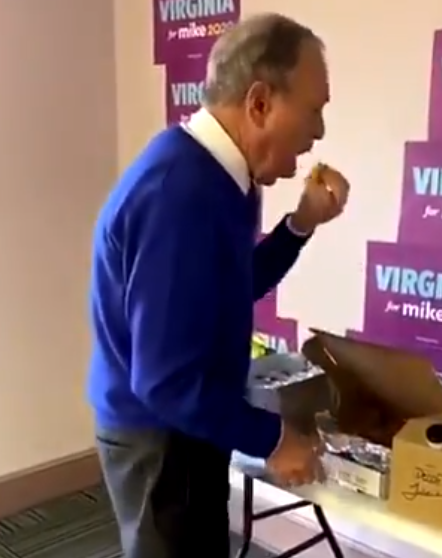