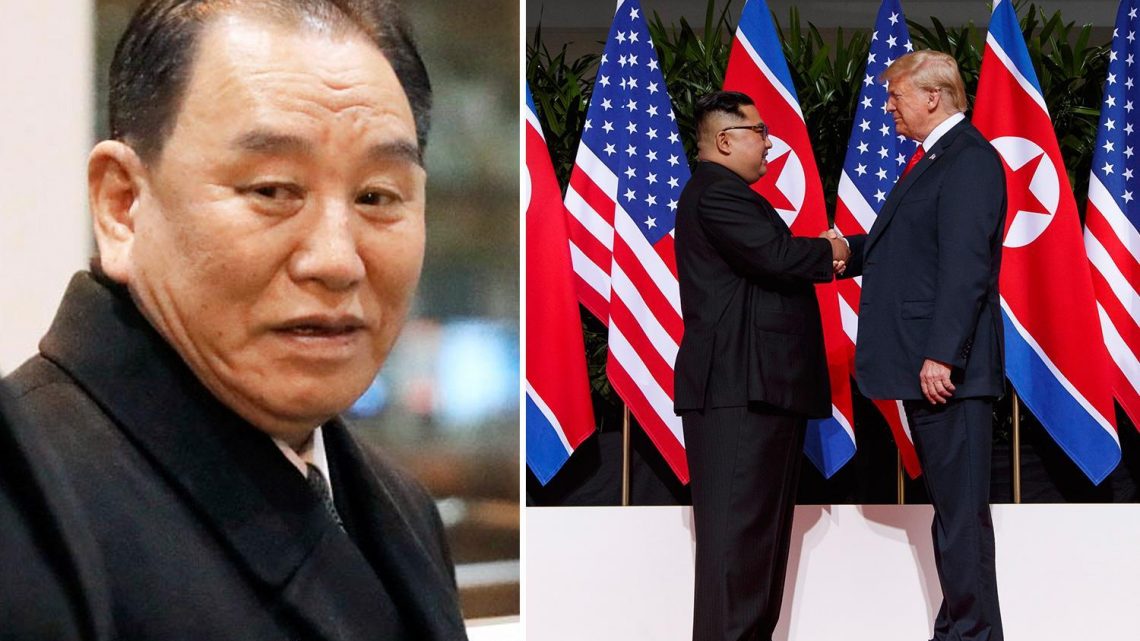 News of the meeting with the reclusive dictator came after Trump met at the White House for 90 minutes with a North Korean envoy, Kim Yong Chol, who had travelled to Washington to broker talks. 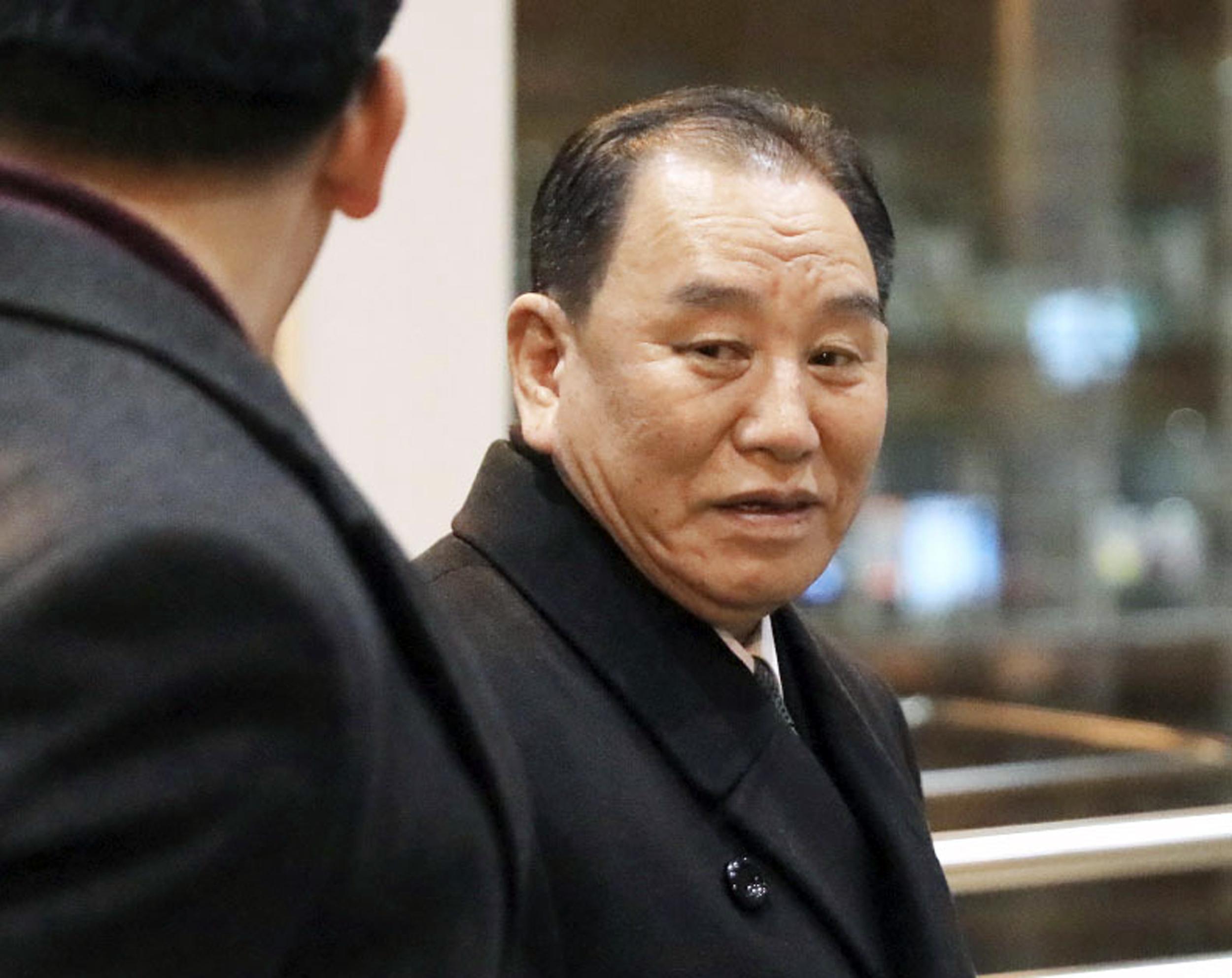 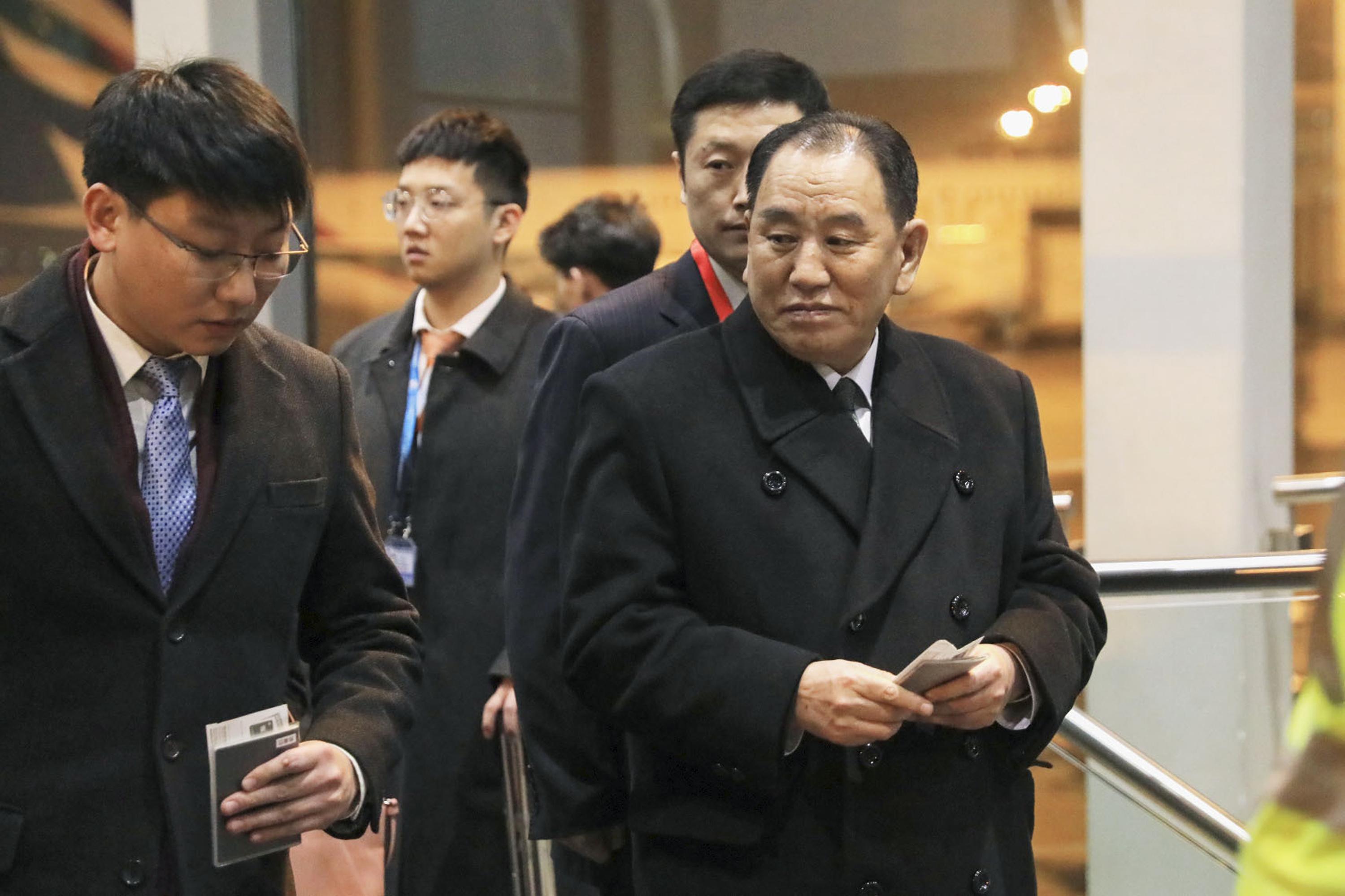 The meeting will happen near the end of February.

White House press secretary Sarah Huckabee Sanders said: "The President looks forward to meeting with Chairman Kim at a place to be announced at a later date."

Trump had his first, historic meeting with Kim Jong Un in June in Singapore, but little tangible progress has been made by North Korea towards ditching its nukes.

The North Korean emissary met earlier with Secretary of State Mike Pompeo at a Washington hotel and they were reconvening after the White House meeting.

HE CAME IN PEACE

Kim Yong-chol, who was spotted in Beijing yesterday before boarding a flight to the US, is carrying another letter from Mr Kim to Mr Trump, South Korea's Yonhap News Agency reported.

The North Korean General is a former military intelligence chief accused of masterminding attacks on South Korean warships in 2010.

A motorcade that included the his car and a Chinese car with a sign reading "state guest" could be seen departing from a VIP area at the airport.

Trump has spoken several times of having a second summit with Kim Jong-un early this year and has exchanged multiple letters with the North Korean leader.

At a conference of US diplomats at the State Department on Wednesday, Vice President Mike Pence acknowledged the lack of progress.

He called the Trump-Kim dialogue "promising" but stressed that "we still await concrete steps by North Korea to dismantle the nuclear weapons that threaten our people and our allies in the region."

A planned meeting between Pompeo and Kim Yong-chol in New York last November was called off abruptly.

US officials said at the time that North Korea had cancelled the session.

A White House official, while not confirming plans for Friday's meeting, said "a lot of positive things" are happening related to North Korea's denuclearization.

The official said Trump and Kim Jong-un had established a "good relationship" and that US-North Korea conversations were continuing.

The official, who also spoke on condition of anonymity, said the two sides were "working to make progress" on the denuclearization goal and that Trump "looks forward to meeting Chairman Kim again at their second summit at a place and time yet to be determined."

The talks had stalled over North Korea's refusal to provide a detailed accounting of its nuclear and missile facilities that would be used by inspectors to verify any deal to dismantle them.

The North has been demanding that the US lift harsh sanctions and provide it with security guarantees before it takes any steps beyond its initial suspension of nuclear and missile tests.

Kim Jong-un expressed frustration in an annual New Year's address over the lack of progress in negotiations.

But on a visit to Beijing last week, he said North Korea would pursue a second summit "to achieve results that will be welcomed by the international community," according to China's official Xinhua News Agency. 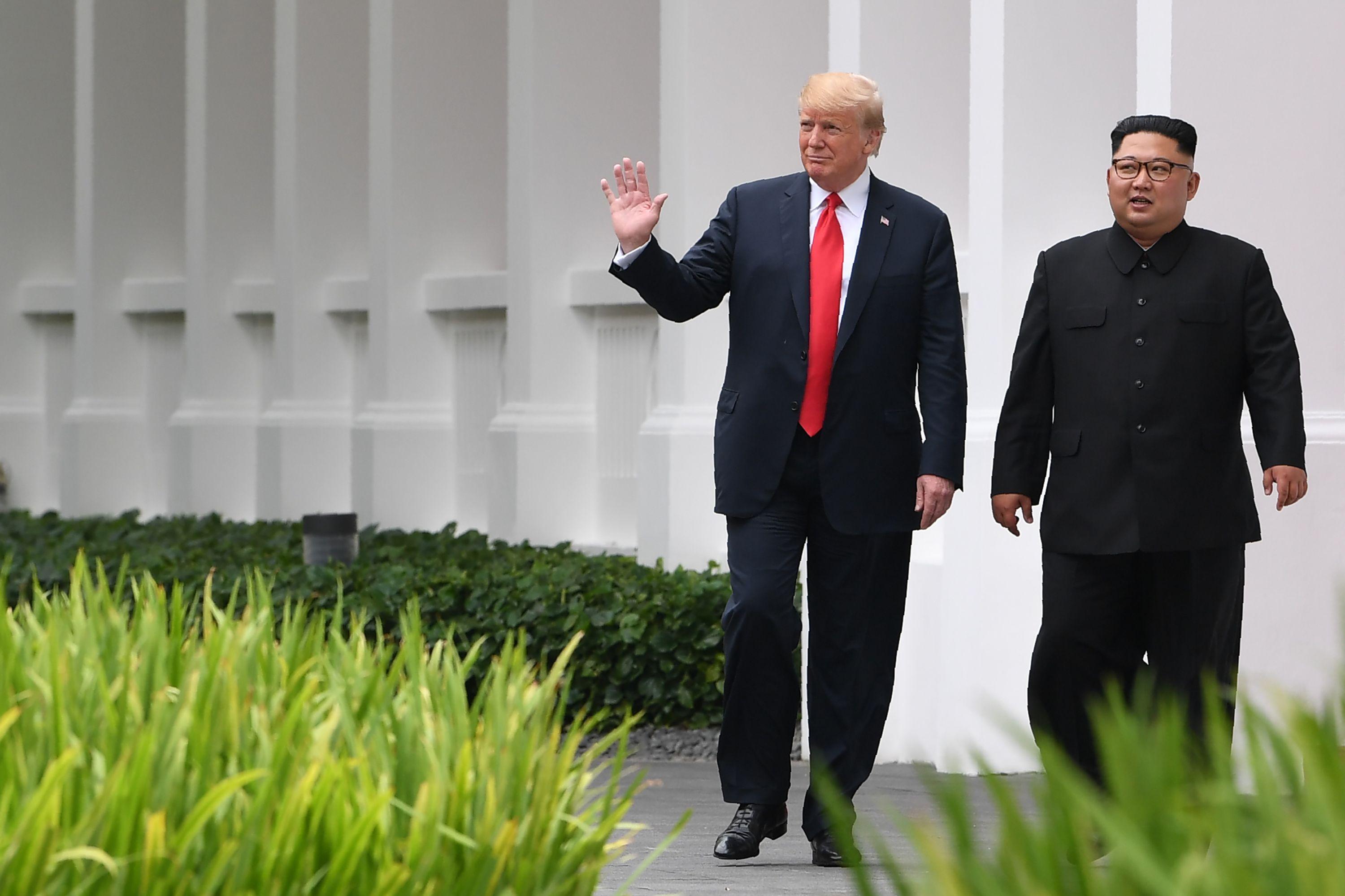 'The Punisher' Showrunner Already Has An Idea For Season 3 [Interview]