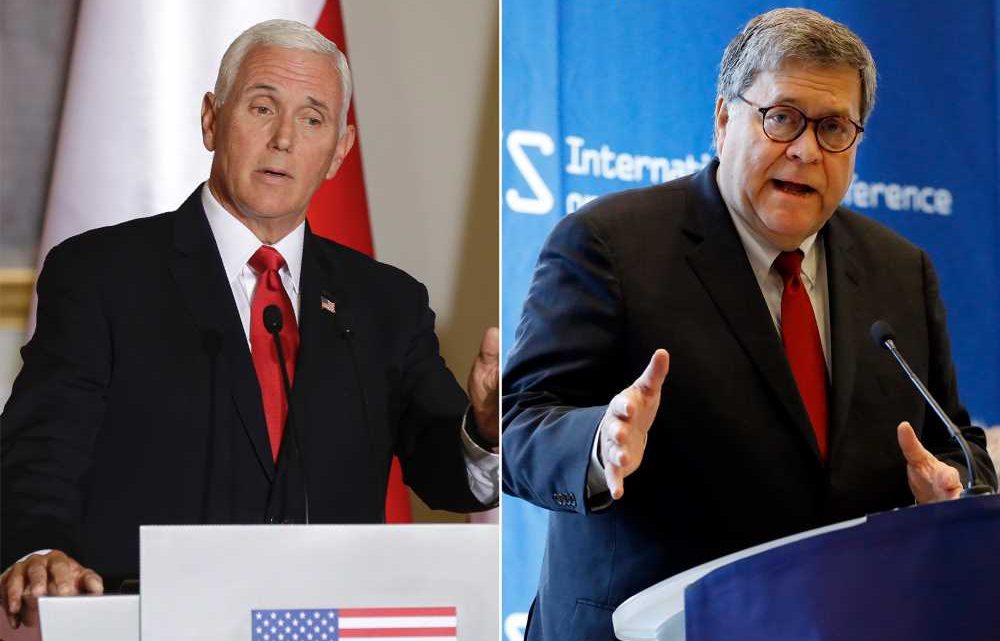 The Department of Justice has drafted legislation that would expedite capital punishment for those found guilty of mass killings, according to a top Trump administration official.

Vice President Mike Pence’s chief of staff Marc Short told reporters Monday that the veep’s policy team has been working with Attorney General William Barr on the death penalty bill, which will likely be part of a larger gun control package the White House will try to sell to Congress amid a wave of shooting massacres, including the latest rampage in Texas that killed seven people.

Barr in July said the federal government would push to resume executions of convicted murderers on death row after a 16-year hiatus.

While a capital punishment provision might entice Republican senators to get on board, it will likely be a non-starter for House Democrats.

On the flip side, Senate Republicans seem unwilling to pick up a background check bill passed earlier this year in the Democrat-led House.

The president has shown various levels of support for strengthening gun control laws since the double mass shootings in Dayton, Ohio, and El Paso, Texas. Saturday’s drive-by rampage in Odessa and Midland, Texas, brought the issue to the political forefront yet again.

On Sunday, Trump said his administration was “committed to working with Congress to stop the menace of mass attacks.”

“This includes strong measures to keep weapons out of the hands of dangerous and deranged individuals and substantial reforms to the nation’s broken mental health system. Our goal must be to identify severely disturbed individuals and disrupt their plans before they strike,” Trump said at FEMA’s DC headquarters.

“To reduce violence, we must also ensure that criminals with guns are put behind bars and kept off the streets. Public safety is our number one priority, always wanting to protect the Second Amendment.”

Trump talked generally about work being done on a legislative package.

Earlier Sunday, Trump had told reporters that he didn’t think strengthening background checks would have prevented the most recent gun-related murders.

“They would not have stopped any of it,” he said.

A capital punishment provision would be moot in this case too, as the Odessa and Midland gunman, Seth Ator, was killed by police in a shootout.