Victorian MP Jane Garrett says she is still being targeted by bullies from the firefighters’ union five years after she resigned as Victoria’s emergency services minister following a bitter industrial relations dispute.

One person who claimed to be a member of the United Firefighters Union, anonymously operating a social media account called EBA Truth, has targeted Ms Garrett with more than 90 Twitter posts in the past year. 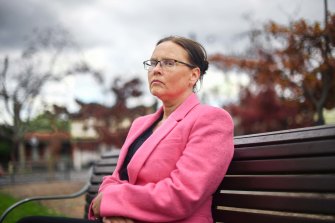 Former minister Jane Garrett says she is still being targeted by abuse, six years after a CFA industrial dispute.Credit:Joe Armao

The posts, which focus on the long-running Country Fire Authority dispute that forced her departure from cabinet and pitted her against Premier Daniel Andrews and union leader Peter Marshall, as recently as this month compared her to a dog. Earlier posts suggested she was a “rat”, “liar”, “psychopath”, “self-serving wrecker” and questioned her loyalty to the Labor Party.

Speaking exclusively to The Age, Ms Garrett said: “Unfortunately this is nothing new and I’m not surprised.”

“But I’m beyond sick of it, not just for me but for all those women who have suffered and are suffering,” she said.

“Women’s rights, including the right to be safe at work, are as fundamental as any OHS [Occupational Health and Safety] and industrial rights that our movement has fought so hard for.”

Ms Garrett’s comments came as the Andrews government reached a Wednesday deadline set by Parliament for the release of a politically-charged report into bullying and sexism in Victoria’s fire services.

The Legislative Council has compelled the government’s upper house leader and Attorney-General, Jaclyn Symes, to produce a Victorian Equal Opportunity and Human Rights Commission report into sexism and bullying in Victoria’s fire services.

The report was commissioned in 2015 by Ms Garrett when she was the minister responsible for emergency services, and she has previously called for it to be released, but the government is expected to block its release because it has been suppressed by the Court of Appeal, which found the commission did not have the legal right to review fire agencies. The firefighters’ union fought for the report to remain confidential.

If the Attorney-General does not release the report, the Coalition could attempt to censure Ms Symes and again direct her to produce the report, it could call in an independent arbiter to assess the government’s rationale for secrecy, move to suspend Ms Symes for a period of time, or vote to instigate legal proceedings against her in court, based on the precedent of a 1998 High Court case that found State Parliament chambers have the right to compel documents from MPs. The opposition would need nine of 11 crossbench votes to achieve any of these outcomes. 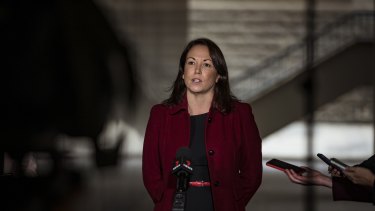 Ms Garrett resigned from cabinet in 2016 after the Premier sided with the firefighters’ union and pushed through a wages deal that gave the UFU more influence within the fire services. Ms Garrett filed a formal bullying complaint against Mr Marshall who she said threatened to put an axe through her head amid the political firestorm. A 2016 report in The Australian Financial Review claimed the union leader told Ms Garrett she was “f—ing dead” and he was “coming to get [her]”. He has consistently denied the claims.

Monash University politics specialist Zareh Ghazarian said attitudes about acceptable behaviour towards women had shifted radically in the years since Ms Garrett’s battle against the union and the Premier.

Dr Ghazarian said it would be more difficult for the Premier to be perceived to have taken the side of a person alleged to have bullied a woman in today’s cultural climate in which gender issues pervade politics.

“What we’re seeing, especially in the last 12 months, is close attention paid to this as a community, but also among political actors,” he said. 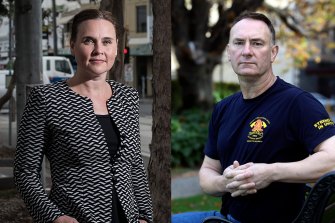 “It might indicate a political maturation that we’re seeing, and it just isn’t acceptable anymore.”

Leader of the opposition in the upper house David Davis urged the government to release the report, as directed by Parliament.

“It’s clearly in the public interest and there’s no excuse for a cover-up,” he said.

Some sections of the commission’s report were leaked to The Age in 2018. They detailed a “hyper-masculine culture”, “everyday sexism” and warned that workers could be exposed to further harm under the industrial agreement backed by the Andrews government. 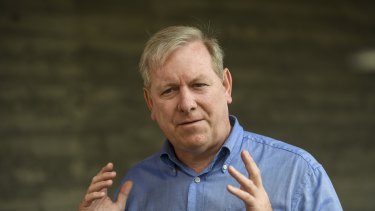 University of Adelaide professor Greg Taylor, who has written a book on the Victorian constitution, previously told The Age the powers of Parliament were entirely separate from the powers of the judiciary, and therefore the government could release the document even if it had been suppressed by a court.

20 Cute Shoes You're Going to Want to Wear For Spring, Summer, and Beyond