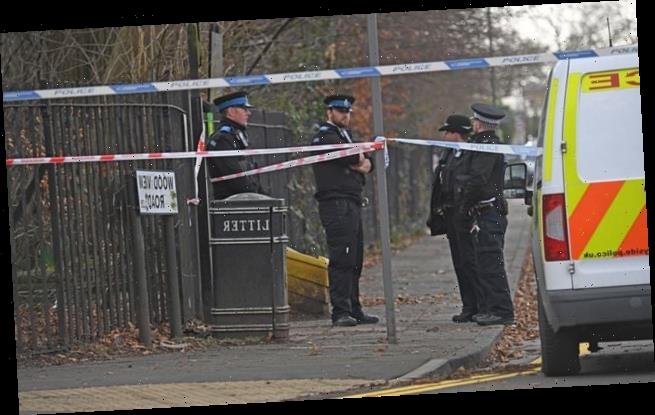 A loyal dog refused to leave its owner’s side after he was killed by a falling branch in Storm Ciara.

The dog walker in his sixties was hit by the tree on Tuesday while exercising his pet at Black Wood in Woolton, Liverpool, as high winds battered the UK.

His family, who laid flowers at the scene last night, were too upset to comment and he has not yet been identified.

‘And now a man who went out for a walk in the morning has died. It’s horrendous – the dog was still waiting for him.

‘Maybe now the local authorities will pull their finger out and do something.

‘The trees are so close to the road that they could fall on school children going to the local school, or on our house.’ 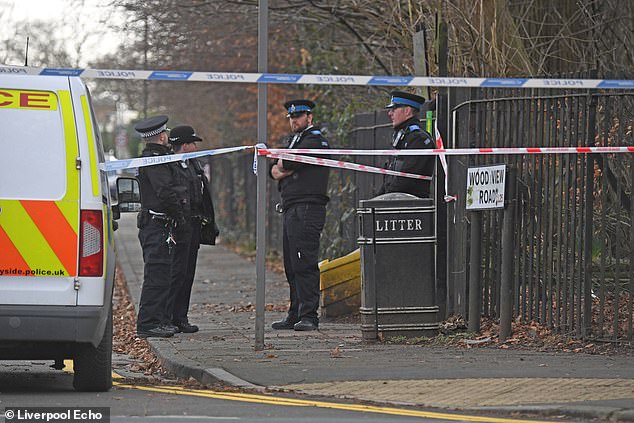 Emergency services at the scene in Woolton Woods, Liverpool yesterday, where a dog walker was hit by a tree 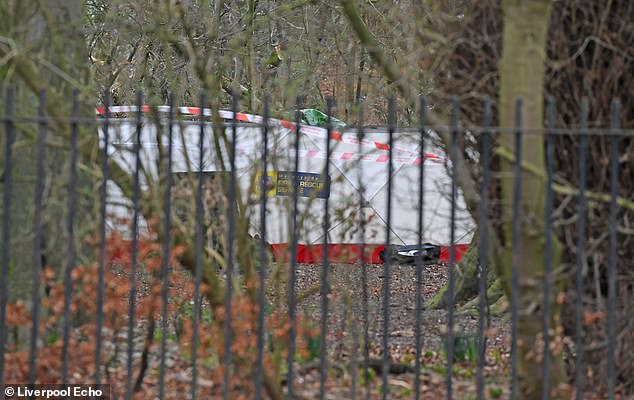 His family, who laid flowers at the scene last night, were too upset to comment and he has not yet been identified

Mrs Sorsky said that a lady on her road told her a woman ran out of the woods saying a man had been hit by a tree, and another neighbour went to check his pulse, but found he was dead.

A spokesman for Merseyside Police also confirmed to local media that the man’s loyal dog was still at his side when police and paramedics arrived at the scene.

‘Three years ago a tree fell and it smashed the wall of the house two doors down.

‘Luckily the car wasn’t in the drive and the children weren’t going out to school.

‘There used to be people who came and picked up things and cut the trees back but no longer, or they just blow the leaves around and do nothing else.’ 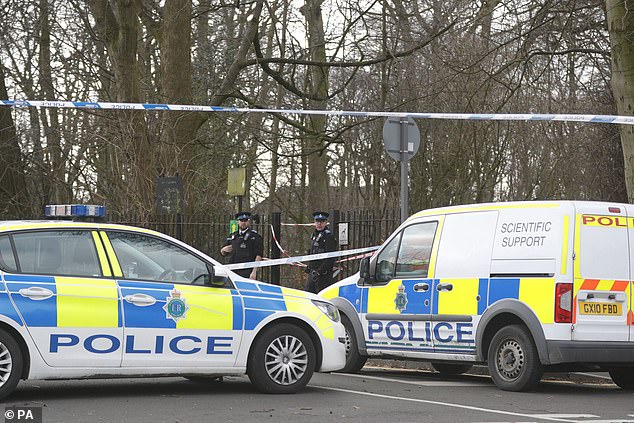 Emergency services near Black Wood in Woolton, Liverpool, attending to the dog walker

Woolton resident Mrs Donohue, 64, who lives opposite the woods, heard the moment the tree fell.

She said: ‘I heard the tree fall about quarter past 10.

‘I had just got up and was opening my curtains when I heard it in my upstairs bedroom.

‘It was just like a crack, that was all.

‘It didn’t sound like anything much, so I didn’t think to alert anyone.

‘I just thought it was a branch breaking – we don’t usually have much trouble with any of the trees.

‘It was only when I saw the police and fire engines arrive later that I thought something might have happened.’ 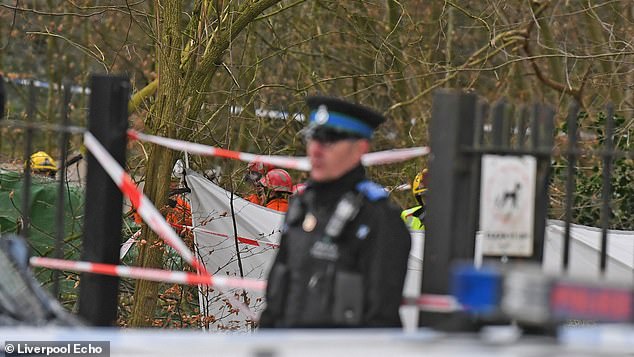 Mrs Sorsky said: ‘Maybe now the local authorities will pull their finger out and do something’ 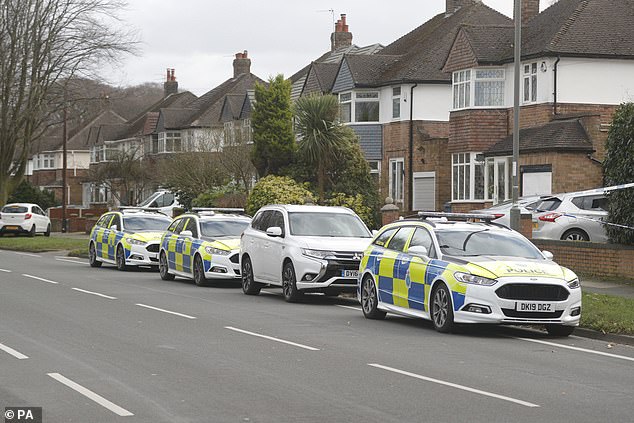 Emergency services near Black Wood in Woolton, Liverpool, attending to the dog walker

Retiree Raymond Garnett, 78, from Woolton, witnessed the police cordon shortly after the tragedy.

The pensioner said: ‘I was walking my daughter’s dog through the park when I came across the police cordon.

‘I was trying to find a way out when a lady police officer allowed me through the cordon at the Woolton Road entrance to the park.

‘It was about 12:30pm. It was very windy, it was quite dangerous – lots of branches were swaying.

‘The policewoman advised me not to go through wooded areas and she saw me through to safety.

‘There was another dog walker there who offered to take the man’s dog, but the police said the dog was being looked after, I don’t know who by.

‘After lunch around 2pm I came past the gate again and it was padlocked off.’

A spokesman for Liverpool City Council said yesterday: ‘The council is shocked and saddened to hear of this death and all thoughts are with the gentleman’s family and friends.

‘The ancient woodland belongs to Liverpool City Council and the council will co-operate fully with any subsequent investigation.’

The council spokesman declined to comment further on the Sorskys’ allegations.