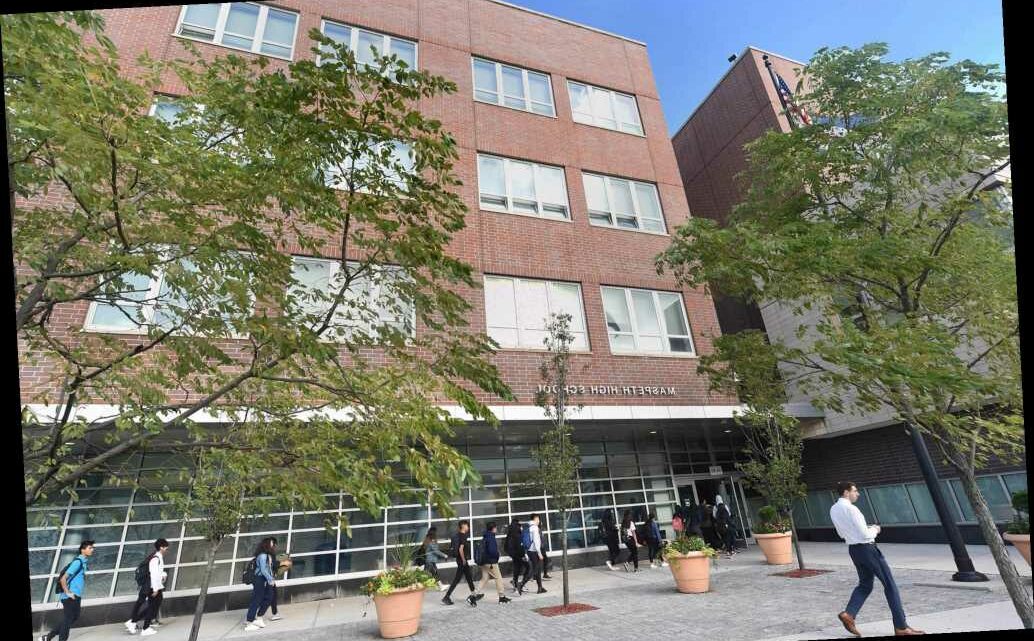 Eighteen months after the city launched a probe of academic fraud at Maspeth High School, investigators have yet to interview the school’s leaders — stalling completion of the case, The Post has learned.

A group of fed-up Maspeth teachers came forward in August 2019 with documents and accounts of administrators pressuring the faculty to pass failing students, staff giving answers during Regents exams and phantom classes set up to push through kids who did little or no work.

Now the city Department of Education is sitting on the case in what whistleblowers and critics fear is a cover-up.

“Once again there is no resolve whatsoever by DOE to address widespread grade fraud within NYC schools,” said Queens City Councilman Robert Holden, who first met with the Maspeth teachers.

In the summer of 2019, Holden alerted Mayor de Blasio, who took no immediate action but assured the allegations would be investigated. Eventually, DOE investigators spoke to many teachers and students at the school before the COVID-19 shutdown in March.

DOE officials claim they still “have not been able” to question Principal Khurshid Abdul-Mutakabbir and an assistant principal since March — even though schools reopened in late September, both in-person and remotely. The final interviews are needed to close the case, they say.

The DOE’s Office of Special Investigations (OSI)  has not even scheduled the interviews, according to CSA, the union that represents principals and other administrators.

“OSI has not conducted interviews with school leaders during the pandemic simply because the DOE has not proposed any plan to do so,”  CSA spokesman Craig DiFolco told The Post.

The independent Special Commissioner of Investigation for city schools says its own probe “is still pending.”

DOE spokeswoman Danielle Filson would not explain the standstill.

“We will not compromise the thoroughness and integrity of SCI’s ongoing independent investigation, as well as our own internal investigation,” she said in a statement.

Holden calls it foot-dragging. “It’s mind-boggling that OSI has still failed to complete their investigation and failed to interview the two main individuals associated with this alleged nefarious activity,” he said.

“The Maspeth HS whistleblowers came to my office in August 2019 with a mountain of well-documented evidence of intimidation, deceit, fraud and abuse of power among other things that appeared to be going on.”

He added, “Justice delayed is justice denied for dozens of former teachers, staff, students and parents.”

Holden also sent a letter on Jan. 30 to Seth DuCharme, acting US Attorney in the Eastern District of New York, urging the Feds to step in.

“Whistleblowers have reached out to my office, frustrated that this alleged fraud continues and are beginning to lose faith in the legal system,” the letter says.

Staffers said Abdul-Mutakabbir, who made $193,000 last year, has rarely participated in meetings or school events — even pre-pandemic — and many students can’t even recognize him. One called him “an absent presence.”

Teachers are disheartened by the DOE delay. “I don’t think anything is going to get done, ever,” one said.

The Truth About Donald Trump’s Relationship With Kevin McCarthy