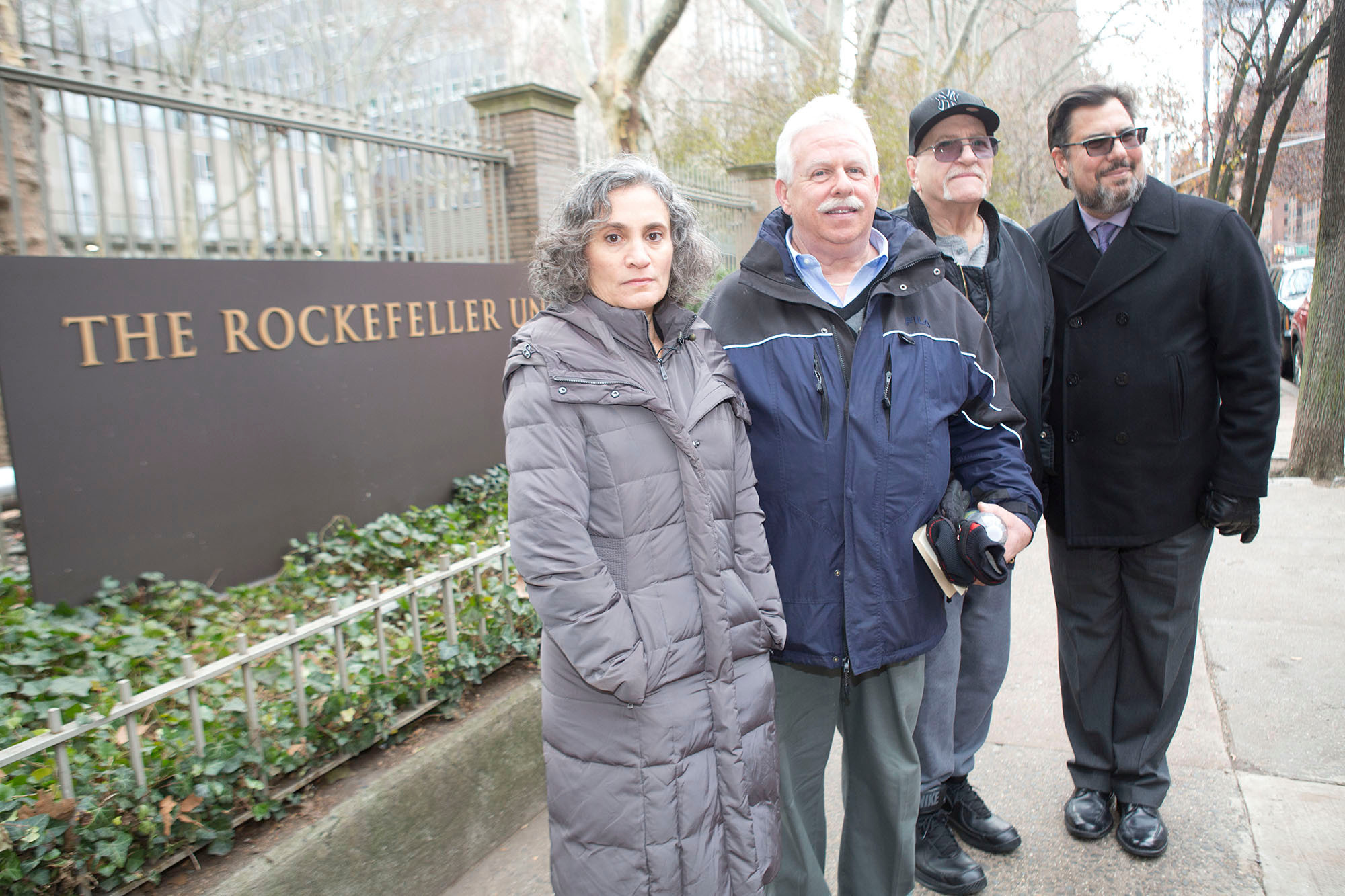 Former patients of a Big Apple pediatrician who was accused of sexually abusing children say the disgraced doctor took photos of them naked — and now they’re demanding to know where the images are.

Ex-patients of the late Dr. Reginald Archibald — who worked at Manhattan’s Rockefeller University Hospital as an endocrinologist specializing in child growth from 1948 to 1982 — have accused him of preying on them and molesting them during exams.

The hospital has previously acknowledged that Archibald, who died in 2007, engaged in “inappropriate conduct” during patient exams.

But the former patients say he also took photos of them naked for what he described as scientific research, and the hospital has never said whether any such photographs were found in hospital records.

Four patients from across the country gathered with their lawyers in front of the Upper East Side hospital Tuesday to call on the facility to turn over the illicit photos.

“Not knowing where the pictures are is quite frustrating. They could be downloaded,” said former patient Peter Katsikis, 61, of North Carolina. “I have a complete feeling of helplessness.”

Katsikis claims he was 12 years old when he saw Archibald for the first and only time in 1969, when the doctor told him to take off his clothes, molested him, and snapped dozens of photos of him.

“When I left his office and when I left the examination room, I was very confused because what just happened turned out to be my first sexual experience,” Katsikis said, adding, “Over the years, I realized what I experienced was a loss of innocence.”

Katsikis said the photos Archibald took of him were close-ups in “three different positions.”

Another former patient, 66-year-old Ron Samuel, said he was placed under the care of Archibald and Rockefeller University Hospital starting from age 5, from 1957 to 1968.

“As it turned out, examinations that Dr. Archibald performed on me over the 11 years I was cared for under the guise of medical practice in actuality ended up to be totally inappropriate and egregious behavior that will never fade from my memory,” Samuel said.

Samuel, who claims the doctor snapped at least 40 photos of him, went on to say that Archibald “was never held accountable and the pictures have not been found.”

Ex-patient Gail Coleman said she contacted the hospital for her records 15 years ago. After several requests, the hospital sent her the files, but the photos that were taken of her were not included.

“It’s very emotional. Everything just came flooding back as soon as I got here,” Coleman said.

She said that when she saw Archibald once a year for four years starting from the age of 11, “he touched me inappropriately and I knew at the time that was wrong.”

“Every year he took new pictures,” she said. “He had me stand facing him … It was a very vulnerable position.”

Attorneys for ex-patients of Archibald say that more than 1,000 children may have been targeted by the doctor.

Michael Pfau, an attorney who is representing about 100 former patients, said the mystery of where the photos might be continues to haunt his clients.

“In addition to touching children inappropriately during his exams and his evaluations, he also took illicit photographs for over 30 years,” Pfau said. “Those photographs have not been returned.”

Rockefeller University Hospital has said that in 2004, it notified authorities of Archibald’s alleged abuse after receiving a report from a former patient.