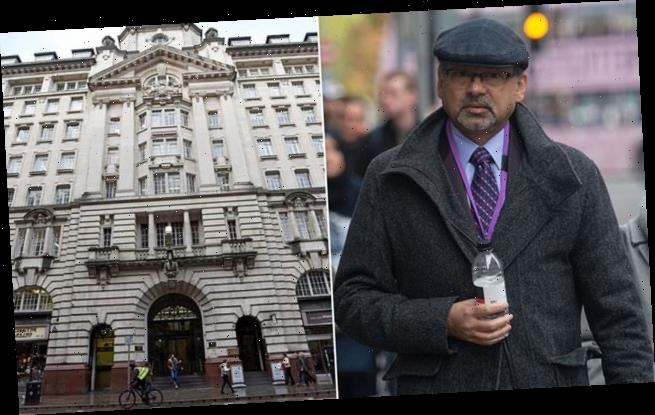 Senior heart specialist, 61, molested an aspiring 18-year-old medical student in front of her mother during a series of unnecessary, improper and intimate examinations, tribunal hears 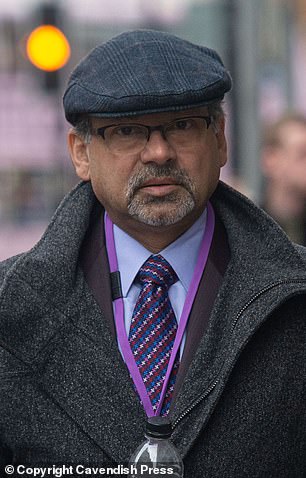 A senior heart specialist molested an aspiring medical student in front of her mother during a series of unnecessary, improper and intimate examinations in 2013, a tribunal heard today.

It was claimed that he carried out an illicit internal examination of an 18-year-old woman and also held her breasts during four separate consultations over an eight-month period.

The female patient, who was studying for her A-levels and was due to enroll at King’s College Medical School at the time, assumed the examinations were routine.

But she reported the married father-of-one a year later to the General Medical Council (GMC) when she realised her treatment was inappropriate after developing a better knowledge of anatomy during her studies, it was said.

Dr Basu originally stood trial at Woolwich Crown Court accused of sexually assaulting the trainee doctor and two other patients but was cleared by a jury of the 10 charges.

The incidents occurred between November 2013 and June 2014 after the young woman, known as Patient A, was refereed to Dr Basu after she developed a ‘consistently high heart rate,’ the Medical Practitioners Tribunal Service heard.

‘At the time of the consultations Patient A was a college student but when she complained to the GMC, she was studying medicine at King’s College.

‘This is noteworthy and important because it is reasonable to infer that she had a fair understanding of anatomy and medicine and it follows that it is less likely that she is mistaken about these matters.

‘Secondly, Dr Basu frequently taught medical students at King’s College and this was known to the Patient. It follows that the making of false or malicious allegations by Patient A against Dr Basu would be unwise and likely to cause difficulties in her studies and future medical career.’ 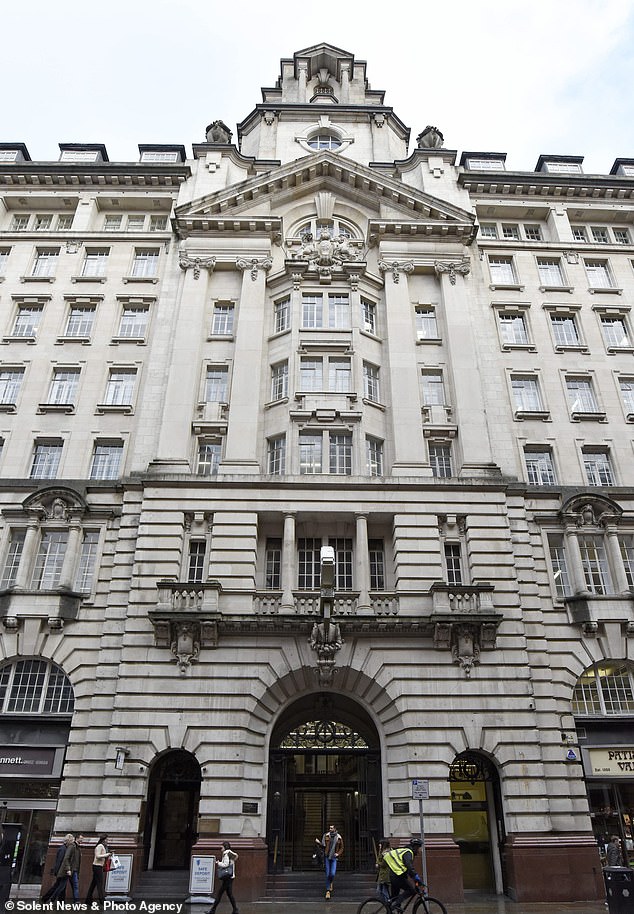 Dr Basu originally stood trial at Woolwich Crown Court accused of sexually assaulting the trainee doctor and two other patients but was cleared by a jury of the 10 charges. He now faces a disciplinary hearing at the Medical Practitioners Tribunal Service in Manchester (pictured)

The hearing was told that the teenager was accompanied to the first consultation by her mother on November 12, 2013.

‘But Dr Basu asked Patient A to go behind a curtain and remove her bra. He then performed a breast examination by cupping Patient A’s breasts with his hands.

‘He felt each breast and touched the nipples. Dr Basu did not offer a chaperone when he should have done – notwithstanding the presence of Patient A’s mother.

‘He did not explain why the breast examination was necessary but it was unnecessary. At the time, Patient A did not think anything of the examination and trusted Dr Basu.

‘He told her that he was an acute physician so Patient A believed he was saving time rather than referring her on.’

The hearing was told that during the second consultation on February 21, 2014, Patient A attended alone and she was again asked to remove her bra before Basu performed an identical breast examination.

The teenager attended the third consultation on May 9 that same year with her boyfriend but Dr Basu asked him to leave the room and then carried out a third examination of her breast, it was said.

The fourth examination took place on June 27, 2014, after the patient had finished her A-levels.

Mr Birrell said: ‘Dr Basu performed a breast examination that was identical to that performed on the earlier occasions and by this time, she was becoming suspicious of his actions – but she continued to trust him, as a doctor.

‘He also told her that he was going to perform an internal examination to examine her bladder. He asked Patient A to remove her jeans and underwear and she was naked on the examination table.

‘Dr Basu then asked Patient A to move her legs apart and whilst he was performing the internal examination, he asked Patient A inappropriate questions about her sex life, including how often she had sex and whether she used contraception.

‘After that appointment she went home and told her mother, “I had my first internal today” and her mother thought this was strange and suspicious.’

The patient, now 24, told the hearing: ‘At the time I was at college and I had applied for medical school – my first choice was King’s College.

‘It’s very difficult to get in there but I had a suture kit to practice on and I used some of the equipment on myself and friends.

‘I did work experience as well including pain management at Lewisham Hospital. I spent some time in the morning on the labour ward and saw two c-sections.

‘I also spent a week on A&E and I had basic cardiac knowledge – but I was not witness to any chest or breast examination.

‘I’d seen people use stethoscopes to examine people on the chest – but I’d not seen a breast examination conducted.’

She told how she had gone to see Dr Basu after suffering high blood pressure as well as palpitations, irregular heartbeat and feeling of nausea.

The woman added: ‘He introduced himself, asked me to explain what was going on and I told him the palpitations were happening frequently and explained there were episodes when I felt I was going to lose consciousness and some episodes when I did.

‘I told him I sometimes have chest pain. He asked for my past medical history and social history and he wanted to know if I drank, smoked or took drugs. I said I was doing my A-levels and I wanted to be a doctor and had applied for medical school and my first choice was King’s.

‘He said he occasionally taught at King’s and he might see me there, that we might run into each other there.

‘He touched my breast as he was checking for lumps and he said he couldn’t find anything and there was nothing to worry about. I trusted the doctor and it wasn’t something that came into my head. You trust doctors to do the right thing.’

She added: ‘I remember he touched both my breasts using both hands. I have tried to forget it but it didn’t vary – it was the same sort of examination on all four appointments. I might have knowledge of chaperones but I didn’t have the courage to ask for one.

‘I had to take my top off and take my bra off but I was afraid to ask for a chaperone, I trusted him and it was like kicking us a fuss. It was not my job as a patient to do that.

‘I remember the first appointment I questioned whether to remove the top and the bra and he said “yes”. The second, third and fourth, it was what I was to do. I didn’t think to flag it up to the nurse and I assumed it was just normal, stupidly.

‘I go over the fourth appointment in my head a lot. I’ve blocked stuff out. I trusted him, I thought it must be relevant if the doctor is doing it, there must be a reason for it.

‘That was my perception at the time… I was not confident then, I’m still not really confident now. An abdominal examination doesn’t require someone putting two fingers inside your vagina.’

During his trial in 2017, Dr Basu said he was ‘devastated’ by the allegations and said he now tells female patients to keep their bras on.

His father and sister have both been doctors , his mother works as a nurse and his grandfather also practised medicine.

He worked at the Royal Brompton Hospital in Uxbridge and the Heatherwood Hospital in Ascot, Berkshire, before he began working at the Lewisham Hospital in February 2004.